Amy Rosen shares her delicious potato pancake recipe in time for the eight-day Jewish holiday that begins this week. 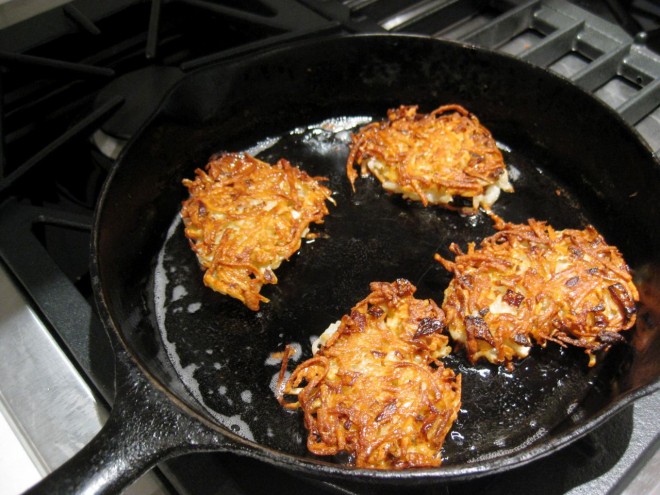 My mother is usually in charge of the latke (potato pancake) assembly line; a necessity when making hundreds of latkes for various parties and the odd fundraiser. It’s a nightmare that includes taping newspaper to the walls and floors of my parent’s kitchen (to ostensibly absorb airborne oil droplets), before blending up great batches of potato batter and ladling it into the electric frying pan, batch by batch, hour upon hour.

In my kitchen, with only 60 latkes to make for my family instead of 500, a little grating, squeezing, mixing and cast-iron pan-frying is doable. Crisp on the outside, hot and soft within, these lacy beauties are too good to enjoy just once a year. 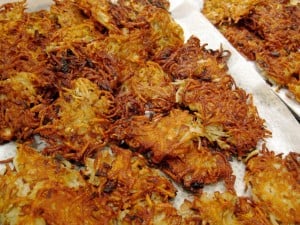