They may seem remarkably similar, but these traditional desserts each bring something rich to the holiday table. Find out what makes them different, and why we always make both! 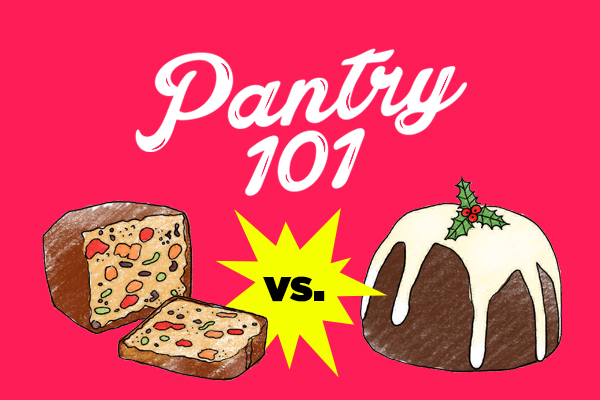 Both desserts are steeped in lore and tradition, and both only appear one time of year. Both are also based on dried fruit and candied citrus peel, but that’s where the similarities end. But there’s no need to choose one or the other – make both (I do!). 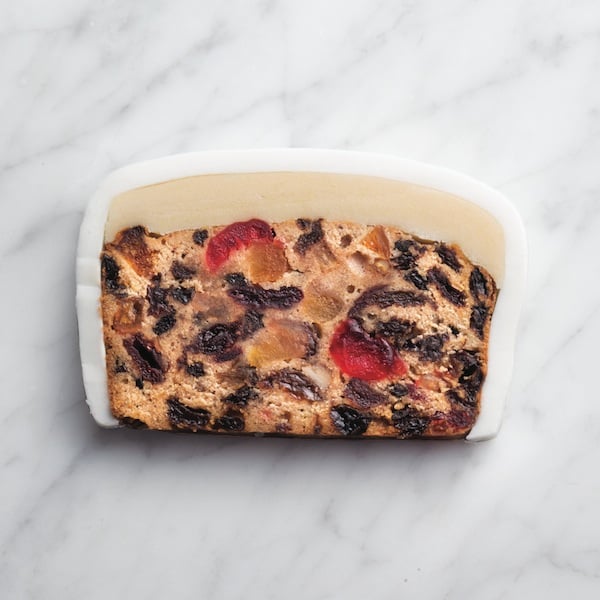 Christmas cake
A fruitcake served at Christmas, it’s a rich butter cake made of dried fruit (particularly many types of raisins and currants) with candied citrus peel, preserved cherries and occasionally nuts. The batter can be light or dark (molasses makes it dark) and it’s always seasoned with sweet spices such as cinnamon, nutmeg and allspice.  The cake is usually made many weeks or months in advance and regularly “fed” or brushed generously with brandy, which allows it to last at room temperature for a very long time (some say years).

It is made luxurious for the festive season by adding a layer of marzipan on top, and then covered by either royal icing or fondant.

Fruitcake has long been the traditional sweet served at weddings, parcelled out in small pieces as a take-home gift for guests (single girls place it under their pillow in hopes of dreaming about their future husbands). The top tier is saved to celebrate the couple’s first anniversary (or first child, whichever comes first). 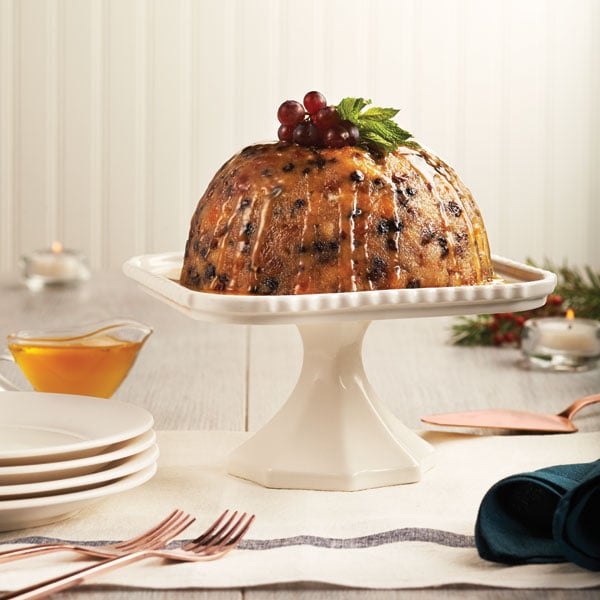 Christmas pudding
A traditional steamed dessert (“pudding”) served at Christmas. The British have many delicious and charmingly-named steamed puddings in their culinary archives, from Spotted Dick to Sticky Toffee. All are cooked in a covered bowls set over a pot of simmering water.

Christmas pudding is made with suet instead of butter, which gives it an irreplaceably rich, slightly mysterious flavour, and a crumbly, moist texture. It’s packed with raisins, candied citrus peel and breadcrumbs. Typically there is brandy in the batter as well, but no spices. Brandy is also used to set the pudding alight once unmoulded for a dramatic, festive presentation.

Like Christmas cake, Christmas pudding is also best made in advance (traditionally on Stir-Up Sunday, the last Sunday before Advent) and kept at room temperature to blend and boost the flavours.