Parma, the capital of Italy’s Food Valley, is home to the heavenly trio of Parmesan cheese, prosciutto and pasta — and the Academia Barilla. 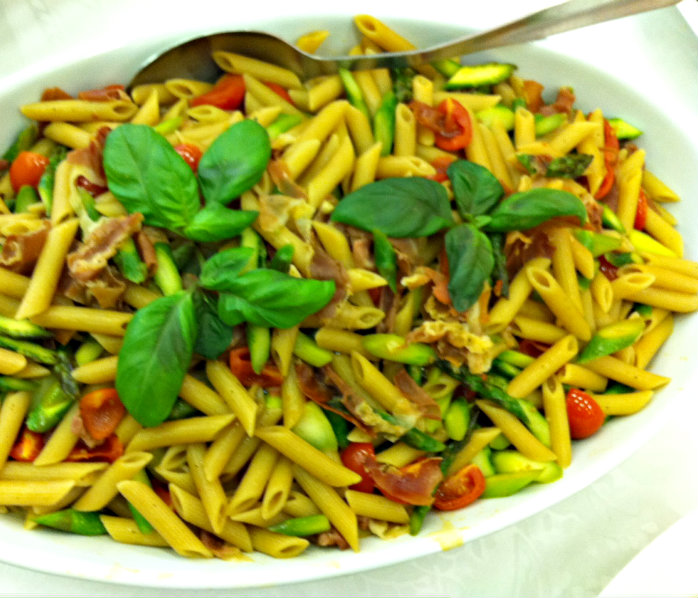 Watching Lidia Bastianich cook soul-satisfying pasta on PBS inspired me to put Italy on my bucket list. So when Barilla, the world’s largest pasta producer, invited me to tour their hometown of Parma, I didn’t think twice.

We stayed at Hotel Grand de Ville, next door to the Academia Barilla, which houses an archive of over 8,000 books, 3 million recipes and a menu collection dating back to the 1600s. It’s a priceless lifeline for foodies keen on Italian and European culinary trivia. And a perfect fit for the capital of Italy’s Food Valley — home to the heavenly trio of Parmesan cheese, prosciutto and pasta. 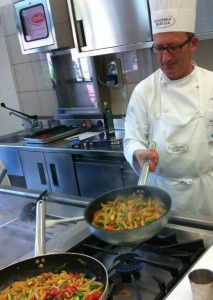 The past and future melded as we entered the huge state-of-the-art teaching kitchen, where instructors speak in Italian while international students listen through a translated feed.

Soon enough, we were divided into four groups, and it was our turn to cook. I donned an apron and a chef’s hat and felt like an Italian mama as I peeled fresh fava beans and diced a small hill of carrots and zucchini for farfalle vegetable and calamari salad.

We cleaned prickly Italian artichokes (which would later be sautéed), and chopped bacon (a stand-in for guanciale, salt-cured pork jowl) to make spaghettoni with amatriciana sauce. When our instructor undercooked the pasta by three minutes, I wondered what he was doing. But he quickly added the drained pasta to a pan and simmered it with the sauce until it was perfectly al dente — I couldn’t believe how much extra flavour it absorbed by finishing it in the sauce!

At long last, all the plated dishes were lined up on an extra-long banquet table covered by possibly the longest white tablecloth ever, and it struck me that native Italians do not over-sauce pasta. Instead, pastas like the rigatoni alla norma, glisten with a light finishing of olive oil, parmesan and fresh ground pepper. Even a simple soup like pasta e fagioli, stripped down to its simple peasant roots, was amazing.

If Lidia B. was in the room, I’m sure she would have dug in, right along with us. 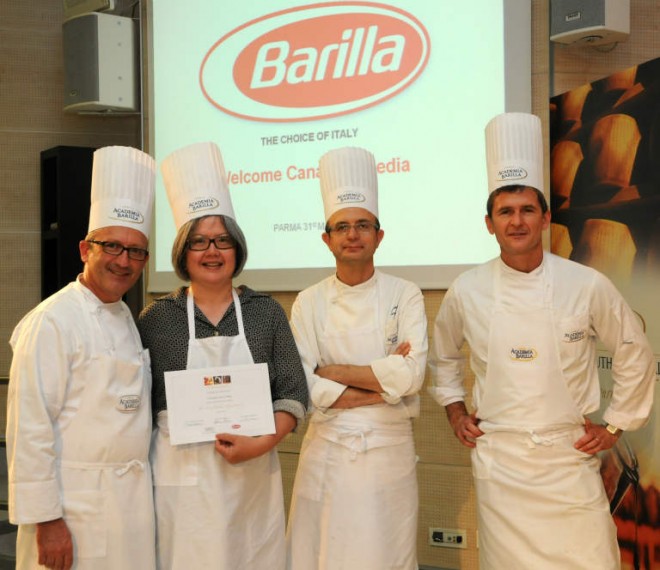