Eating at Terroir: Lessons from the world's top chefs

Terroir is an annual symposium for and by the culinary industry. It’s a de facto think tank about the current state and future of food.

Terroir is an annual symposium for and by the culinary industry. It’s a de facto think tank about the current state and future of food – everything from the role memory plays to culture and taste are explored as the best of the global hospitality network participates in main stage presentations and smaller break-out sessions for an intense one-day event.
I just attended this year’s, the seventh edition, and was blown away. Here are a few highlights, lessons from some of the world’s best chefs. 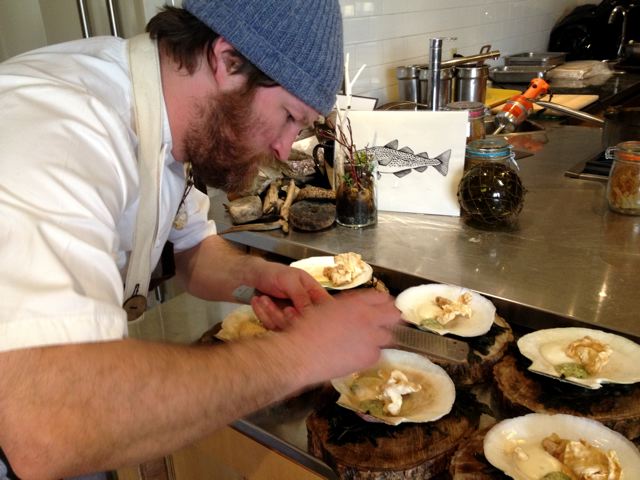 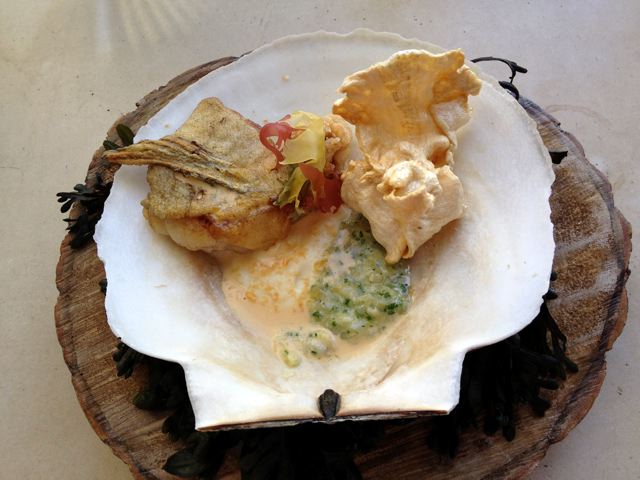 Jeremy Charles, Raymonds St. John’s
During a cooking demo in the GE Monogram kitchen, Chef Charles spoke of the terroir of Newfoundland; the special characteristics of the region found in local ingredients like lamb and seafood. “Newfoundland is cod,” he says, “cod is king.” In many languages, fish is known simply as cod. “It’s our history, our way of life.” The dish that the chef prepared was an ode to cod – a confit of cod tongue, fried cod bladder that puffed up like magic (“I call it Newfoundland nachos” he jokes. The chef also made cod chitlins out of the intestines and cooked off the collar. In other words, he used every part of the fish, except the loin – the filets that are usually the only part used. And you know what? It was one of the best fish dishes I’ve ever eaten.

Magnus Nilsson, Faviken, Jarpen, Sweden
On the main stage at the Arcadian Court, Chef Nilsson, whose dreamy book Faviken we featured in Chatelaine, gave an impassioned talk about the state of the world’s food supply, specifically as it relates to meat and climate change. “We consume too much of everything,” he explains. “We are aware of this and cannot or will not make the change. Why? It’s too easy for us to make the wrong choices. Food is too cheap because we don’t pay full price for it.” He speaks of agricultural subsidies and supermarket sales. “I focus on the emotional side of things,” says Chef Nilsson. Most of us have lost our connection to food as it relates to nature – farm eggs, gardens, foraging in forests. Then he tells a tear-jerking story of raising, caring for and befriending, and ultimately slaughtering an animal for its meat, and then showing us a graphic video of a slaughter. “I want to remind people what meat really is.” In other words, it’s not a commodity.

Connie Desousa, Charcut Roast House, Calgary
Back in the GE Monogram kitchen, Chef Connie DeSousa (whose amazing recipes we featured in Chatelaine), is standing behind two giant pig heads that she’s about to turn into mortadella, “the best tasting bologna you’ll ever taste,” she jokes. Full of pistachios, pork and truffle oil; the main ingredient is Alberta pork. “They always come in with smiles on their faces,” she says. “We like to think they only had one bad day.” Chef Jason Inniss, a renowned Toronto chef, is called to the front, ties on an apron, and suddenly there’s a competition on to see who can butcher a pig’s head the fastest. Chef DeSousa smokes the competition while achieving a personal-best – with an amazing time of 49 seconds! She then goes on to make the mortadella, made with the purest ingredients, including a well-cared animal. 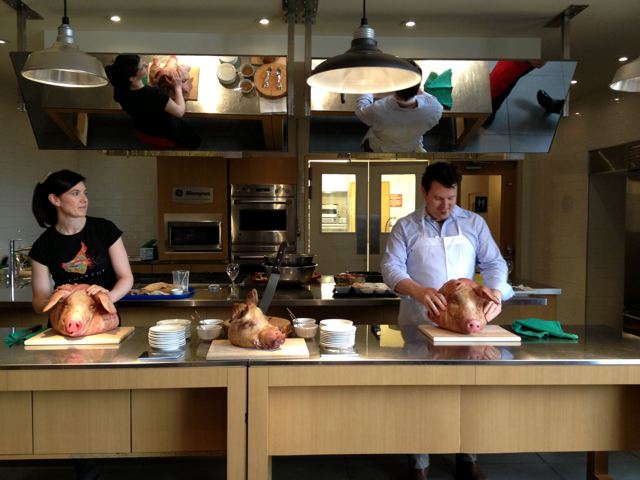 Rene Redzepi, Noma, Copenhagen
The headliner of the event was Rene Redzepi, currently the world’s top chef at the world’s #1 restaurant. He takes to the main stage, the lights dim, and there he stands, holding up a few pieces of paper: “I have a story to tell,” he says. For the next 15 minutes he beautifully explains, almost like a spoken word performance, how he burned out in 2010 at the height of his career, then tried to remind himself why he got into the chef game in the first place. And why he loves food. Turns out it was the amazing chicken he enjoyed from a dusty backyard in Macedonia when he was on a boyhood vacation with his extended family. They played with those chickens, slaughtered and plucked them, then the family matriarchs lovingly rubbed them with chili, salt and olive oil before roasting them over a fire of chestnut wood. The hot, crispy-skinned birds were the start of a love affair with food.
Chef Redzepi went back to his roots and in doing so rediscovered his present, and future. 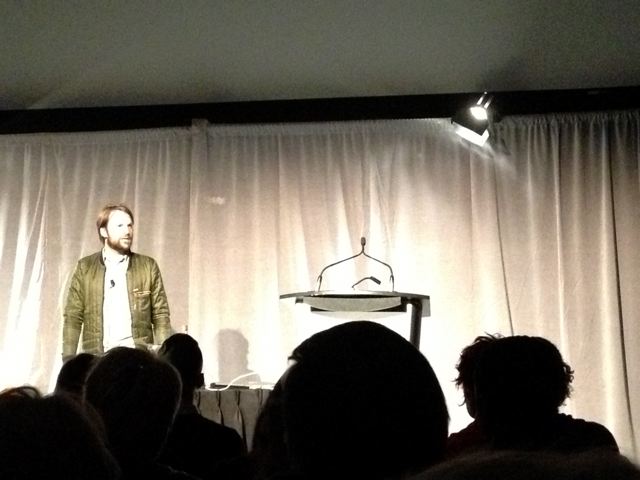