Meet the woman who taught Josh Brolin how to make pie!

Creating the perfectly imperfect pie takes a bit of technique, the right recipe, and a lot of butter. 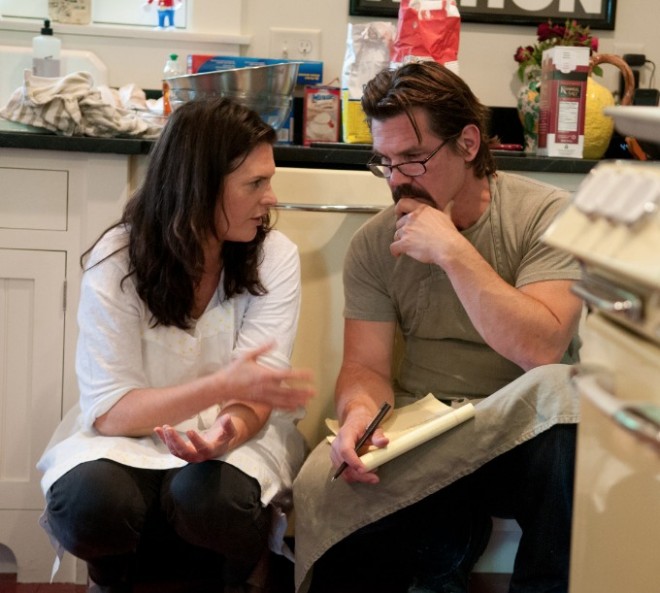 In film, an artfully executed food scene can make us laugh, wince with empathy or fire up our appetites. But how, exactly, is the food developed and styled to have such presence on the big screen?

We had the chance to find out when we spoke with Susan Spungen, the founding food editor at Martha Stewart Living, cook, author and in-demand food stylist. Her film work includes Eat, Pray, Love, Julie & Julia and It’s Complicated, so it’s no surprise that when Jason Reitman’s new movie, Labor Day, needed a stylist for the perfectly imperfect homemade pie — she got the call.

Q. Joyce Maynard uses her own pie recipe in her novel. Were you able to use her original recipe, or did you have to make changes?
A. We followed both her recipe and her techniques. We actually worked out a formula that was measured [Maynard didn’t have set measurements] so that we could get consistent results from time to time. That was the only real change we made.

Q. How did you approach styling the pie — was there a particular technique involved?
A. The first few I made for Jason Reitman’s approval were too pretty and perfect, so there was a sense of un-learning the techniques I have been using my whole life. It was about making it sloppy and messy — by the end, I was tearing off pieces of dough, making a very obvious patch right on the pie, making the edge look very unstudied — sort of like someone did it really quickly, without thinking. Pie is one of those things that is pretty forgiving, so even if you mess it up, it’s still pretty darned good.

Q. I spotted a tin of Crisco and cubes of butter being used for the pastry onscreen. What’s your personal preference?
A. I would say I’m a butter girl. I just like the taste and texture of butter. I have used half Crisco at times, because it can be flakier and not as hard, but 99 percent of the time when I make a pie, I use all butter.

Q. What turned out to be the most difficult part of making the pies on set?
A. It was August, and we had some really hot and sticky days; you could put a piece of dough out for the actors to roll out, but by the time the actors started rolling, it might have been too melted, so there was a lot of stopping and starting and replacing what they’re working with, because it’s warmed up too much. That was really the biggest challenge of doing something like pie in real time, on a real movie set that wasn’t air conditioned.

Q. How many pies did you end up making for the movie?
A. I’m guessing…but it would be safe to say that we made a couple hundred pies in all!

Q. Of the actors that you’ve had the opportunity to work with, who would you say has been a star student when it comes to cooking onscreen?
A. Amy Adams was the one that I really had to teach the most [for Julie & Julia], because she had to do many many things that were outside of her existing knowledge of cooking, and she had to do dozens of scenes. So she needed the most tutoring, and was a great student! But, I loved working with Josh Brolin on Labor Day. He was super down-to-earth, took the job really seriously, and was so easy to talk to; that it was really fun to work with him on this.

Want to try making the pie that Brolin made day after day, on and off set for Labor Day? Get the recipe below: 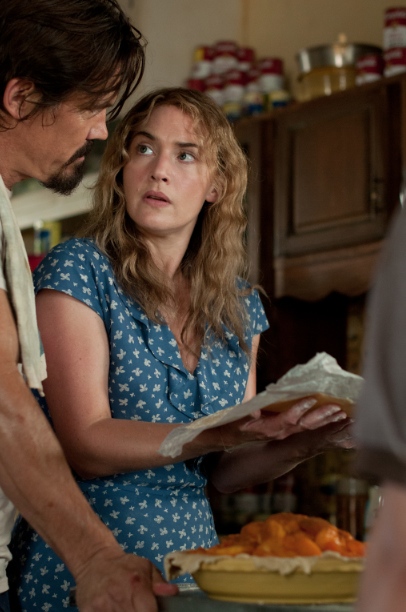 *The above interview has been condensed.