How to forage for food: Eight delicacies found in PEI

The forest-to-fork movement is gaining momentum across Canada. We get a taste of this new trend in Prince Edward Island 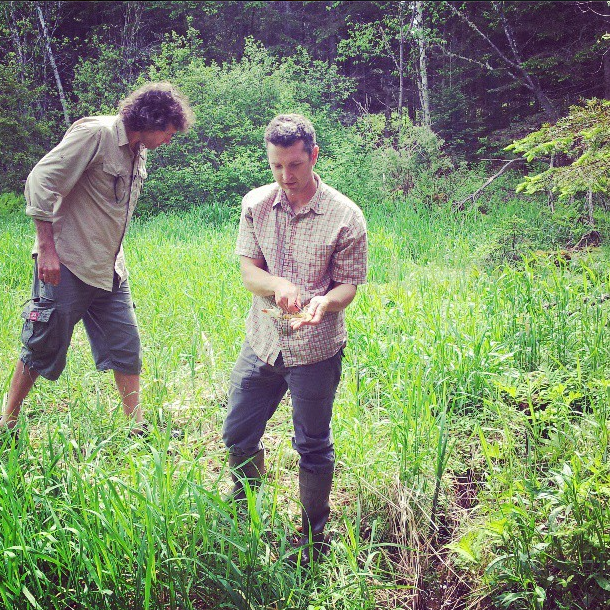 Move over farm-to-table, and make room for the forest-to-fork movement. I recently spent some time in beautiful Prince Edward Island learning all about the art of foraging, courtesy of PEI celebrity chef, Michael Smith.

A way of life to many islanders, ‘foraging’ — the act of finding and harvesting wild edibles — has returned not only as a sustainable food sourcing method, but also as an emerging food trend. Chefs clear across Canada are finding ways to incorporate foraged ingredients such as chanterelles and dulse into their restaurant dishes, from Michael Caballo of Toronto’s Edulis, to Charlottetown chefs Terre Rouge‘s Dave Mottershall and Lot 30’s Gordon Bailey. There’s even a restaurant in Vancouver called just that — “Forage”.

Some of these chefs (notably Caballo) spend time in the outdoors foraging themselves, but others enlist the help of a professional forager — someone who makes their living foraging for chefs and restaurant owners. Charlottetown resident Sylvain Cormier is one such forager who’s out hunting edibles 300 days of the year. What started out as a hobby for Cormier has turned into a full-time job. His business, Everything Wild, means he spends most of his days in the woods, beaches and even the sea (or as Cormier calls them, his “offices”). Rain or shine, chefs like Mottershall, Bailey, and Smith depend on forager Cormier to collect nature’s bounty for their restaurant dishes.

On our foraging excursion, Cormier and Smith led us into a forest to introduce us to some of their favourite foraged finds. Here’s a roundup of some of the tasty hidden gems that can be foraged and found in PEI:

Chanterelles: One of Smith’s favourites, these prized mushrooms are only available from summer to early fall. Also called “golden chanterelles”, they’re firm and yellowish, and grow by themselves or in clumps on the ground. Wonderful sautéed with butter and tossed with pasta.

Cattails: Grown in sunny, moist areas, cattails can be found on the shores of lakes and ponds, or in flooded marshes in early summer (they look like hot dogs on a stick). Cattails are plucked from the wetlands, trimmed and peeled back to their white ‘shoot’ (the edible portion that resembles heart of palm). Nice when chopped up and sautéed.

Dulse: Take a stroll along the beach and you’re likely to find sea vegetables along the seashores during the spring and fall. Dark-red dulse is only one example of the many seaweeds you can forage and eat on PEI. Packed with minerals, dulse is also easy to prepare. Simply pan fry or oven bake for a few minutes for a crispy, salty treat.

Fiddleheads The young sprouts of a variety of fern pants, fiddleheads are identified by their trademark coil. They have a short season — a mere two months in early spring (April-May). Find them along river banks and the shores of lakes or ponds. They can be used interchangeably with asparagus as they have a similar texture.

Sea asparagus: Also known as pickleweed, sea asparagus grows in saltwater marshes so are, in turn, quite salty. You can find them from late summer into the fall, but if you do, only harvest the top half of the stems so the bottom half can grow new shoots. Great sautéed with butter and served with fish.

Spruce shoots/tips: Pulled straight from the spruce tree, they can only be eaten during summer, when the shoots are young. A natural source of vitamin C, these tender shoots have a mild herbaceous flavour, and taste like a cross between rosemary, citrus and pine. Steep them in hot water to make tea, or better still, infuse them in vodka to make Michael Smith’s special “Spring Christmas Cocktail” (recipe below).

Watercress: These peppery greens grow in calm waters like streams, ponds and marshy areas. They grow in bunches, and are identified by their small white flowers. Eat it raw and in salads: Try our recipe for watercress, fennel and mandarin salad.

Wild blueberries: PEI is home to 125 blueberry farms, but if you’re lucky you might find some native wild blueberries hanging around in late summer. These antioxidant-rich berries are perfect to eat on their own, or in desserts. Bake up our PEI-inspired blueberry-lemon cheesecake bars. 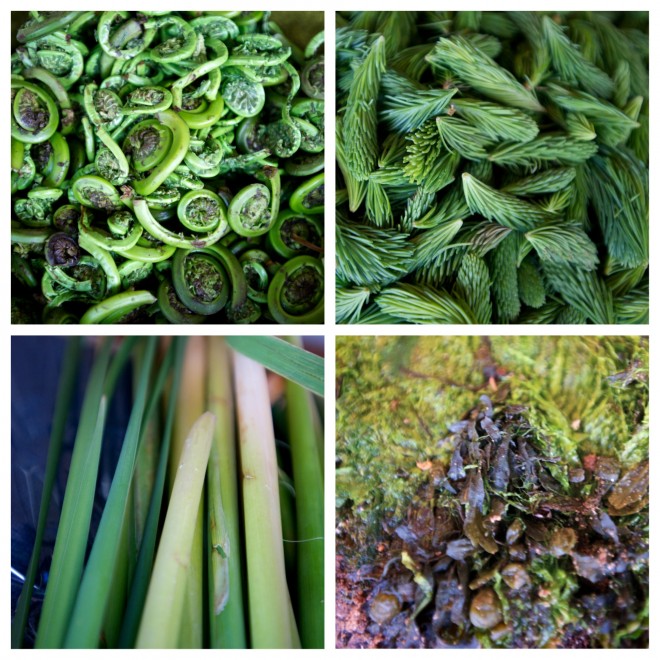 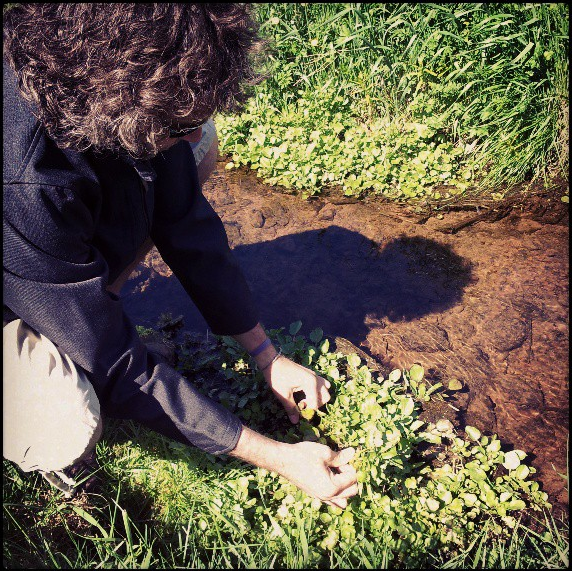 Clamouring to try a little foraging yourself? Look no further than your mobile phone: recently created apps like Wild Edibles and Forage provide amateurs with the tools to guide you towards edible plants (and more importantly, away from dangerous ones!).

Here, chef Michael Smith shares his favourite recipe for foraged spruce tips. And don’t let the name fool you — this ice-cold fizzy cocktail may look festive, but it’s the perfect thirst-quencher for a hot summer day: 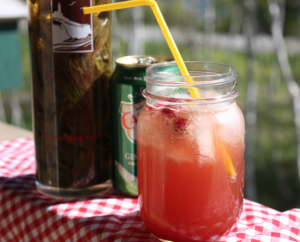 CLEAN spruce tips, removing any brown tips. To infuse the vodka, drop spruce tips into bottle. Let vodka stand for at least one week in a cool, dark place.

COMBINE cranberry jelly with water in a medium saucepan and set over medium-high. Bring to a boil, whisking occasionally, then remove from heat. Refrigerate in a Mason jar until chilled and thickened into cool cranberry syrup.

ARRANGE 500-mL Mason jars on your counter. Fill each with a handful of ice. Pour 2 tbsp of spruce tip-infused vodka into each, then 1/4 cup cranberry syrup. Sprinkle in ginger, and top with ginger ale. Tighten on lids and gently invert the jar, carefully mixing the syrup into the cocktail. Remove the lid and garnish with more spruce tips and a few frozen cranberries.