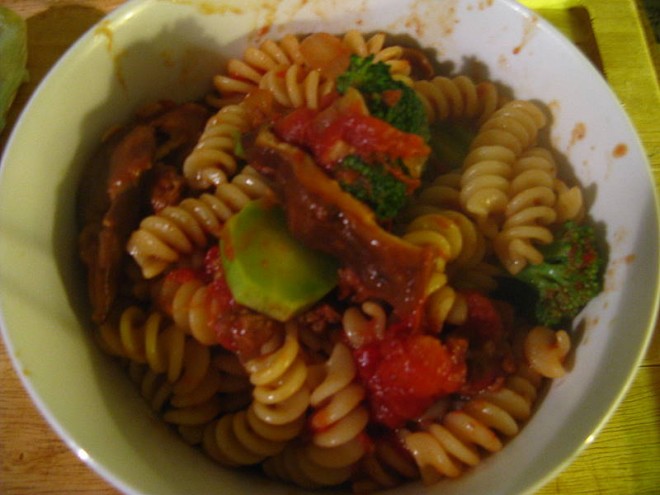 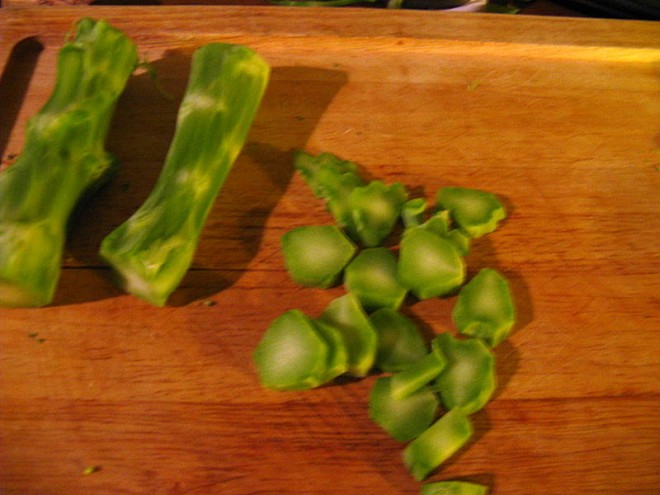 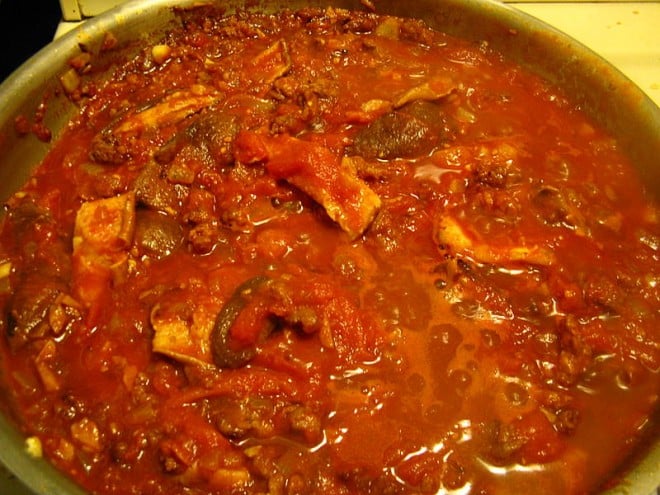 Fall is officially here… And I am finally settling in a little bit (I know, I know, it’s been here for a while now). As I’m sure you can tell from my recent posts, the last couple of months have been very eventful for me . I’m not complaining, but I’m happy to relax a little. I’ve used this downtime to do a bit of seasonal cleaning and to get back to basics in the kitchen. So I made pasta on Thursday night. I love carbs! I made a version of our Sausage and Tomato Ragout from the November issue.

While the sauce was simmering I put the pasta on to cook. I really like to give the sauce a little extra time when I use hot sausages – it mellows out that hot-hot spice (that sometimes comes with a burning sensation) but still adds so much flavour to the sauce.

My last flourish for this pasta is Cambazola cheese: it’s a combo of Camembert and Gorgonzola. It’s great for pasta because it adds a bit of creaminess and lots of lovely, and subtle, blue-cheese flavour. I was feeling extra cheesy (so this was the perfect grub to tuck into while watching some cheesy t.v. – I admit it I was timing dinner so it would be ready in time for me to catch Grey’s).

Above is a shot of the finished dish. I took a picture before I added the Parmesan because I knew once I did… you wouldn’t be able to see the pasta anymore.

I’ve been craving broccoli lately, so I had some lingering in the fridge. My tip is to use the stalks too. I just peel the tough exterior, then thinly slice them. Then I added them to the pasta for the last couple minutes of cooking. The stalks add that bit of extra crunch; Plus I feel good because there’s less waste. Reducing food waste is an important part of cooking that sometimes forget when I’m in a hurry to get dinner on the table. Below is a photo of the stalks in progress, they’re already peeled and I’m in the middle of slicing them.

It ’ s similar to a recipe that I’ve been making for years, but I always add a new twist; usually just so I can use up the extra vegetables in my fridge. This time I added shiitake mushrooms to the mix. I like them in this kind of pasta because they give the dish an even meatier texture. I added them once the sausage was crumbled and cooked. The sausage I used was a hot chorizo (the raw kind). Then I added the wine. I know almost nothing about wine so I picked up a 2005 French Bordeaux because I  hear they’re always a safe bet. This one was lovely, but I can’t remember the name. It was nice enough to enjoy sipping and cheap enough to feel fine about cooking with it. My rule for cooking with wine is: always use something that you would drink (even if it is plunk) because the flavour always shines through.