We go through our fair share of bacon in the kitchen. We've fried, baked and microwaved it, but grilling it on the BBQ is what brings us the most joy. 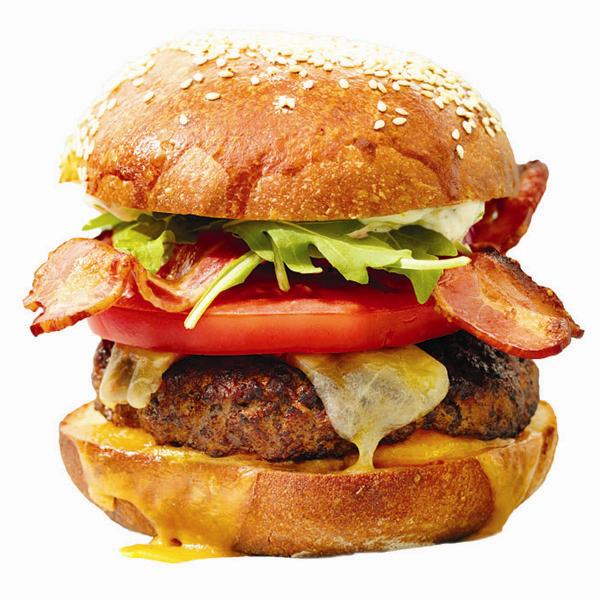 Try grilling it with: A classic burger.

We go through our fair share of bacon here, so we’ve become very familiar with it. And once we discovered the joy of grilling bacon on the BBQ, we had to share. (We’ve also included three other cooking techniques and our best bacon recipes.)

1. Grill it
Bacon cooked on the BBQ has a slight smokiness as the grill is able to hold the bacon in position, resulting in flat, crispy bacon. For best results, preheat the BBQ to medium. Take the chill off your bacon by letting it sit at room temperature for 10 to 15 min. When grill is hot, lay bacon on the grill making sure the slices do not touch. I recommend cooking no more than six strips at a time to reduce the amount of fat rendered into the BBQ at one time. Cook the bacon until the bottom has begun to get crisp and golden, then flip and repeat. Total cooking time will be between 5-7 minutes.

As is the case with anything, the better the product, the better the result. Bacon from your butcher will be cut slightly thicker which is ideal for the BBQ. It will take slightly longer to cook, but it’s worth it.

2. Pan-fry it
There is no great mystery to frying bacon. There is, however, the guaranteed splatter-y mess. When pan-frying bacon, use a non-stick frying pan to keep the bacon from sticking and to make your cleanup easier. Put as many slices in your pan as you can without crowding – the slices shouldn’t touch. Keep the heat at medium and cook the bacon until the bottom starts to turn golden, then flip. Repeat this process until you achieve the desired crispiness. Transfer slices to a paper-towel lined plate to blot off any extra grease.

Pan-frying often results in unevenly cooked bacon and a lot of mess. But if you are only cooking a few strips of bacon then pan-frying may be a good option. Otherwise, keep reading.

3. Microwave it
If you are in a rush, the microwave is a good, quick way to cook bacon with very little mess – and you don’t need to get the prepackaged, partially-cooked, microwaveable bacon. The texture of microwaved bacon – while still crisp – is slightly tougher than properly cooked bacon, but it is a more than acceptable alternative if you are craving a midday BLT (guilty). To cook bacon this way, you will need a microwave that has a rotating turntable. Lay 3 or 4 sheets of paper towel on a microwave-safe dish. Lay your strips of bacon on the paper towel. The strips shouldn’t touch or hang over the edge of the dish. Top bacon with another sheet of paper towel. Cook on high for between 1 and 1 1/2 minutes per strip of bacon.

Each microwave varies in power so keep a close eye on it and take care when removing it from the microwave . . . it will be hot, hot, hot!

4. Bake it
Baking bacon is the best way to get evenly cooked, flat bacon – and you can cook it in large batches with minimal mess. Preheat the oven to 400F. Line a large baking sheet with parchment, which will save you from extra pan scrubbing later on. Load the pan with a single layer of bacon strips. (You can typically get almost a full 454g on one sheet.) Bake in the centre of the oven for between 15-20 minutes. Check the bacon occasionally to see if you need to rotate your pan.

There are two schools of thought on flipping vs. not: personally, I’m a flipper which I do at the halfway point. When bacon is at desired crispiness, transfer slices to a paper towel-lined plate to blot of excess grease, then enjoy . . . and boy you will!

FILED UNDER: bacon In the Kitchen