Most of the world's lentils are grown in Canada's own backyard, Saskatchewan! Here are some great recipes and decor ideas using our very own Canadian produce. 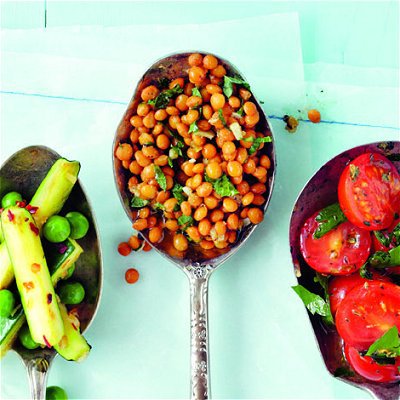 When we think of Canadian food, a couple obvious choices pop into mind such as maple syrup, poutine, ketchup chips… but did you know that Canada is also one of the largest growers and exporters of lentils? Saskatchewan grows over 60 percent of the world’s lentils and that province is the biggest lentil exporter in the world.

Last week, I attended a Canadian Lentils event hosted by Chef Michael Smith to learn all about this versatile pulse. We love using lentils in the Chatelaine Kitchen to give our recipes an added boost in texture, flavour and nutrients. Lentils are low in fat and a great source of protein, fibre and other healthy nutrients. They are naturally gluten-free and have an exceptionally low glycemic index (low GI), making them suitable for a gluten-free or diabetic diet.

To cut down on our prep and cooking times, we often call for canned lentils rather than dried. A common concern with the canned variety is the high sodium content used to preserve the lentils. The best way to deal that issue is to rinse your canned lentils really well under running water. Chef Smith suggests a great alternative to canned is pre-cooking dried lentils, then refrigerating or freezing them for later use:

Use your lentils in these eight great recipes:

Chef Michael Smith also shared with us his technique for sprouting lentils, a great project to do at home (and kids will love it too!). The end result are fresh sprouts that make a great addition to any salad or sandwich. 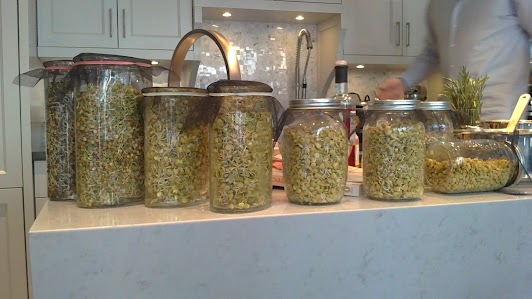 Sprouts also make a great table centrepiece. Try this idea from Julia Black, our assistant home editor. Sprinkle a handful of lentils onto some cotton balls or paper towels. Keep them damp (but not wet), and in a week or so you’ll have delicate, cheerful sprouts. We started ours in brie boxes, but saucers and small bowls work just as well. 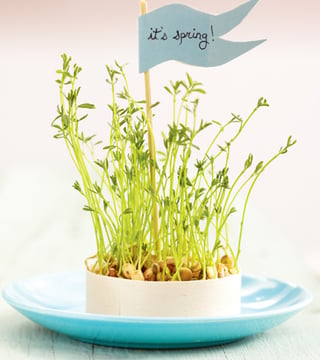