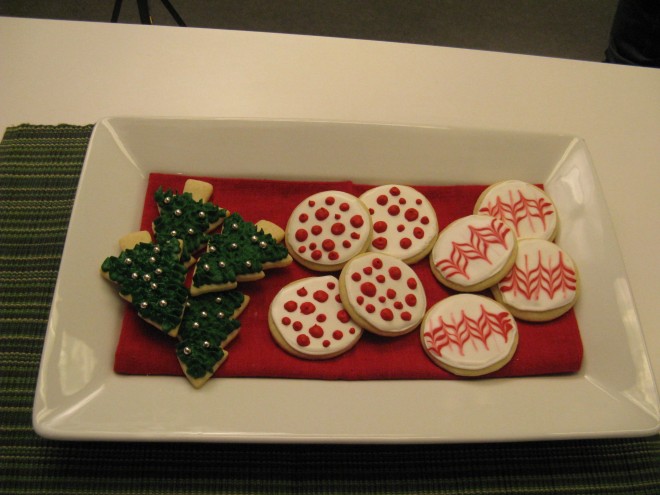 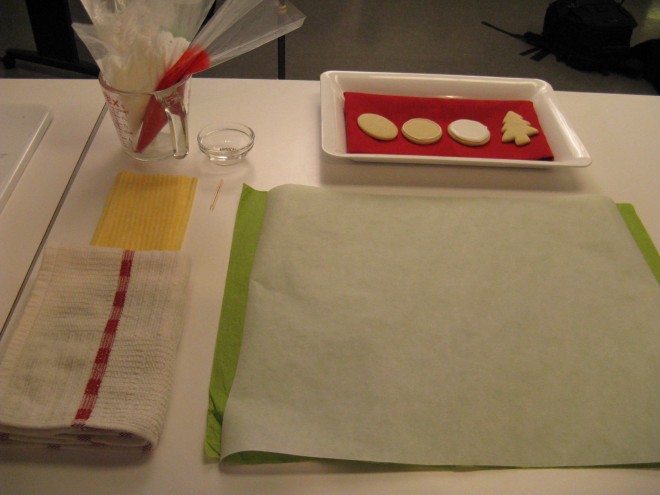 Christmas is fast approaching so I thought I’d tell you about a television segment I just taped on cookie decorating. It’s going to air on CityLine this Monday at 9:00 a.m. and again at 2:00 p.m. if you’d like to check it out; I’ll also post a link to the video after it airs.

I like preparing for shoots, but they’re also a little nerve-wracking because I’m not often on camera. Plus, I have to think about what to wear – solid colours! – which is usually something I don’t worry about.

To prep, I spent an entire day baking and decorating sugar cookies – mixing icing colours, choosing plates and making sure I had a few cookies in each state of the decorating process to make for quicker shooting. It was a trip down memory lane – reminding me of the many cookies I decorated in my pastry apprenticeship. I was feeling a little rusty so I consulted my sister Katrina, a fabulous pastry chef who specializes in decorating. Her guidance really helped. (Thanks, Katrina!) She suggested many things including one a great clean up tip: If you get food colouring on your hands, wash with a little lemon juice and soap. I found this tip very helpful because I didn’t want to have red and green hands for the shoot. Below is a picture of my set up including the tubes of royal icing. (That red was bright and probably would have taken a long time to wash off without the lemon juice.)

Shoot day went by in a blur. Kate Moore, Producer, from CityLine and her camera person, Lisa, both arrived early (below is a picture of them). We talked through each of the segments and I felt more comfortable (it’s pretty easy to get nervous when there’s a huge camera staring you in the eye – Lisa must have great arm muscles!). Then the shoot was over before I could blink.

Here’s a sneak peak of the cookies I decorated, stay tuned for the recipe and a link to the decorating video.