Our editors went to the CNE and tried a few of the crazy foods everyone is talking about this year. 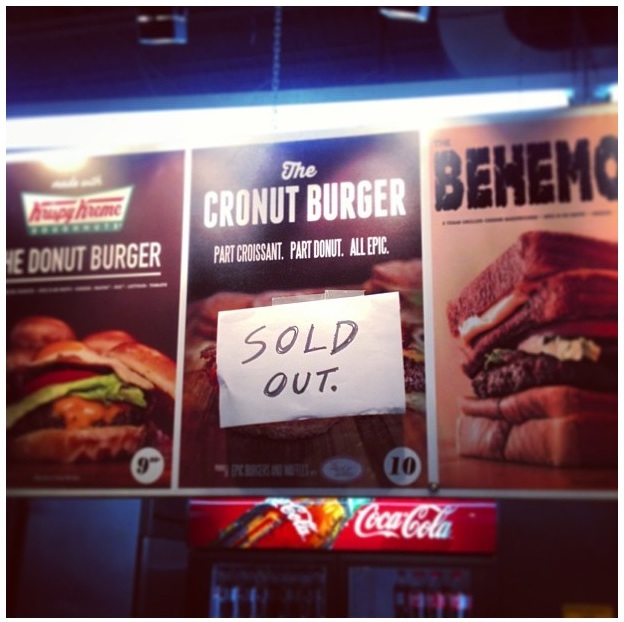 Every summer we wait with bated breath to see what new and crazy food item will make its way into the Food Building at the Canadian National Exhibition. Two years ago, they debuted deep-fried butter, and last year the Krispy Kreme donut burger made a splash. This year, they’ve introduced not just one, but several new items for you to stomach (or, make your stomach churn).

What are these crazy foods? How do they taste? Do they live up to the hype? We asked ourselves those very same questions.

So with open minds and and hungry appetites, one of our web editors and I headed to the Food Building to try some of their most unusual offerings and give our verdict.

(For our friends outside Toronto, we’ve included recipes.) 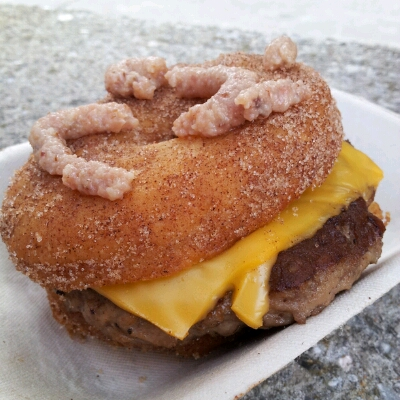 What is it? A grilled beef patty and melted cheese, sandwiched between a cronut bun with a drizzle of maple-bacon jam. What could possibly go wrong? Apparently, everything. While we like all the elements on their own, texturally and taste-wise, they just didn’t work well together. As for the maple-bacon ‘jam’, a comment made on our Instagram feed says it all — “are those worms on top of it?”

Verdict: We’re not disappointed to have tried this. It’s a novelty and part of the fun of going to the Ex. If you’re seeking gourmet fare, take a pass. If you’re feeling adventurous, bring lots of friends so you can all have one bite (it’s all you’ll need, we promise!). Plus, it’s best to share the steep cost of this burger.

For a real meal: Go for the 100% Canadian free-range bison burger at the Canadiana booth for half the price.

Make your own! Use our cronut recipe to make the buns and then grill up a burger with melted cheddar cheese. (Bacon and eggs optional!) 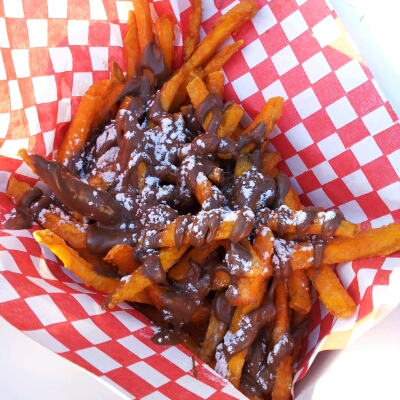 The details: We love a good sweet-and-salty combo, so we hoped this wouldn’t disappoint. The fries were cooked to perfection, but after the first few bites we found ourselves wishing it was drizzled with ketchup or aioli instead. The sweetness was overkill and we ended up scraping off most of the Nutella.

Verdict: Ask for the Nutella on the side. This way, you can try out the combo but once you get tired of it, eat the fries on their own.

For a real meal: Go for the kimchi fries (topped with your choice of pork or bulgogi) at Far East Tacos.

Make your own! Bake our chunky sweet potato fries, then drizzle with chocolate-hazelnut butter instead of herbed yogurt. Sprinkle with sea salt and icing sugar. 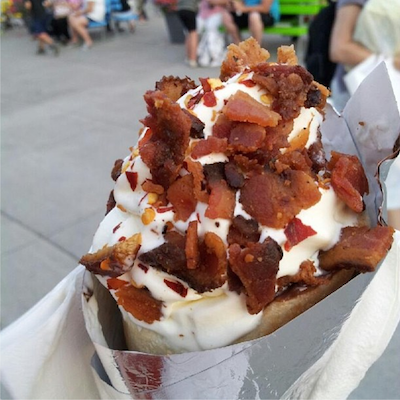 What is it? Is it hot or is it cold? Well, it’s a little bit of both actually. The combination of spice from the chili and the cool vanilla ice cream actually work pretty well together. We even liked the salty kick from the bacon, but would have preferred it if the portion was smaller and the bacon was crumbled more finely. (Also, kudos for using real bacon and not bacon bits).

For a real meal: Head to GR Yogurt Fresh, a Greek yogurt stand. We tried the ‘baklava’ with figs, honey, walnuts and cinnamon — delish.

Make your own! Whip up our easy three-ingredient ice cream (use 2 tsp vanilla extract instead of espresso powder). Brush the inside of an ice cream cone with chocolate-hazelnut butter. Scoop ice cream into cone. Sprinkle with crispy pan-fried bacon pieces and hot red-chili flakes.

The CNE runs until Sept 2, 2013 in Toronto. Visit TheEx for more details.

Get involved with the CNE Food Drive! Bring a non-perishable food item when  you visit the Ex. Donation bins are located at the Princes’, GO/TTC and Saskatchewan Gates, with all food items collected going to The Salvation Army.