Canadian burger chain, The Works opens, plus our top 10 burgers

We (taste) test drive the Canadian burger chain, The Works. If you can't make it there, make a homegrown masterpiece of your own! 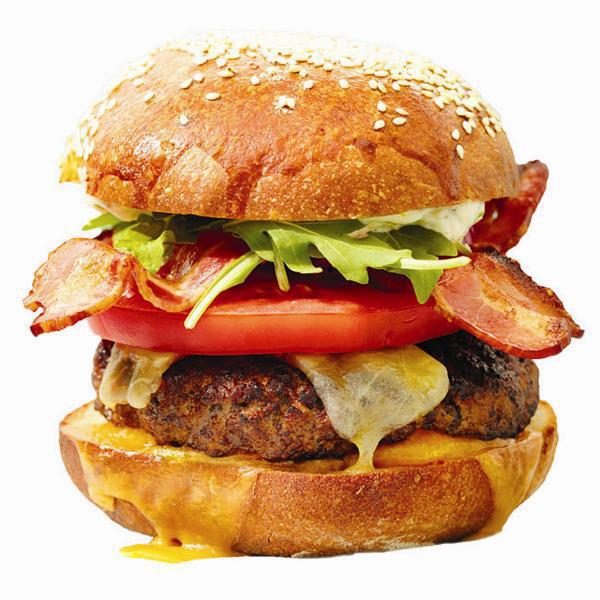 Here at Chatelaine we love burgers, almost as much as we love chocolate and fuchsia. So when The Works, a gourmet burger bistro out of Ottawa, offered up some samples of their summer menu to the Chatelaine Test Kitchen, we said, “Bring. It. On.”

They arrived at our offices at lunchtime on a sweltering 40 degrees day with paper bags brimming with burgers, salads and sides. The steamy heat wasn’t kind to the looks of the food, but we dug in anyway (in the interest of research, of course.)

There are over 70 menu items at The Works, and basically millions of options when you mix and match, most of which have cutesy/funny names like Leafing on a Jet Plane (a summery salad) and Delhi-icious, their butter chicken poutine made with fresh cut fries, St. Albert curds, grilled chicken breast and butter chicken gravy. (It really was Delhi-icious.)

I like the story behind this Canadian burger chain. I ate there several times in my brother’s Ottawa neighbourhood, where it opened in 2001. Turns out Andy O’Brien, was also a fan, and taking a cue from Victor Kiam and Remington razors, he bought the company a couple of years ago, with big plans to take it across Canada. That’s what’s happening now. So far they’ve opened in London, Kingston, Guelph, Toronto, and are coming soon to Waterloo and Peterborough and will open in Halifax in a couple of months. Calgary outlets are also on the way.

Andy informs us that many of the burgers have locale-specific names, like the Mel Lastman, Union Station Dash, and the Jay’s Ballgame Blowout. (That said, everyone would love the Kids in the Hall, with its peppercorn crust, goat cheese and smoked bacon.) He says their beef is fresh, 100% Canadian, hand-pattied every day. They’ve also got domestic elk patties, whole chicken breasts, ground turkey, veggie patty, and portobello mushroom caps from which to choose. As for the sides, we fully endorse the Tower-O-Rings – the best we’ve had this side of A&W’s, and our favourite burger we tried was the Comfort me with Onions and a Warm Blanket of Cheese, which is exactly what it sounds like.

Craving a burger yet? If you can’t make it to The Works, make a great homegrown masterpiece of your own.