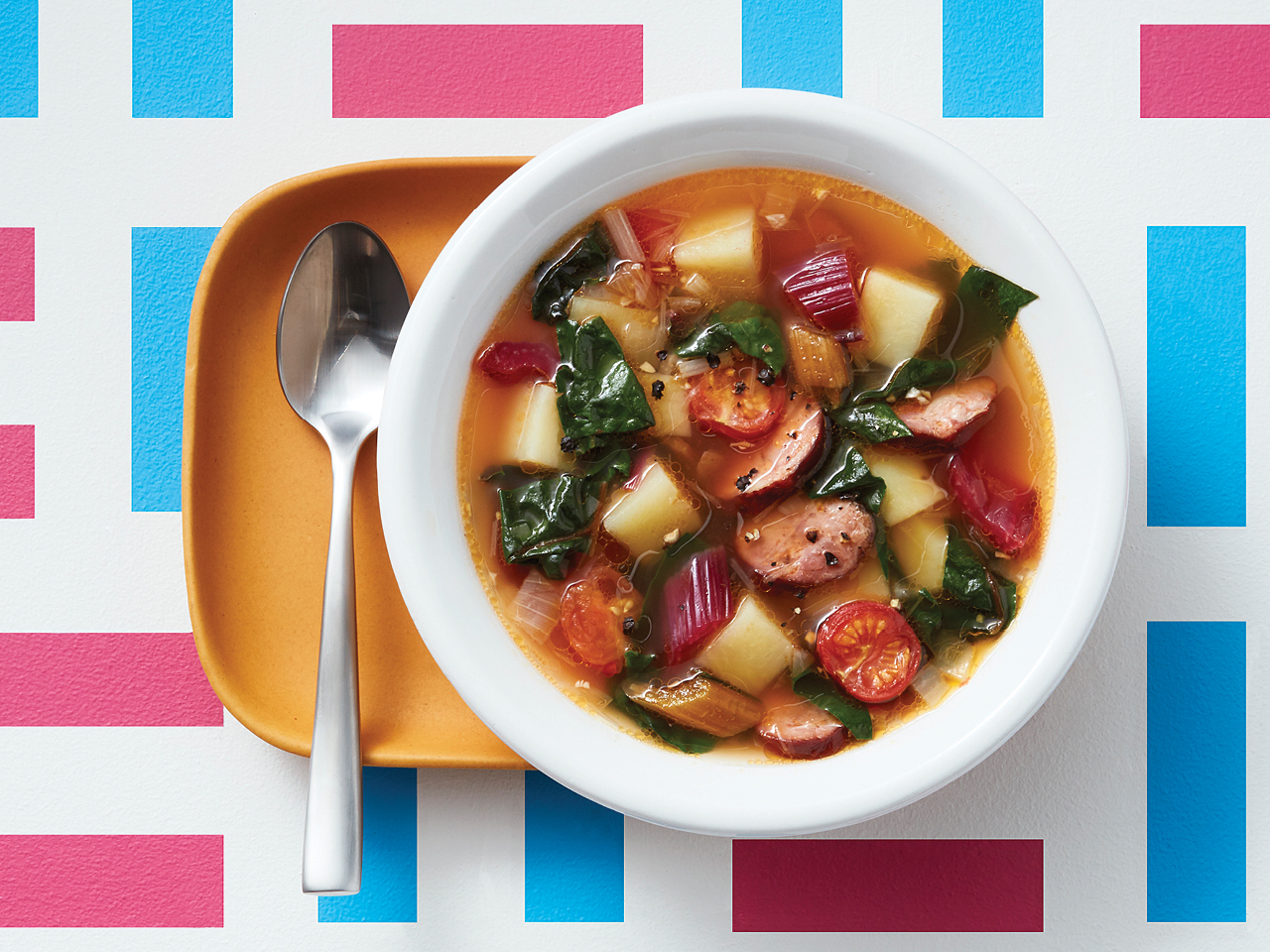 This play on Portuguese caldo verde swaps kale for chard for a springtime version of the smoky soup.

Chouriço is a flavourful, garlicky smoked sausage from Portugal that is fully cooked and ready to eat. You can also substitute drycured Spanish chorizo, which has a stronger paprika than garlic flavour, for this recipe.