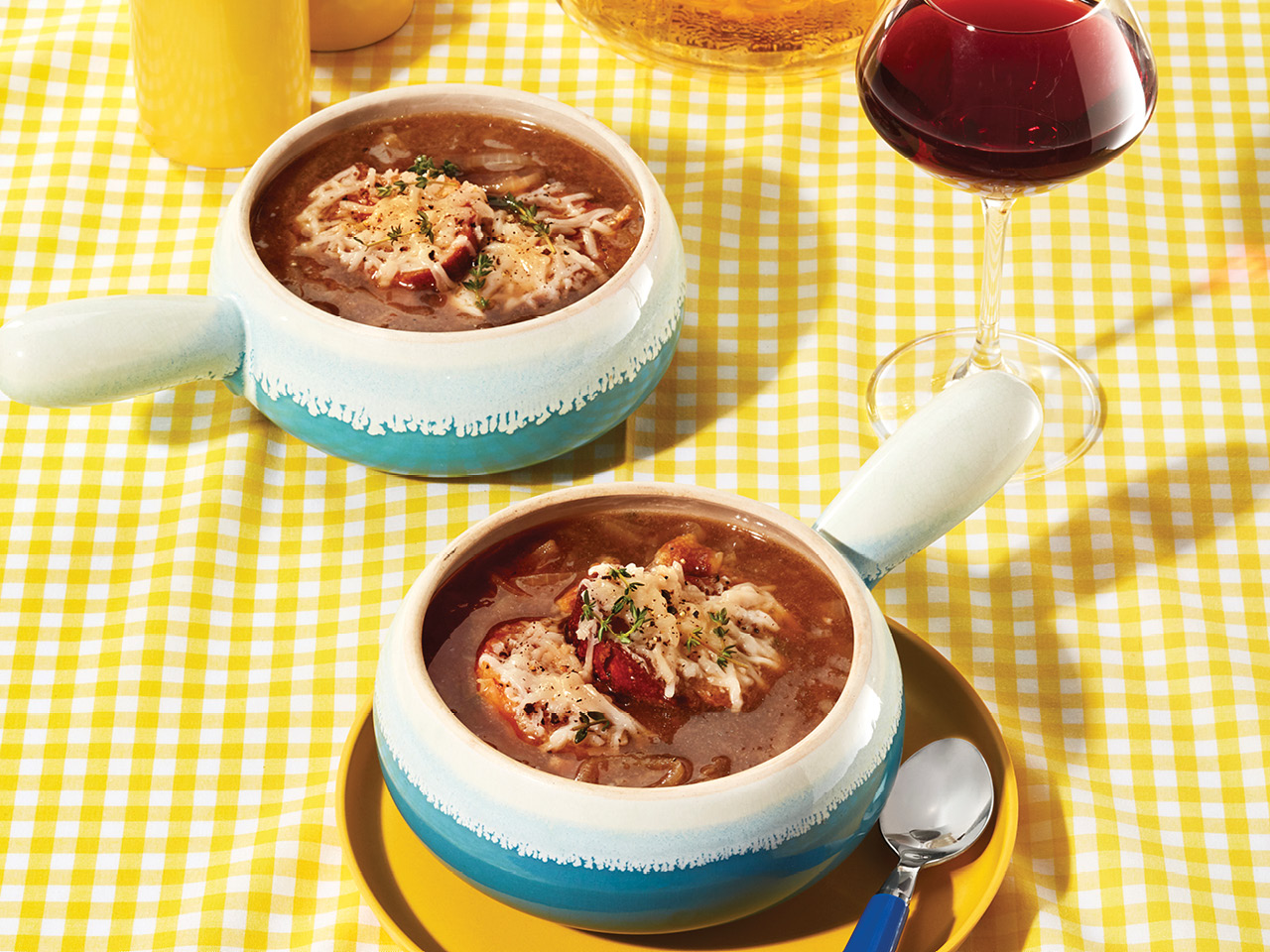 In this French onion soup recipe, the British classic Marmite is the star of the dish, adding a punchy, beeflike flavour. Top this hearty soup with plant-based cheesy baguette slices.

Marmite and Vegemite are thick, dark, sticky pastes made from yeast extract, a by-product of beer brewing. Marmite is a British food product, while Vegemite hails from Australia. Both are intensely salty and savoury, and add a slight beeflike flavour to mushroom broth.

A mozzarella-style vegan cheese will give you the melty texture that’s typical of French onion soup, but feel free to use any plant-based cheese you prefer.