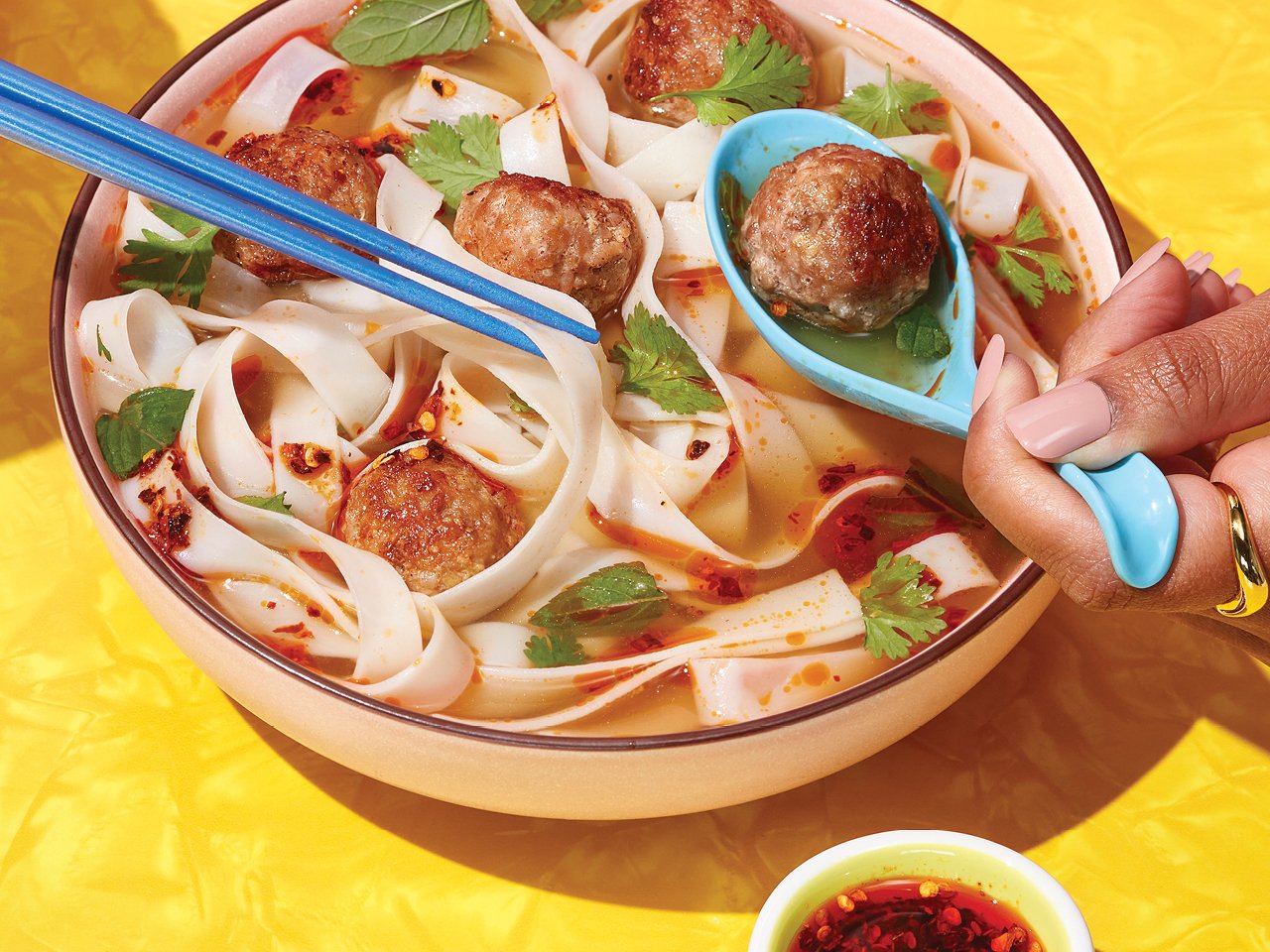 This soup is an adaptation of bun cha, a Vietnamese noodle salad with meatballs. Adding a fragrant, flavourful broth—thanks to lemongrass, spices and umami-rich soy and fish sauces—warms up this dish, making it perfect for cold weather. While the ginger meatballs are traditionally made with pork, you can substitute with chicken, beef or a plant-based protein as needed. —Joshna Maharaj

While I prefer to use canola oil in this recipe, any neutral vegetable cooking oil (such as grapeseed or sunflower oil) will work. However, avoid using olive oil, as it has a stronger flavour that will interfere with the taste of the soup.