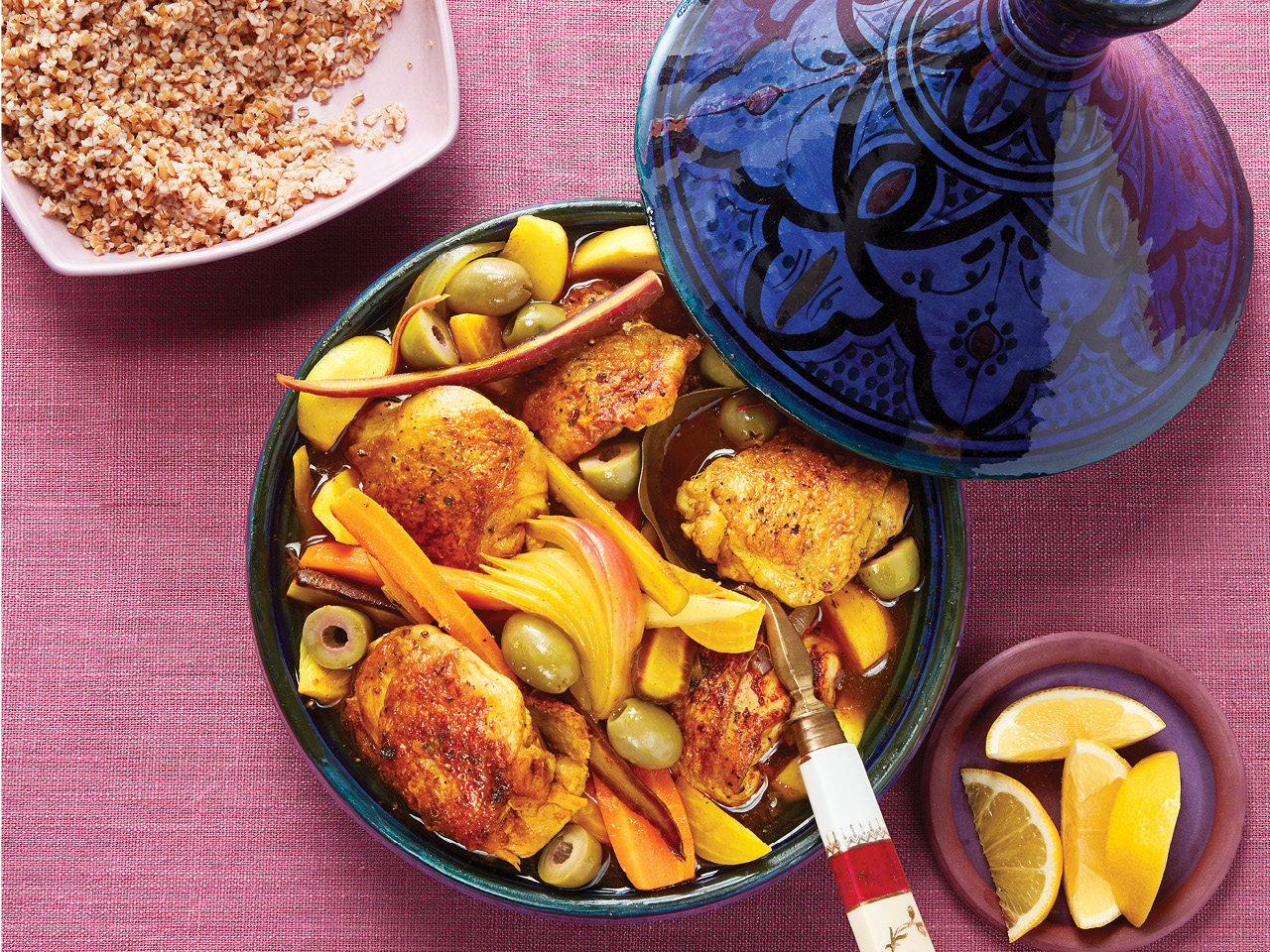 Fragrant saffron, hearty chicken and bulgur and a medley of root vegetables make this a warming all-in-one meal.