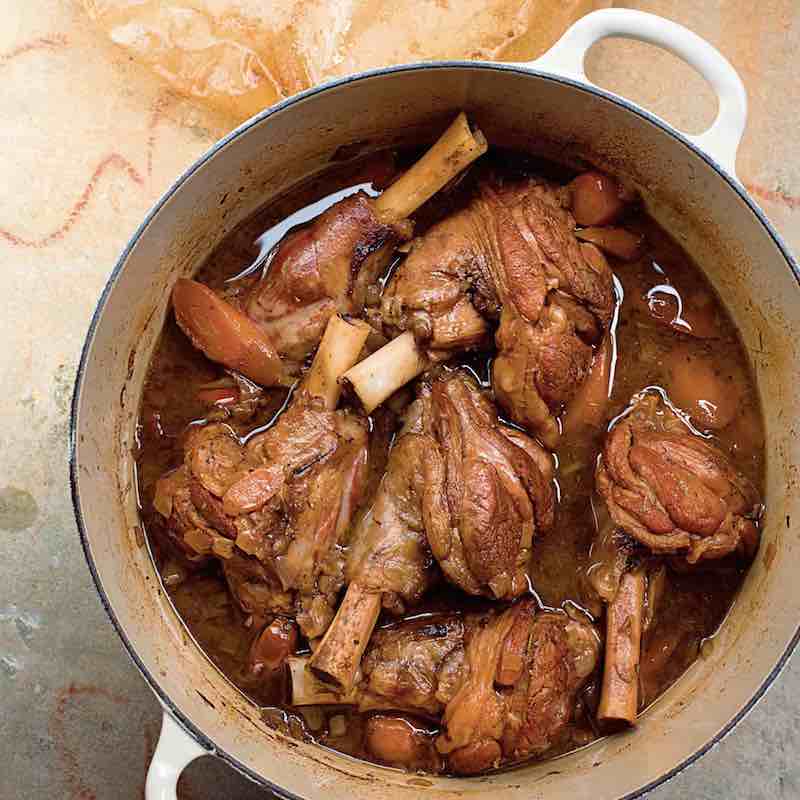 Rich, sumptuous, and celebratory, this is a real feast of a stew. The dark, molasses-like dates melt into what becomes a deep, intense gravy, but they don’t overwhelm it with sweetness; the heady sourness of pomegranate molasses keeps it all in fragrant check. But if, when you taste it at the end of its cooking time, you feel you want a bit more acerbity, just squeeze in a little lime juice.

20 Easy Ways To Use Frozen Fruit