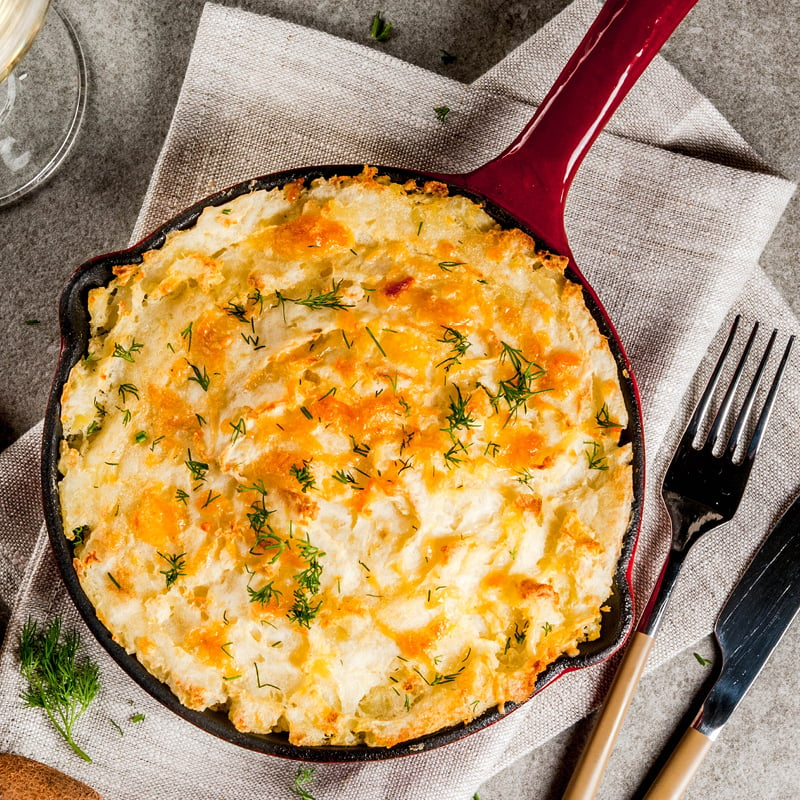 Only good can come of combining four of the most heavenly foods known to (wo)man: potatoes, butter, bacon, and cheese. Dish these up alongside grilled steak, pork chops, or portobellos, and if at all humanly possible, save some for building breakfast burritos the next morning.

At Home: Prepare the Smoked Paprika–Garlic Butter and refrigerate.

At the Campout: Prepare a campfire and fit it with a grill grate. Set up the camp stove.

How to clean a cast iron skillet

Excerpted from The Campout Cookbook by Marnie Hanel and Jen Stevenson (Artisan Books). Copyright © 2018. Illustrations by Emily Isabella. Used with permission from the publisher.

24 Of Our Best Tofu Recipes