Why Do Some People Still Find It Hard To Believe That Online Misogyny Could Lead To Real-World Violence?

After tragedies like the Toronto van attack, many people prefer to reach for familiar explanations.

By Elamin Abdelmahmoud Updated May 4, 2018 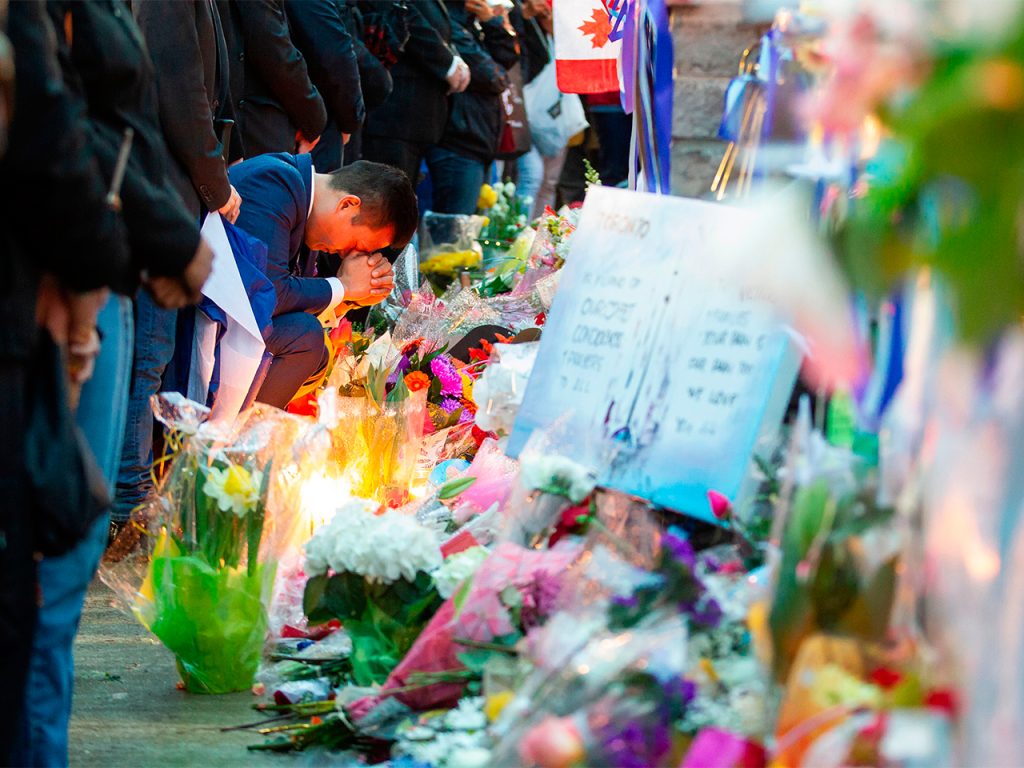 A man prays during a candle-light vigil near the site of a deadly street van attack in Toronto. Photo, Geoff Robins/Getty Images.

Just one day after Canada was shocked by the violent act that left 10 people dead and another 14 injured, those words appeared in a national newspaper. Police still weren’t saying much. Little was known. And yet: “I would have preferred it this had been act of jihadism.”

National Post columnist Barbara Kay wrote those words, in a column on “the agony of an attack without explanation.” In essence, Kay argues that the tragedy would have somehow been less bewildering to her had the attack been perpetrated by Muslim terrorists. 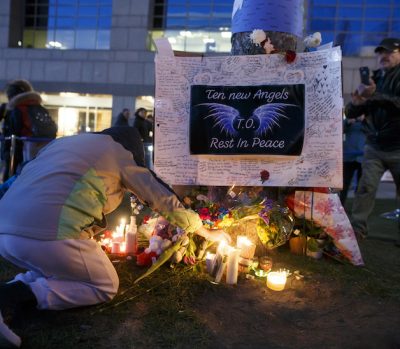 But the writer isn’t relevant here: Kay distills a sentiment that was prominent in the aftermath of the attack as questions hung in the air. She was far from the only one who found it easy to connect the attack to jihadist terrorism. Some were so desperate to link the attack to Islamic terrorism that they kept pushing that story even after the facts started to come out. Many people simply found it too easy to conjure a Muslim boogeyman. This is not just appalling, it’s also incredibly naïve, given the threats we know exist on the internet.

Listen, I get this instinct: It comes out of a desire to cling to the familiar. After all, for some, Islam is the enemy du jour, jihadism the only systematic threat. And so they desperately try to fill in the blanks, in the absence of information after such a horrific act.

But that instinct — knee-jerk reaching for what we think we know — ultimately leads us to a place devoid of facts. It leaves us unprepared to deal with the world as it is, complete with our faulty biases. It’s the intellectual equivalent of intentionally blindfolding yourself.

The most charitable reading of an argument like Kay’s goes something like: “This is so outside of my realm of understanding, I wish I could grasp it.” That in itself isn’t an embarrassing thing to say, but it’s a hard truth to admit.

And the reality is, the Toronto van tragedy is outside the realm of understanding for many people, and that’s fair. The true motivations of Alek Minassian, the suspect in the attack, are still being mined. But a Facebook post ties him to a special brand of misogyny that many have had the luxury of not being aware of before now. Almost overnight, there was a flurry of explainers on what “incels,” or “involuntary incelibates,” are. (Incidentally, here’s Chatelaine’s.)

Assuming Minassian wrote the Facebook message, we’ve got a giant CN Tower–sized signpost that points to misogyny as his motive. In a post-#MeToo world, you’d think we could at least agree that we’ve been seriously underestimating the capacity for men to commit horrific violence against women. When a columnist with a national platform ignores such a significant signpost entirely, and suggests it’d be easier to understand if it was an act of jihad instead, it isn’t just offensive — it’s also lazy.

I call it lazy because, for people who make a point of keeping informed about the dark underbellies of the internet, a whole matrix of threats has always been real. There are many people — especially women — who don’t have the luxury of not knowing what incels are, or the threats they pose, because they’ve seen those threats, oftentimes directed at them. For these people, not understanding the real-world threats that online misogyny poses was never on the table.

Stories have been written over and over and over about the lurking threat of misogyny. The Southern Law Poverty Center, a nonprofit legal advocacy organization, added two male supremacists websites to its list of hate groups earlier this year. The SLPC has been studying the “online male supremacist ecosystem.” They describe it as a multi-pronged universe that incorporates “men’s rights activists” and “pickup artists” as well as incels and other groups. They all share a commonality: This ecosystem represents all women as “genetically inferior, manipulative, and stupid.”

The SLPC doesn’t beat around the bush: “Male supremacy is a hate ideology that consistently denigrate and dehumanize women, often including advocating physical and sexual violence against them.”

Stephen Marche, writing for The Walrus, is practically ready to move on from the discussion of the suspect’s motivations: “Soon we will be awash in speculation about whether the Yonge Street killer associates himself with this particular brand of stupid and pointless rage,” he writes. “But who cares?”

But it’s helpful that people are studying the evolution of these vile groups, like Tim Squirrell, a researcher whose work proved that all kinds of disparate hateful groups are beginning to form a cohesive identity online. And it is helpful only if we listen, and adjust our understanding of the world accordingly.

Scary men, violent men, men who wish nothing but the most horrific things for women exist — they are real and they are organized. Most of the time, their threat exists on the internet in the form of harassment. Sometimes, they bring their violence to the real world. When this happens, these incidents can’t be treated as individualized occurrences devoid of context — they’re a result of a systematic online universe that is radicalizing young men.

Is that the only threat? Of course not. In a fractured cultural moment like the one we’re in, the threats are varied and they come quick. But the idea that a large group of people see this tragedy and hope for it to be a jihadist attack so maybe they could understand it shows how ill-prepared we all are for this moment.

No more easy answers. It’s time to deal with the world as it is.