The not-guilty verdicts in the Gerald Stanley and Raymond Cormier trials have bookended the Olympics and revealed the depth of work we have to do in this country. 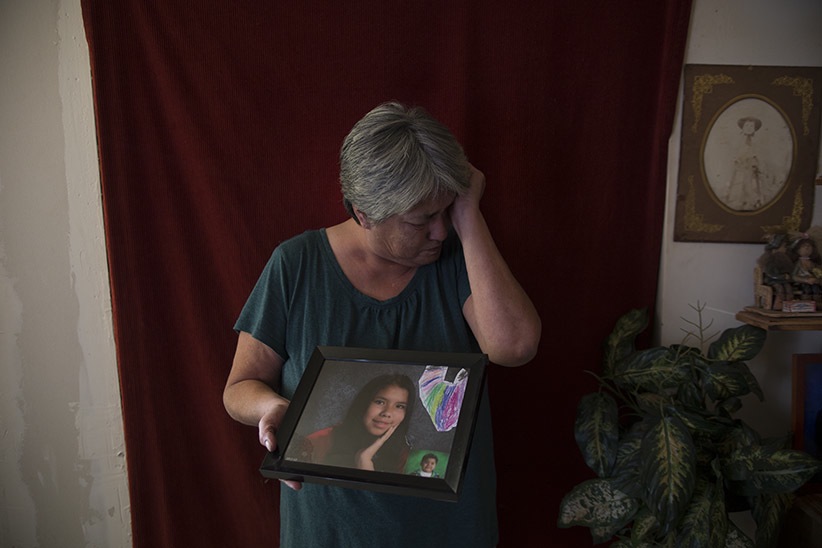 I’m having a hard time listening to CBC radio these days. As the official broadcaster for the Olympics, the news is followed by an update from the Games — jubilant music introduces the segment trumpeting Canada’s latest athletic feats — and it’s jarring. There’s a stark contrast between what’s happening in Canada and the feeling that I’m supposed to swell with pride at our medal count.

Two not-guilty verdicts in the deaths of 22-year-old Colten Boushie and 15-year-old Tina Fontaine have bookended the Winter Olympics. I’m not a sports fanatic, but I like getting in the spirit every four years. This year, though, I haven’t tuned into any of it. I don’t care whether or not Tessa and Scott are dating. I’m not broken up because our women’s hockey team didn’t manage to strike gold for the fifth time in a row. While I recognize how important these Games are to the athletes who train for years in preparation, I find it hard to conjure up patriotism while these recent verdicts remind me of the deep, systemic barriers Indigenous youth face not only to simply surviving, but also to getting justice once they are gone. Instead, I’m glued to Twitter, reading heartbreaking reactions from Indigenous people across the country.

Once again Canada sends the message to the public that Indigenous youth are disposable. This is a grievous wrong. #JusticeforTinaFontaine

You are too late Canada. Any residual hope we may have carried in you is dead. Your justice system is our injustice system. Your child protection systems harm us. As your wealth increases from our lands we r more impoverished . Our children are not safe among you. #tinafontaine

Fontaine, a member of Sagkeeng First Nation in Manitoba, was found dead in Winnipeg’s Red River in August 2014, her small body — she weighed just 72 pounds — wrapped in a duvet, weighed down by rocks. While there was no forensic evidence tying 56-year-old Raymond Cormier, the man acquitted of second-degree murder on Thursday, to the crime, police secretly recorded Cormier saying he had sex with the minor. He said things like: “You ever been haunted by something? What happened there really f–king it’s not right. F–k. It’s right on the shore. So what do I do? Threw her in.”

Fontaine left home for Winnipeg in June 2014 to connect with her birth mother, but when she didn’t return after a few weeks, her great-aunt Thelma Favel, who raised her, called Child and Family Service (CFS). The day before she went missing, Fontaine had contact with the CFS, hospital staff, and the police, who notably found her in a car with an allegedly drunk driver and let her go after they say Fontaine indicated she had no idea she had been reported missing. In what world is this level of institutional failure acceptable?

In the case of Boushie, a young man who was part of  the Red Pheasant First Nation in Saskatchewan, he was killed after a day of swimming and drinking with friends in the early evening in August 2016. We know who caused his death — Gerald Stanley. He’s the farmer who approached Boushie and his friends with a gun after they appeared on his property. A bullet from that gun landed at the back of Boushie’s head, killing him. Stanley then sat down for a cup of coffee while waiting for police. Two weeks ago, an all-white jury found him not guilty after he claimed that his gun went off by accident — a defence that one expert has said has “no air of reality.” Even though no one is refuting that Boushie died from Stanley’s bullet, the farmer has received an outpouring of support — including over $220,000 from a crowd-funding initiative. Meanwhile, as Rachel Giese has written, Boushie’s mother, Debbie Baptiste, has had to prove her son’s humanity to Canadians, over and over. And in the immediate aftermath of the shooting, Baptiste herself was treated like a criminal: RCMP asked her if she was drinking right after they told her about her son’s death.

I want Canadians to ask themselves what they think these verdicts would be if the roles were reversed. What if it was an Indigenous man charged with the murder of a white teenaged girl? Or an Indigenous farmer who shot a young white man out for a ride with his friends? Are you comfortable living in a country where the answer to those questions is sadly revealing of the racial bias that shows no signs of abatement? I’m not.

“Regardless of the verdict, Tina is still gone. The factors that led to her murder are still here,” Niigaan Sinclair, a Professor of Native Studies at the University of Manitoba, writes in the Winnipeg Free Press. “Canada has a sickness when it comes to the treatment of Indigenous peoples, and Indigenous women and girls bear the brunt of it. Tina’s death is a product of Canada.”

And it’s not a secret. The Canadian government has been grossly underfunding child welfare in First Nations communities, the United Nations is routinely horrified by Canada’s treatment of Indigenous people, and the day after the Cormier verdict, respected medical journal Lancet put Canada on blast for the vast gulf between health outcomes for Indigenous and non-Indigenous people in this country.

“We’ve all failed her. We as a nation need to do better for our young people,” she said. “All of us should be ashamed.”

So today, instead of rejoicing in Canada’s record-breaking medal haul at the Winter Games, or tuning in to see another Canadian compete in Pyeongchang, I’m going to sit in this shame, and spend some time thinking about what I can do to help Canada become a country worth celebrating.