Singer Chantal Kreviazuk used to lecture her kids about being grateful for what they had. But a woman she met in Jordan while working with War Child Canada showed her a better way. 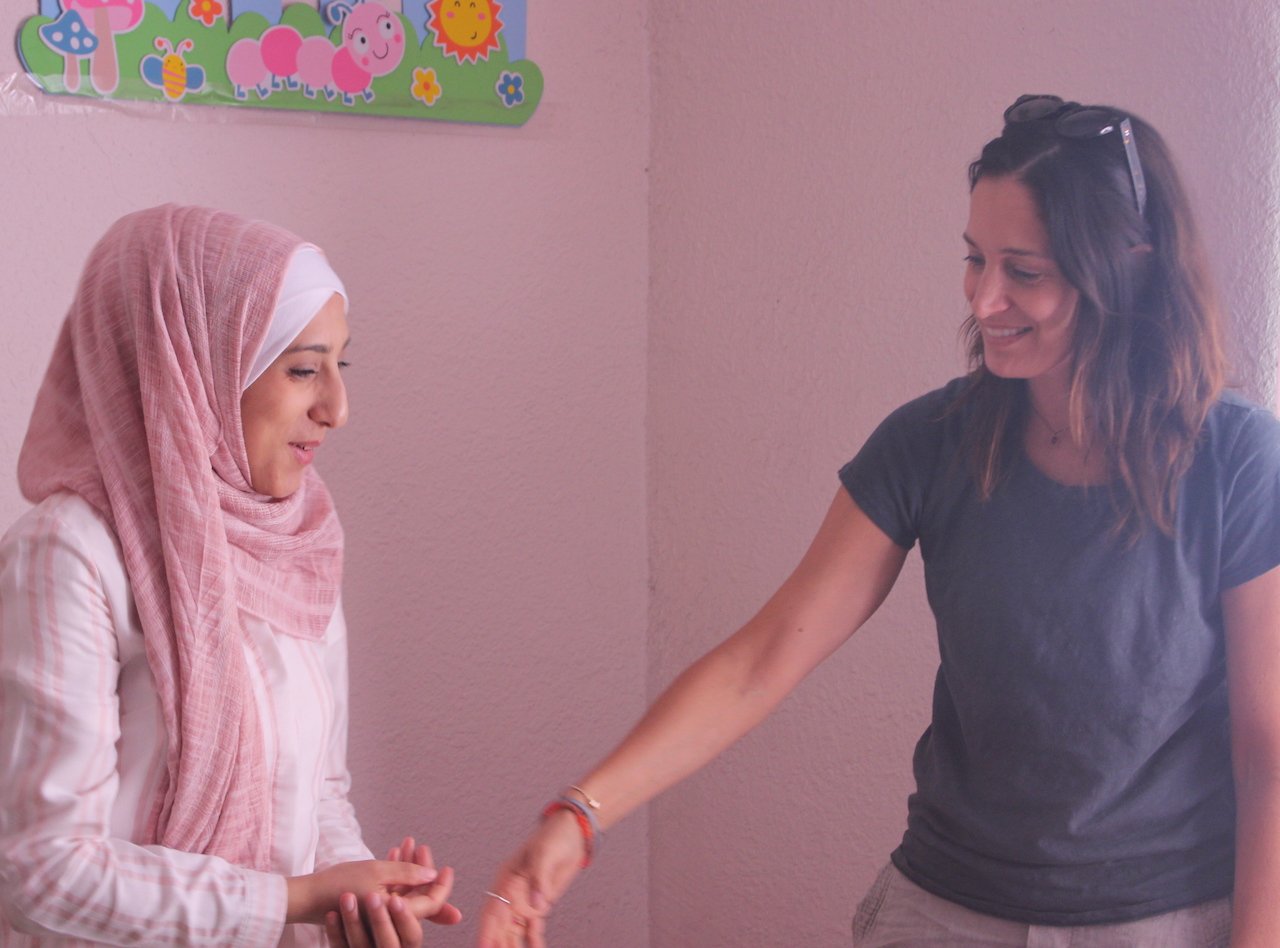 “You don’t know how good you’ve got it!”

“How can you say there is no food in the house?”

Ever find yourself saying these things to your kids? I have such a difficult time managing any complaining from my children, three kids who always have the latest cool shoes, their own ipads and a pretty easy life in general. They think I am ranting —”oh here she goes again,” and tell me it’s all relative and I need to just chill out.

Why am I so obsessed with ensuring that the kids are grateful and that they know how incredibly lucky they are? It partly has to do with where my own story has taken me in the world — especially the trips I take to conflict regions with War Child Canada. The stories I bring back from those trips have helped shape my view of the world, and I want them to have a similar effect on the kids. But hammering the need for gratitude into my children’s minds isn’t working. In fact, it only makes them resent me.

I think it was passed on to me, this need to pound gratefulness into my children. My father grew up in the Ukraine, in a small farm house where he was raised with his 11 brothers and sisters. His family was quite poor. When I was a kid, growing up in Winnipeg’s upper middle class, I was constantly being told about the value of a dollar, reminded how hard people had worked to get us all to where we were. It came from a good place but had the effect of making me feel bad about what I had.

And sure enough, I ended up bringing this cycle of guilt to my kids — a cycle that had traveled from Eastern Europe to rural Manitoba, to Winnipeg, Toronto and Los Angeles. This guilt’s got legs! But a conversation with a women in War Child’s refugee program in Jordan made me realize I may be going about the idea of teaching gratitude all wrong.

I recently accompanied War Child co-founder Dr. Samantha Nutt on a visit to a program in Jordan.  I’ve supported the charity for almost 20 years and have joined Dr. Nutt on several trips like this, to bear witness, and attempt to bring home the stories I am so privileged to hear from those regions. It is the greatest part of me, along with being a mom and a wife. I see the work that they do with the world’s most vulnerable children and communities as among the most vital in the world.

The women are always so generous with their stories when we visit. When the door is closed, and there are no men in sight, the veil is lifted. Each woman’s story is unique. One woman’s home was shelled in Syria. The family hid in the bathroom, not thinking about the danger the water heater could pose if it was hit. When it was, scalding hot water covered her daughter. Most of her body is covered in burns now. She has had one surgery, and needs many more. The woman’s pain was written all over her face. Another talked about letting a family take her 15-year-old daughter for their son. The pressure on Syrians who have landed in Jordan is horrendous. There are so many hurdles to making money. The unemployment rate for Jordanians is already high and with few exceptions, refugees are not legally allowed to work.

But it was a woman named Roy whose story made me realize that I was getting it wrong at home — that I could show my children how to live in gratitude in a much more productive and healthy way.

Roy suffered indescribable loss. When she was working and living with her family in Syria, a protest broke out and her husband was shot in front of her and her children. Her brother-in-law rushed toward his lifeless body. The police took her husband’s body and arrested her brother-in-law. They weren’t seen again. Roy’s father-in-law, upon hearing the news, died of a heart attack.

Later, their neighbourhood was shelled and her roof caved in, injuring both her and her son. With a fractured jaw, a broken leg and an injured child, she somehow made the journey to the border of Jordan, where she collapsed.

Her grief is unbearable, and yet to meet her is to meet joy and gratitude, defined. As part of the War Child program in Amman, she and her children received the comfort of community, compassion and humanity from the staff as well as psychosocial assistance for her kids. The women in War Child’s programs learn life skills but also an understanding of their rights. They come together as a group and discuss how they can collectively improve their prospects for a better future for their families. Roy now volunteers. The support she received brought her healing and peace. It was so powerful.

She told me that her feelings of loss are overwhelming, but sometimes, while walking in the city with her children in the evening, she tells them how lucky she feels to be alive and to have each other. Wow.

That showed me a thing or two. Instead of lecturing my kids on gratitude, I could concentrate on modelling it for them instead. I can’t dictate the way they will live their life. In order for them to become the best version of themselves, I have to be the best version of myself, trust that they will see what values are important to me, and draw their own conclusions.

So I will honour Roy, in all her resilience and capacity for forgiveness by recognizing the gifts that our family has, and continuing to share with my kids the stories of the people I meet through War Child, without forcing them to some prescriptive conclusion. It’s just one lesson I’ve learned from this incredible program and the incredible women I will keep learning from for years to come.

Chantal Kreviazuk is an award-winning singer songwriter and will be performing at War Child Canada’s What if…? Gala on Nov. 5, alongside Sarah Harmer, Rupi Kaur and Sandra Shamas. Tickets and tables available at whatifgala.com