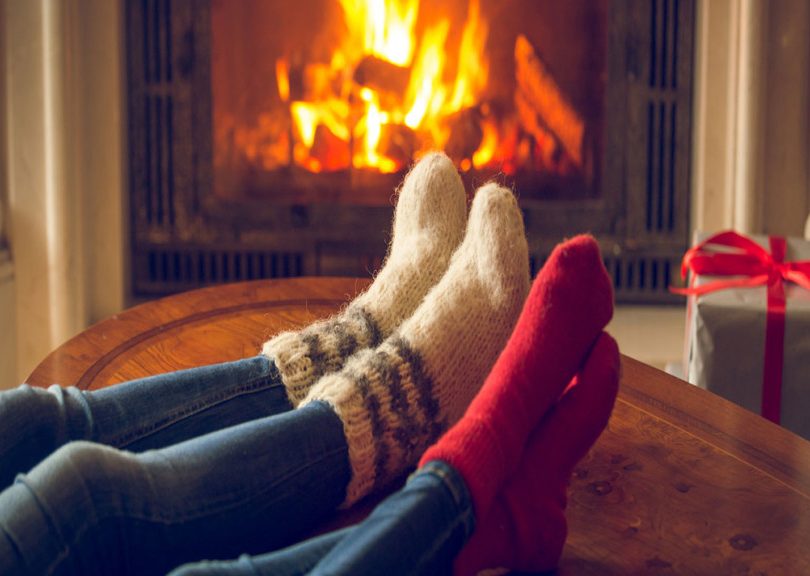 Three hours. That’s how long it took for my niece and nephew to open all their gifts the last time we spent the holidays with extended family. Their parents were recently separated, and their dad (my brother-in-law) was trying to prove his love for his kids by gifting them thousands of dollars’ worth of toys. It was stressful, awkward and deeply uncomfortable for many reasons.

There we were, crammed into the living room: my mother-in-law, father-in-law, and brother-in-law; his kids (ages four and five); and then my husband, me and our two-year-old. I was pregnant with our second, and dearly unhappy with the whole scene. We watched as these two children, rocked by separation, went from one outlandish present to the next while their stressed-out dad yelled at them, and my in-laws commented on every toy and every new item of clothing.

Meanwhile, our little guy was done opening all of his packages within about 20 minutes—we have always been modest about Christmas presents. And although I understand that we all have different budgets and ideas of what gift-giving entails, I worried that our frugality made us seem uncaring.

After all the gifts had been unwrapped, the children didn’t even play with their toys. The adults snipped at each other, and my father-in-law couldn’t stop micromanaging the kids, telling them repeatedly what not to touch—he didn’t want his home disturbed.

Back when I was a newlywed, I was excited to marry into a large, traditional family. (My parents divorced when I was young and my side of the family never did big celebrations.) But I quickly realized that a big family can come with big problems: rivalries, jealousy and casual in-fighting—all totally normal and seemingly never-ending for my in-laws.

I didn’t say anything at the time, but I vowed to myself that we’d never travel for the holidays ever again.


The next year, we had an excellent excuse not to travel: we now had two tiny kids, and we’d had to move into a new apartment just two weeks before Christmas. “It’s too much,” we gently told our extended family. We suggested they come see us instead, but they opted to just send gifts.

After that, it became more common for us to skip holiday events. Eventually we had a third child, and now pretty much everyone knows that if they want a visit, they have to come to us. Although we only live a few hours’ drive away—and we’re lucky we don’t have to deal with plane travel—loading our family of five into the car, figuring out where to board the dog and battling the traffic is just not something we want to put ourselves through on Christmas.

I’m not sure how my extended family feels about all this. This is partially because I’ve never asked, and partially because—frankly—I don’t care what they think. I’ve never once felt bad, or like we were missing out, because the holiday “festivities” were so fraught with emotional turmoil anyway. It was anxiety-inducing for my husband and me, and the kids would end up exhausted from staying up too late and skipping naps.

Instead, I’m doing what’s best for me and for my family. And I’m old enough to know now that keeping myself as stress-free as possible is the key to a happy house and a happy holiday.

Christmas should be about spending time with the people we love and cherish the most. It’s not about arguing, one-upmanship, or worrying that my children’s energy levels and very age-appropriate behaviour (they’re now three, five and nearly eight) are annoying to empty-nesters.

I also don’t want my kids to feel like they aren’t loved, or that they aren’t being treated equally, because we haven’t purchased thousands of dollars’ worth of toys for them.

What I do want is as much sanity I can muster as a busy mom of three small kids. I want to bake cookies, and to invite friends over for snacks. I want to go for walks, and to keep my dog out of a kennel, and to sleep in my own bed.

I love creating my own traditions—things my children can adapt for future generations. We gift the kids a new pair of pajamas on Christmas Eve, watch movies all day and have a big dinner with local friends who might otherwise be alone over the holidays.

Then, on Christmas Day, we keep it low-key. We often eat take-out instead of a more elaborate meal, so that the mess from all the kids’ gifts is the only thing we need to worry about cleaning up. My boys love getting to stay home instead of doing the usual morning rush, and we all enjoy lazing about for an entire day. It’s truly divine.

Someday, my kids will be grown and they’ll have families of their own. And if they don’t want to come see their dear old parents either, we’ll understand. We’ll go to them.

Or we’ll stay home and relish the silence.