She Lost The Match, But Serena’s True Victory Was Off The Court

What happened over the weekend was a fiasco, but Williams refused to back down — and handled herself like a true champion.

Serena Williams at the 2018 US Open final. Photo, Tim Clayton/Corbis via Getty Images.

Over the weekend, the hashtag #WeAreSerena was trending: an act of solidarity with Serena Williams, who had lost the US Open final on Saturday to Naomi Osaka amidst a series of hostile calls, culminating in a game penalty for Williams and a $17,000 fine. Chair umpire Carlos Ramos is known to be exacting, but the double-standard here was glaring — in an emotional, high-stakes final against a tough young challenger, Williams was punished by Ramos for behaviour (receiving coaching, throwing her racket and verbal abuse) that is routinely overlooked in male players.

And so, the sentiment behind #WeAreSerena was understandable. Here we had, on a global stage, an unmistakeable example of sexism, of the requirement to work twice as hard and be twice as good while still only getting half the respect. Williams’s individual humiliation and mistreatment felt like a collective wound.

But, of course, none of us are Serena and none of us ever will be. She is, quite simply, without equal — one of the greatest and most thrilling athletes of all time, and one whose impact on both the possibilities of the game of tennis and the overall culture of sport are unmatched. Which makes her treatment by Ramos all the more egregious. It was the denigration of a player who has, more than any other, proven her mettle, character and brilliance over and over and over again.

Williams’s peers were stunned. “I’ve been in tennis a long time, and I’ve never seen anything like it,” Chris Evert said on TV after the final. “The ceiling that women of color face on their path to leadership never felt more impenetrable than it did at the women’s U.S. Open final on Saturday,” wrote Billie Jean King in the Washington Post, characterizing Ramos’s calls as “an abuse of power.” The Women’s Tennis Association released a statement on Sunday pointing out gender bias: “The WTA believes that there should be no difference in the standards of tolerance provided to the emotions expressed by men vs. women and is committed to working with the sport to ensure that all players are treated the same,” it read. “We do not believe that this was done last night.” 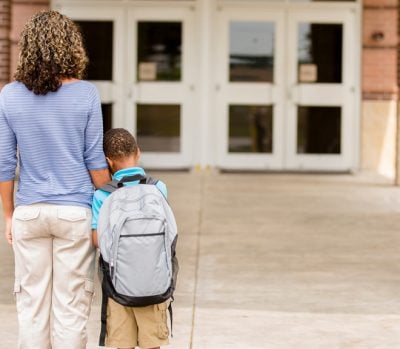 Here’s My Challenge To White Parents This School Year

Men’s winner Novak Djokovic treaded in, carefully; he didn’t call Ramos sexist but did say, “I have my personal opinion that maybe the chair umpire should not have pushed Serena to the limit, especially in a Grand Slam final.” And while also avoiding a direct comment on Ramos, US Tennis Association president Katrina Adams tweeted her fulsome support of Williams, “She is an inspiration to me, personally, and a credit to our sport, win or lose.”

The crux of Williams’s violation was Ramos’s displeasure at having his authority questioned. He had given her a warning after spotting her coach gesturing at her from the stands. Williams responded to this accusation of cheating with expected pique. “I don’t cheat to win; I’d rather lose,” she said to Ramos. “You owe me an apology.” From there it escalated. Umpires have discretion when it comes to certain calls. In pressure-cooker matches – like a Grand Slam final — they are expected to lower the temperature. Instead, Ramos provoked, going on to penalize her for smashing her racket and then finally for calling him a “thief.”

Williams didn’t curse at Ramos, and her anger was not out of the norm for an elite athlete in a make-or-break match. As sports columnist and author Sally Jenkins pointed out, Ramos has countenanced harsh words from male players, like Rafael Nadal, without penalizing them for verbal abuse. But when it came to Williams, Jenkins wrote in the Washington Post, Ramos “wasn’t going to take it from a woman pointing a finger at him and speaking in a tone of aggression.” As Williams herself put it, “For me to say ‘Thief’ and for him to take a game, it made me feel like it was a sexist remark. He’s never taken a game from a man because they said ‘Thief.’”

For her entire career, Williams’s excellence has existed alongside a stubborn, hateful skepticism of that excellence. As black girls from Compton, she and her sister Venus were viewed as interlopers in a then (and still) largely white, country-club sport — most infamously in 2001, when they were verbally abused with racial slurs by fans at the Indian Wells tournament. But cruelty has been a constant, in the mocking of Williams’s body, clothing and hair, and in how she is often singled out for scrutiny. 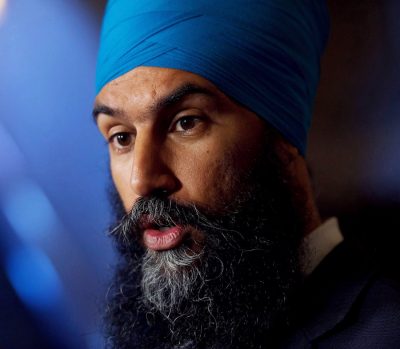 Is Jagmeet Singh Trolling The Prime Minister On Instagram?

In July, Deadspin reported that Williams has been drug tested four times as frequently as others in tennis (and has not tested positive once in her 23-year career), and in June a doping control officer showed up at Williams’s home in Florida and refused to leave until she was tested. This summer she was also criticized for wearing a sleek compression catsuit at the French Open — which helps prevent her from developing dangerous blood clots. French Open officials have since banned the outfits, saying “one must respect the place and the game.” (Williams has since sported tutus — a sly and perfect act of sartorial shade throwing.)

Through it all, Williams has borne this racism and misogyny — as well as the weight of trailblazing, role modelling and representation — with unimaginable grace, confidence and generosity. She has persisted, resisted, and triumphed. To paraphrase Michelle Obama: When they go low, she wins Grand Slams.

Just not this one. Her face-off against Osaka had a profound meaning for both women. It’s been merely a year since Williams nearly died after giving birth to her daughter. She has dedicated her return to the sport to other mothers and other women, as well as to her family.

For Osaka, it was a dream realized: Williams is her idol, and Osaka has modelled much of her game in her image. And like Williams, she is woman of colour charting a new future for herself and the sport. She’s also an extremely gifted athlete who played powerfully and likely would have won even without Ramos’s penalties on Williams.

Yet because of Ramos, Osaka’s historic victory was marred, too. Booed on the podium, she hid her face behind her visor and wept. That’s when Williams seized a different kind of victory out of the ugly, awful mess. She stood alongside Osaka, urged the crowd into silence and congratulated her. It wasn’t a concession to Ramos or an attempt to appease her haters or an apology for what had transpired. It was a true champion’s gesture of respect and sisterhood towards a successful opponent.

Later on, during a press conference, Williams made a connection between her treatment and that of other women in the sport, like Alizé Cornet, who was given a court violation last week at the US Open for very quickly revealing her sports bra while adjusting her shirt on a sweltering day. While expressing her own disappointment and sense of injustice at the outcome of the final, Williams also summoned empathy for her peers and a hope for those to come.

“Maybe it didn’t work out for me,” said Williams, speaking of her experience with Ramos, but perhaps also for the way in which she’s had to battle detractors her entire career, “but it’s gonna work out for the next person.”