Why Serena Williams will smash misconceptions about pregnancy and fragility

Amazingly, the notion of an elite athlete continuing her career post-baby is still shocking to some. 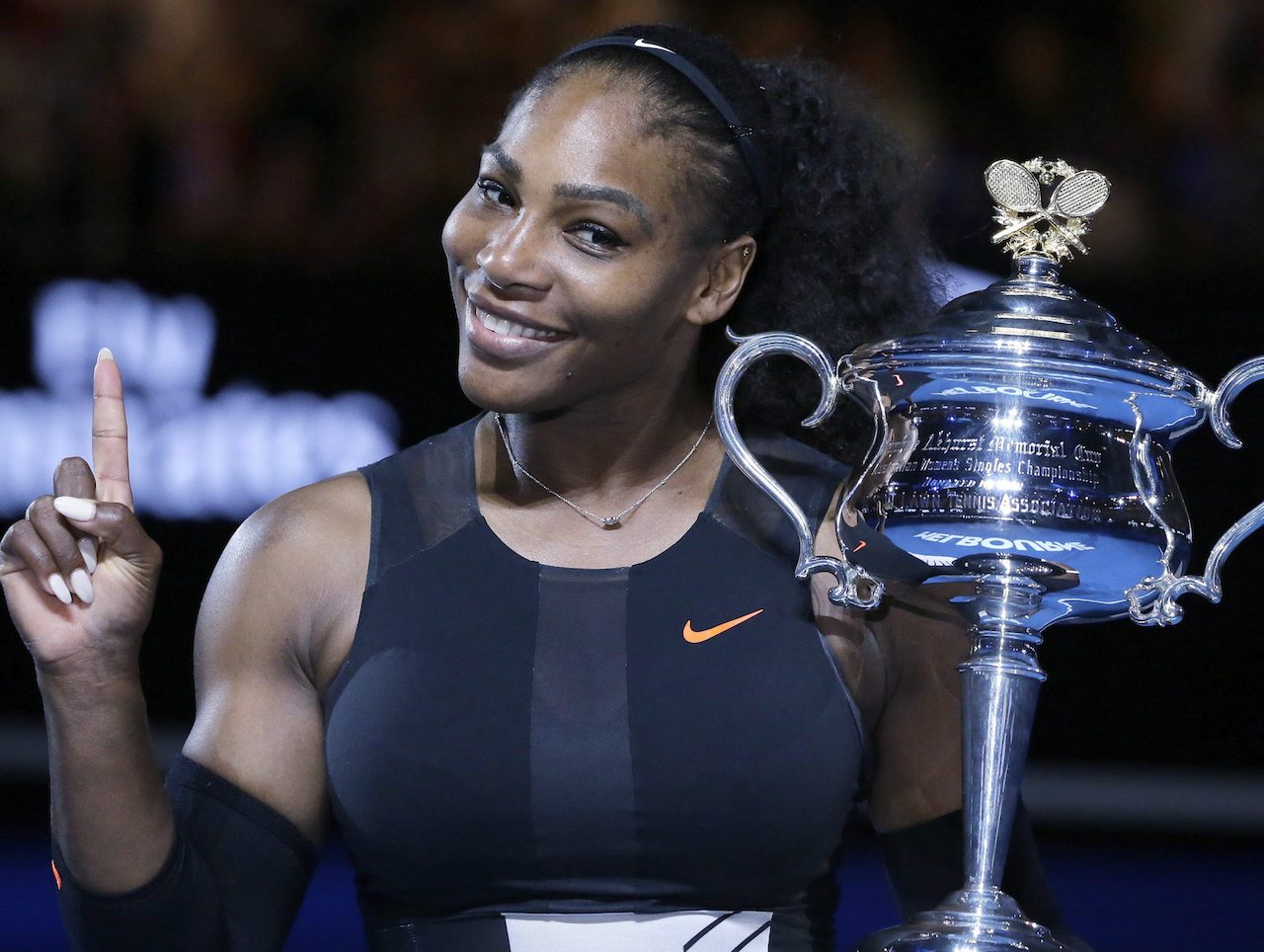 Serena Williams’ body has been a source of wonder and scrutiny ever since she turned pro as a teenager and went on to win 23 Grand Slam singles titles, more than any other tennis player in the Open era, male or female.

Much of the attention is adoring. Williams has graced the cover of Vogue and posed in a thong in Sports Illustrated’s swimsuit issue. She made a knock-out appearance twerking in Beyoncé’s Lemonade visual album. But throughout her career, Williams has also endured the most vile racist and sexist scorn about her body. She’s been called too big, too muscular, too dark, too curvaceous, too masculine.

Last week, the scrutiny reached a fever pitch when Williams posted a selfie revealing her rounded belly in a yellow bathing suit, with the caption “20 weeks.” Fans did the math and quickly realized Williams had been pregnant when she won the Australian Open this past January. 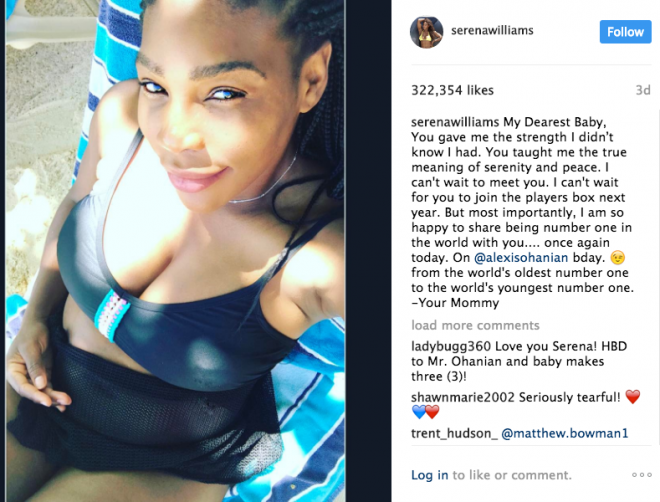 That’s no small achievement, even for her. She even admitted she had been a little nervous to play. That is until her champion’s instinct kicked in: “I really felt that I didn’t have time to deal with any extra emotions, any extra anything,” she told the press, “because, pregnant or not, no one knew, and I was supposed to win that tournament as I am every tournament that I show up [for].”

Williams might be focused, but the news that she and her fiancé Alexis Ohanian will be having a baby this fall has much of the world freaking out in a frenzy of speculation: Is this the end of her career? Can she play post-pregnancy? What will giving birth do to her power, her speed, her ambition?

It seems that after astounding us so often with her extraordinary athletic talent, Williams has now stunned us by getting pregnant, one of the most ordinary human acts of all.

As a cultural icon, as well as a sports hero, Williams has always represented something bigger than herself. Her pregnancy is no different. She has defied expectations of what women can achieve in sport. Now she’s poised to tackle the misperceptions and fears about female fragility when it comes to reproduction, which have long been used to sideline women.

In the Victorian era, as modern sports were being developed and formalized, it was widely believed that physical activity drained energy from women’s reproductive organs. Pierre de Coubertin, founder of the modern Olympics, said that “no matter how toughened a sportswoman may be, her organism is not cut out to sustain certain shocks. Her nerves rule her muscles, nature wanted it that way.”

The American College of Obstetricians and Gynecologists published its first set of guidelines for prenatal exercise in 1985, warning women not elevate their heart rates with anything more strenuous than a stroll. In 1997, when the WNBA’s Sheryl Swoopes returned to practice six weeks after giving birth, it was shocking. She was among the first professional women athletes to have a child and then return to competition.

Today, Williams has lots of company. Her friend and two-time Grand Slam single champion Victoria Azarenka is returning to tennis this summer, after taking time off following the birth to her first child. Azarenka rejects the term “comeback” — pointing out that she just had a baby, she wasn’t injured or suspended. And previously, Kim Clijsters had a very successful tennis career after becoming a mother, winning three major titles following the birth of her daughter in 2008.

In fact, plenty of athletes have competed while pregnant: US beach volleyball player Kerri Walsh won her third gold at the 2012 Olympics while she was in her first trimester. Canadian curler Kristie Moore competed at the 2010 Olympics while five months pregnant. (The team won silver.) Marathoners Kara Goucher and Paula Radcliffe maintained modified, but still punishing, training regimes throughout their pregnancies. And just last week, a Moncton woman completed the Boston marathon while eight months pregnant.

We know a lot about the stages and ages of a professional male athlete’s career, from the energetic but inconsistent rookie, to the seasoned and steady mid-career player, to the slower but more strategic veteran. We’re still learning how female athletes’ skills and abilities evolve and change over their lifetimes. Not enough women have had professional opportunities prior to having kids, or the support to continue their careers afterwards.

Nor has enough research been devoted to the understanding the impact of pregnancy on athletic performance, or on women athletes in general, for that matter. (And interestingly, a story in New Scientist suggested that athletes might get a small boost from pregnancy due to an increase in the volume of red blood cells, which bring more oxygen to muscles.)

The last time Williams recalibrated her career was in 2012, when was 30 and started working with a new coach, Patrick Mouratoglou. She told him that she just wanted to win one last major singles title before her career was over. She’s since won 10, as well as an Olympic gold medal. Mouratoglou refreshingly and excitedly calls Williams’s pregnancy a “fabulous” new challenge.

And earlier this week, in an interview at the TED conference in Vancouver, Williams, who is taking off the rest of 2017, said she’s not retiring. “I definitely plan on coming back. I’m not done yet,” Williams said. Motherhood “is just a new part of my life. My baby’s going to be in the stands and hopefully cheering for me.”

More:
Finally Canada is having a fancy butter moment — and we tried it all!
50 awesome Mother’s Day gifts starting at just $3 (and all under $100)
10 amazing makeup finds under $10