Renata Ford Has Finally Stepped Out Of The Shadows, And Her Lawsuit Isn't Just A Blow To Doug

The Ford women have remained virtually silent through years of scandal. But with a multi-million-dollar lawsuit, Renata has made an unprecedented acknowledgment of family dysfunction. 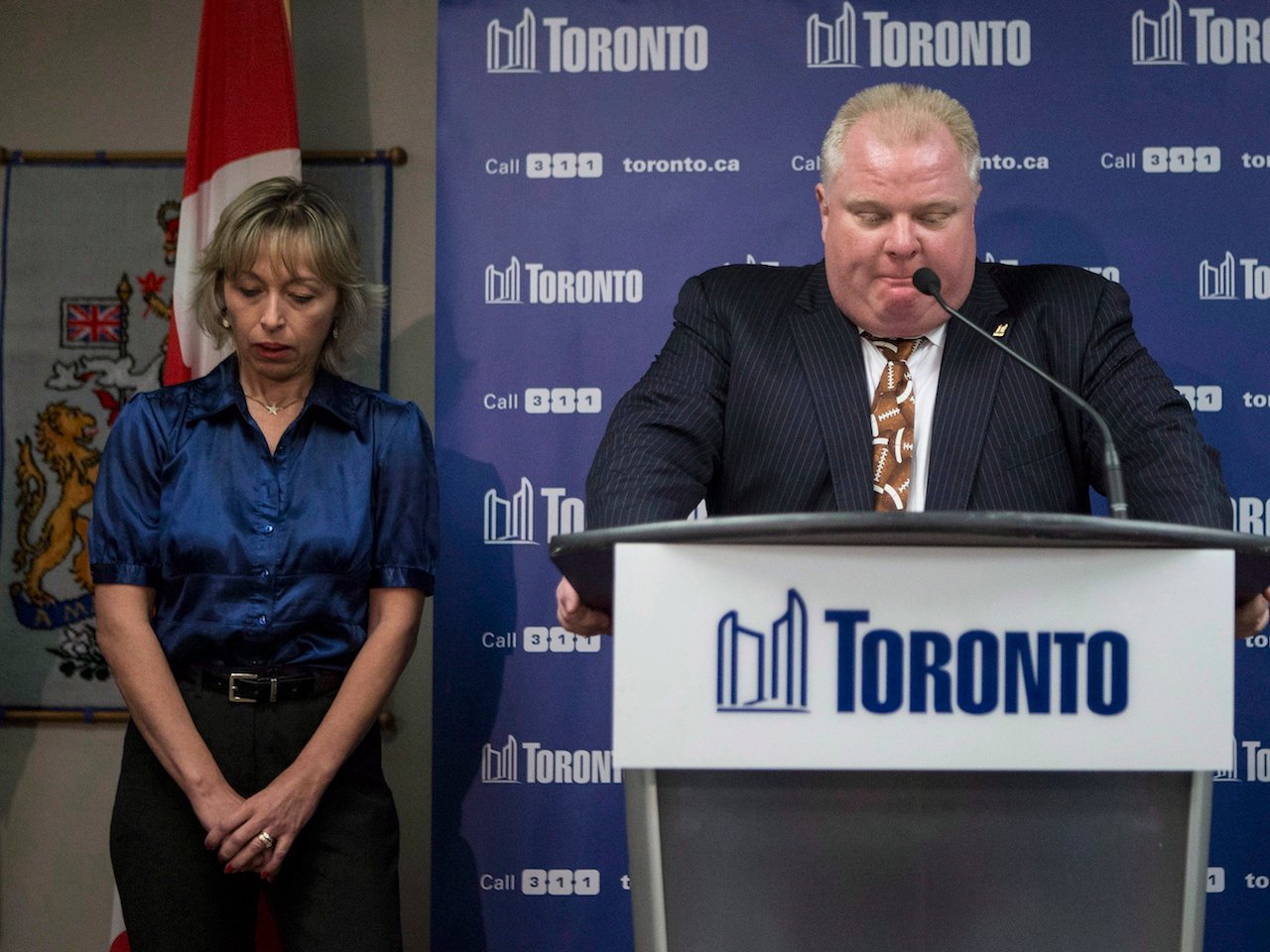 Renata Ford with Toronto Mayor Rob Ford during a November 2013 news conference in which he apologized for inappropriate comments of a sexual nature. Photo, Chris Young/Canadian Press.

In the final days of the Ontario election, Renata Ford, widow of former Toronto Mayor Rob Ford and sister-in-law of Progressive Conservative leader Doug Ford, made a rare public statement about her notorious family. It came in the form of a $16.5-million lawsuit, filed on Friday, alleging that Doug has deprived her and her two children of millions of dollars. Among the charges: that Doug, who along with his brother Randy, is a trustee of Rob’s estate, “improperly retained and withheld” a $220,000 life-insurance policy for Rob and charged “unreasonable and unjustified expenses and fees” against the estate; and that Doug is a “negligent” business manager who is steadily ruining the family’s Deco Labels company in which the estate has shares.

Over the years, the Ford family has maintained an honour-among-thieves united front. No matter how outrageous the behaviour — and it has ranged from weird to offensive, and from disturbing to criminal — there has been a wall of denial. An example: Doug Ford — who quite possibly will be the next premier of Ontario — was his brother’s chief enabler and cover. When the Toronto Star reported on Rob showing up at several events visibly intoxicated, Doug dismissed the stories as “a conspiracy” and “a personal attack.” (Doug has also denied credibly reported accounts of his own history of drug-dealing in the 1980s.)

What Doug Ford Says About Women Says Even More About Him
Family allegiance was bred into the Fords. The late Doug Ford Sr. was a domineering, distrusting patriarch. He once forced his adult children, then in their 20s and 30s, to take a lie detector test when a wad of cash he kept squirreled away in the basement walls went missing. Loyalty, and keeping it in the family, was everything.

Which is what makes Renata Ford’s lawsuit so extraordinary: It’s an unprecedented acknowledgement from an insider of the Fords’ rampant dysfunction. Throughout her husband’s tenure on city council and his 2010 to 2014 term as mayor, Renata was a reclusive figure who rarely appeared outside her fortress-like home. Even as her husband’s public behaviour grew increasingly erratic, she did not speak up.

But then, no one spoke up for her. Silence and denial were also the Ford family’s responses to the routine domestic violence calls from the home shared by Renata and Rob (who died in 2016), where police officers were frequently dispatched during their marriage. Rob was once charged with assaulting Renata and threatening to kill her (the charges were later dropped). A few years later, police noted that Renata was covered in bruises and cuts, but no charges were laid. On another occasion in 2013, an undercover police drug bust targeting Rob’s bodyguard, Sandro Lisi, was interrupted by a domestic violence call at the couple’s nearby home.

While the Ford men met every new public scandal and accusation of criminal activity with bluster and bombast, the Ford women remained in the shadows. At the height of Rob’s troubles, just as he entered rehab, his mother Diane joined the chorus of denials about Rob’s drug use (she said she had no idea it was going on), and his sister Kathy is mentioned only occasionally in press reports, mainly in reference to her struggles with addiction and her experiences of violence (she was once shot by a family acquaintance). 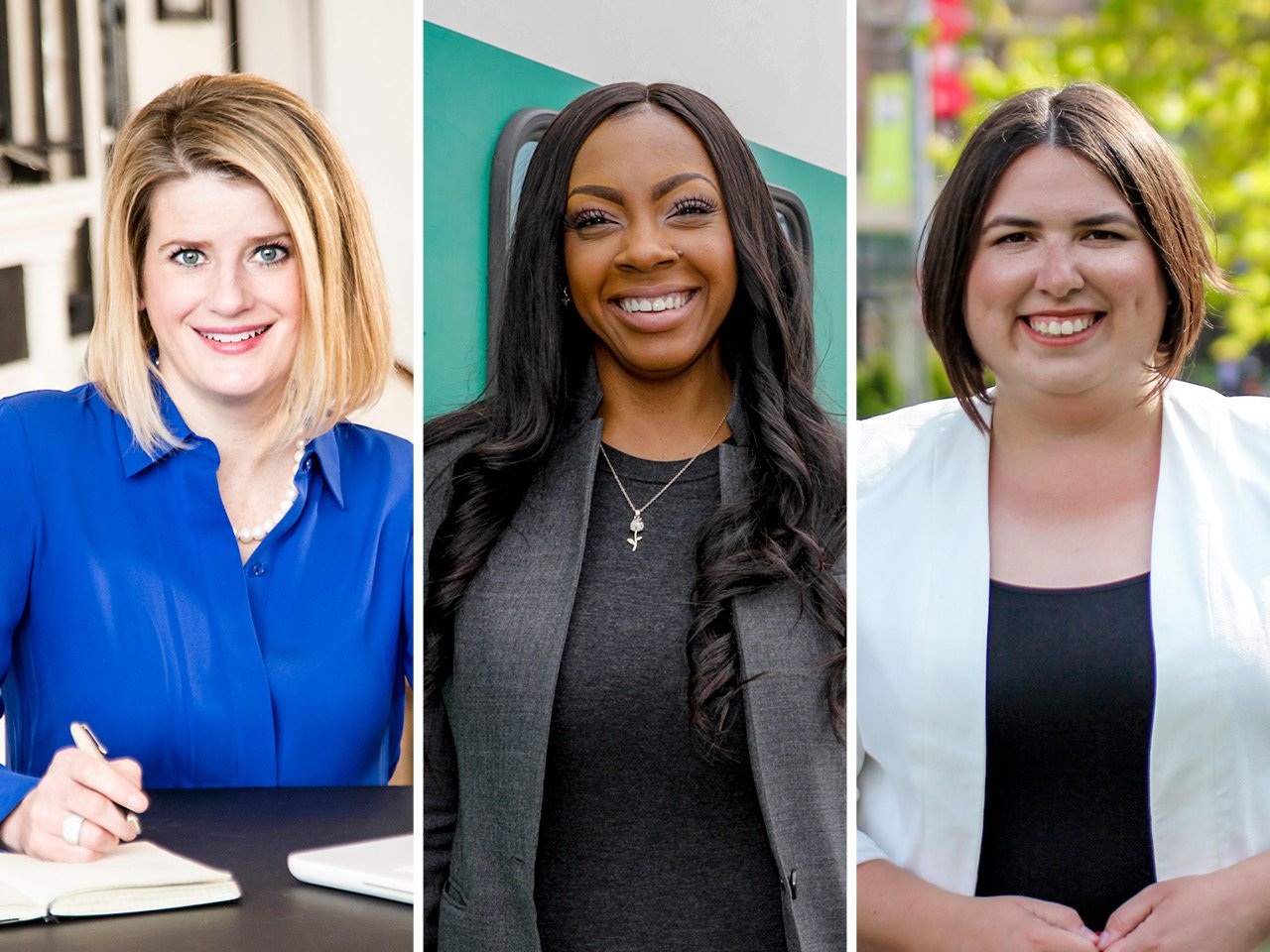 ‘It’s Been 100 Percent Worth It’: 3 Women On Running For Office For The First Time
The most striking public image of Renata Ford is one of her in a shiny blue blouse, standing behind her husband with her eyes downcast. It was a press conference in late 2013. Rob was addressing comments he made in an earlier scrum at City Hall, surrounded by reporters and cameras, when asked about accusations that he had told a woman on his staff that he wanted to perform oral sex on her (though Rob hadn’t framed it so delicately). It wasn’t true, he said, because he was a happily married man and had “enough to eat at home.”

As he apologized for these comments — “For the past two months, I have been under tremendous stress… I acted on complete impulse in my remarks” — Renata was silent, impassive and unreadable. What she may have said, or wanted to say, remains a private mystery, as is her right.

But in the absence of her voice, much was speculated: Was she cowed or complicit? Was she a victim of the Fords, or was she as bad as the rest of them? Was she a devoted wife, or a dupe? Did she need help? Did she want to leave him? Did she just want to be left alone?

Had Renata spoken back then though, it’s not certain she would have been heard anyway. At the time of the press conference, despite the abuse allegations, the crude comments, and the admission of smoking crack, Ford enjoyed a shocking degree of support. In a poll from November 2013, 42 percent of Toronto residents said they approved of the job he was doing and 33 percent said they would vote for him. Would her denial or confirmation of his behaviour have made any difference at all in his popularity?

But now, five years later, it seems that Renata has something to say. What’s more she’s chosen to say it a time when it may do the most damage to her brother-in-law’s political ambitions and her in-laws’ reputation. And a woman who never seemed to have much power at all suddenly appears to have quite a bit of it.