Men On #MeToo: What Matt Damon And Other Good Guys Should Think About… Before They Speak

It’s time for all the 'good men' out there to ask themselves how they’ve benefitted from a system where the 'bad guys' have gone unchecked for so long. 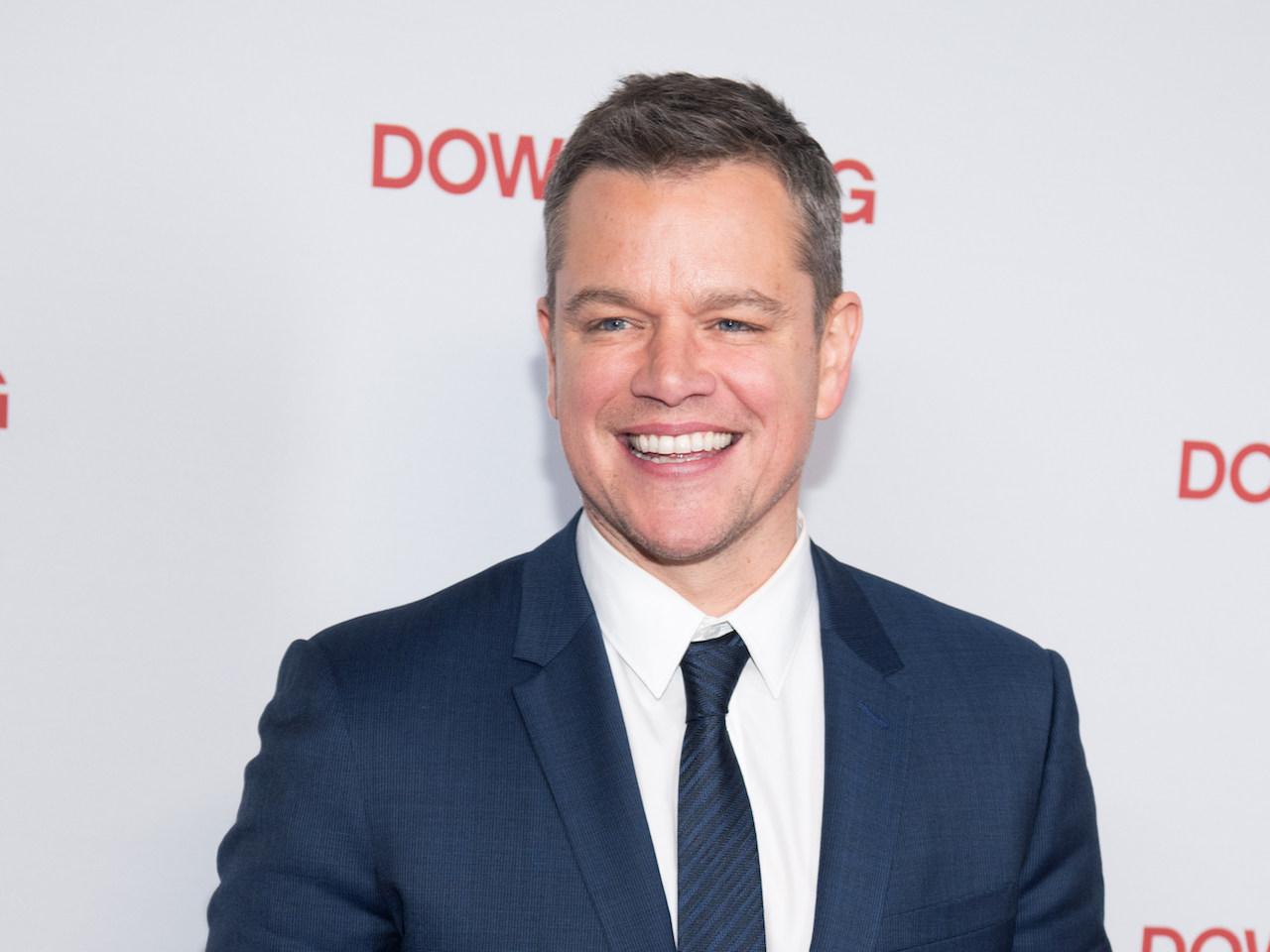 I’m pretty sure mine is the minority opinion, but I find Matt Damon’s recent comments on the #MeToo movement illuminating. Like this one he offered while promoting his new movie Downsizing: “There’s a difference between, you know, patting someone on the butt and rape or child molestation, right? Both of those behaviours need to be confronted and eradicated, without question, but they shouldn’t be conflated, right?”

And then, doubling down in a subsequent interview, he added: “We’re in this watershed moment, and it’s great, but I think one thing that’s not being talked about is there are a whole s—load of guys — the preponderance of men I’ve worked with — who don’t do this kind of thing.”

These comments are beyond dumb. They’re defensive, deeply uninformed and almost comically oblivious, especially given Damon’s professional and personal ties to several creeps and predators, including Harvey Weinstein, and Ben and Casey Affleck. Responding to his comments on Twitter, Minnie Driver, who dated Damon years ago, began her smart rebuke with, “Good God, seriously?”

Dumb as they may be, Damon’s opinions are reflective of how many men are processing the current messy, difficult conversation about gender and power, sex and consent, inequality and injustice. Faced with overwhelming evidence of the prevalence of harassment and violence — seeing it on the news and in social media feeds, hearing it from girlfriends, wives, sisters, colleagues and friends — they are minimizing (how bad is butt-pat, really?) or distancing (#NotAllMen). Understandably, the #MeToo Reckoning can feel like a rough time to be a dude, because men are finally being called on their seriously terrible behaviour. But for pretty much all of human history, it’s been even rougher to be a woman, largely because of that seriously terrible male behaviour.

Actual acts of abuse are a symptom of the problem, not the problem in and of itself. Rape, harassment and sexualized putdowns are mechanisms of control, a way to maintain a system in which men have more power than women. Many women who’ve experienced harassment and abuse have spoken about gaslighting — of being made to feel you’re crazy when you object to being groped, catcalled or given a shoulder massage without permission. By causing women to doubt themselves, gaslighting doubles the offence: Not only was the act itself not wrong, you’re wrong for thinking it was; the system and culture are fine, you’re the one with the problem. In this way, gaslighting extends the abuse by undermining women’s confidence, by implying they never belonged in the boys’ club in the first place, and that their ambitions are unfounded because they aren’t good enough, or smart enough, or tough enough.

The “good guys” (for what it’s worth, Driver counts Damon among them) — the ones who find stories of sexual violence so shocking and unbelievable — have also bought into this myth. They believe the issue is limited to a few “bad guys” and that sexual violence has nothing to do with them, nor does it affect them in any way. They don’t connect their own success and frictionless existence as men to women being largely shut out of power and competition. The widespread willful ignorance of women’s experiences of harassment and abuse makes it possible for men to gather in all-male boardrooms, professional panels, legislatures, newsrooms, restaurant kitchens and any other place dominated by (white and straight) men, and not be curious about the absence of women. And being oblivious to women’s pain allows a “good man” like Damon to feel sorry for a “bad man” like Louis C.K., who has admitted to abusive behaviour, and who Damon says has already “paid a price beyond anything.”

Damon’s flawed accounting doesn’t acknowledge women, who’ve paid an even greater price, because they’re invisible to him. He’s shown little professional interest in women, after all — most of his movies are bro-fests, from the Ocean’s 11 and Bourne franchises to Saving Private Ryan and The Departed, in which female characters are secondary, if they are present at all. Not coincidentally, these are the very sorts of movies that emphasize what’s called the male gaze — a way of depicting the world in film, TV, literature and art predominantly through a white, straight man’s point of view. So deeply has Damon internalized this male gaze, he can’t see how the world might look from another perspective.

By contrast, consider how other famous men have more thoughtfully and with more accountability responded to accounts of sexual violence. Recently, Anthony Bourdain publicly grappled with his role in creating a hostile, sexist culture in the food world. (He’s also the partner of Asia Argento, one of the women allegedly assaulted by Weinstein.) In an essay about his culpability, Bourdain writes, “In these current circumstances, one must pick a side. I stand unhesitatingly and unwaveringly with the women. Not out of virtue, or integrity, or high moral outrage  —  as much as I’d like to say so  —  but because late in life, I met one extraordinary woman with a particularly awful story to tell, who introduced me to other extraordinary women with equally awful stories. I am grateful to them for their courage, and inspired by them. That doesn’t make me any more enlightened than any other man who has begun listening and paying attention. It does makes me, I hope, slightly less stupid.”

Slightly less stupid is not a bad place to start. If men want the #MeToo moment to matter, then they need to see beyond their own experience. They need to appreciate how they have benefitted from a system in which harassment and hostility against women is routine. And they need to ask themselves some tough questions. What role can they play in making workplaces more equitable? How can they challenge creepy and predatory behavior when they witness it? What can they do to support women who are survivors of abuse? And what worldview and what power and what boys’ club membership are they willing to relinquish to get there? Good men have a reckoning, too.