Progress For LGBT Canadians Has Come Quickly, But With Speed Comes Consequences

The government’s apology to LGBT Canadians is a reminder of how far we’ve come and how fast we got here. But have we forgotten the fight to gain those rights along the way? 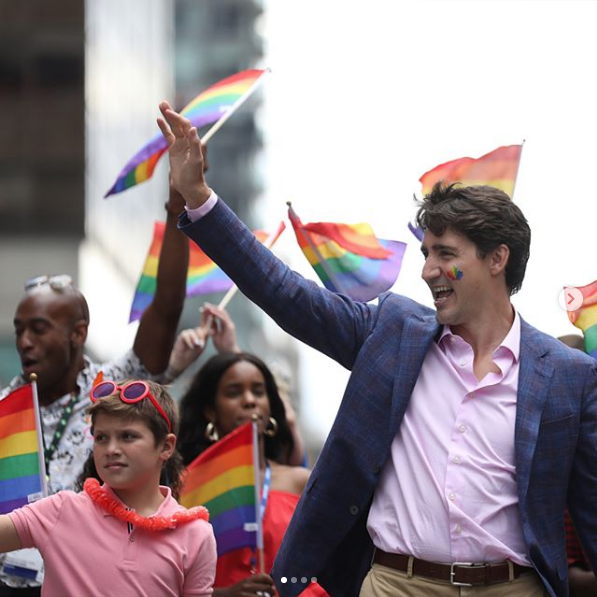 In the 1950s, as the Cold War between Russia and America simmered and U.S. Senator Joseph McCarthy waged his campaign against communist sympathizers, the Canadian government was hatching up its own battle on subversion. Fearful that lesbian and gay civil servants were weak of character and vulnerable to blackmail by hostile foreign agents, hundreds of suspected homosexuals were purged from the military and from public service jobs in Ottawa.

To sniff out these potential traitors, RCMP officers spied on local gay hangouts, like the basement bar at the Lord Elgin Hotel, and pressured openly gay civilians to “name names” of government-employed homosexuals. The ludicrous and cruel apex of this witch hunt was the invention of “the fruit machine” — a gay detection system, akin to a lie detector test, commissioned by the government and developed by a psychologist at Carleton University — which measured the biological responses (like the dilation of pupils) of subjects shown a series of photos of male and female pin-up models to determine whether they were straight or gay.

This week, Prime Minister Justin Trudeau will formally apologize for this, and for other acts of persecution, against LGBT people at the hands of the Canadian government, including those people who were criminally charged and convicted of gross indecency for consensual sex. It’s also anticipated that Trudeau will announce financial compensation for those whose careers in civil service were destroyed due to discrimination. (Last year, a more-than-$600-million class-action lawsuit was filed against the government, involving former public servants and members of the military who lost their jobs because of their sexual orientation.)

For those who survived that era, this apology is a momentous acknowledgement of the routine surveillance and daily humiliations, the pathologizing and the criminalizing, and all the attendant terror of being caught or outed that marked queer life in the 1950s and 1960s. As John Ibbitson noted in the Globe and Mail on the weekend, “While a few other governments have apologized for criminally convicting people for same-sex acts, no government in the world has come anywhere close to what the prime minister will deliver.”

And for those who came after, it’s a powerful reminder of how far and how quickly we’ve come. The timing of Trudeau’s apology is significant. It is almost 50 years to the day that his father, then federal justice minister, Pierre Trudeau, introduced an omnibus bill to make massive amendments the Criminal Code of Canada, including the decriminalization of “homosexual acts” performed in private. Famously, he told reporters, “there’s no place for the state in the bedrooms of the nation.” (The amendments passed into law in 1969.)

Change came slow at first: In 1980, a bill to add “sexual orientation” as prohibited grounds for discrimination to the Canadian Human Rights Act failed to pass. The next year, more than 300 men were arrested during violent police raids at four gay bathhouses in Toronto — one of the largest mass arrests in Canadian history. Throughout the 1980s and ’90s, Vancouver’s queer bookstore Little Sister’s routinely had shipments from the U.S. and elsewhere seized by Canada Customs.

Then AIDS hit, and change came very fast. The health crisis forced open closet doors and pushed people out into the streets. The eruption of grassroots activism of the late 1980s and 1990s — the revolutionary marches, kiss-ins and die-ins — alongside mainstream legal challenges for civil rights protections and relationship recognition profoundly altered both the legal and social status of LGBT people in the span of a decade or two.

It certainly altered my own life. One of my very first jobs in journalism in the late 1990s was at Xtra, Toronto’s gay and lesbian biweekly newspaper. It was a thrilling, and it felt like new victories and new visibilities emerged with every issue of the paper. To outsiders, it might seem that marriage equality was the big prize, but even more significant were the smaller, less-known wins: human rights protections that meant we could come out to a landlord or boss without risk of losing our home or livelihood; family court rulings that gave us custody of our kids; the pushback against police surveillance of our social spaces like bars and bathhouses. And just as important was the flourishing of queer culture during this time of transformation — books and movies that told our stories, fashion and art that declared our sexual desires, music that formed the soundtrack of club nights and Pride marches.

Next year, my wife and I will celebrate 20 years of being together, 15 of them as a legally married couple. We eloped at Toronto’s City Hall and, at the time, this still felt like something that might be taken away from us. If you don’t remember, marriage equality had significant opponents who believed that it would undermine the very foundation of civilization. (I’m not exaggerating.) Earlier this month, lesbian couple and professional hockey players Caroline Ouellette and Julie Chu announced the birth of their adorable baby daughter to near-unanimous delight. What a difference 15 years makes.

It can feel now that the embrace of queer people is a simple matter of demographics: Younger people are more tolerant and open-minded. But none of this change was the result of a natural, inevitable evolution of empathy. It took lots of fighting and an extraordinary amount of courage to insist upon our humanity. The LGBT community is distinct from other minority groups in that our culture and our stories are shared through peer groups and not transmitted via our families of origin. (In fact, for many of us, coming out has often alienated us from our kin.) Given this, and given how many were lost to AIDS, and how many people in earlier generations could not live openly, our collective memory is easily erased. Trudeau’s apology should serve to remind us that current day LGBT activists, celebrities, cultural figures and politicians stand on ground cleared by brave forebears at a tremendous cost.

Even now, costs remain. Consider the recent objections to students’ right to privacy in Gay-Straight Alliances in Alberta, or the dismissive treatment of transgender and non-binary people who ask to be called by the appropriate pronouns. Or look at the anger directed towards Black Lives Matter activists who are rightly and understandably uncomfortable with uniformed police presence at Pride parades.

This is also the way progress goes. Acceptance tends to lead to assimilation, victories to complacency and forgiveness to forgetfulness. And so the government’s apology feels at once important and beautiful, but also bittersweet. There are still battles to fight.