Why do powerful women still have to deal with ridiculous scrutiny of their legs, hair and even their heads? 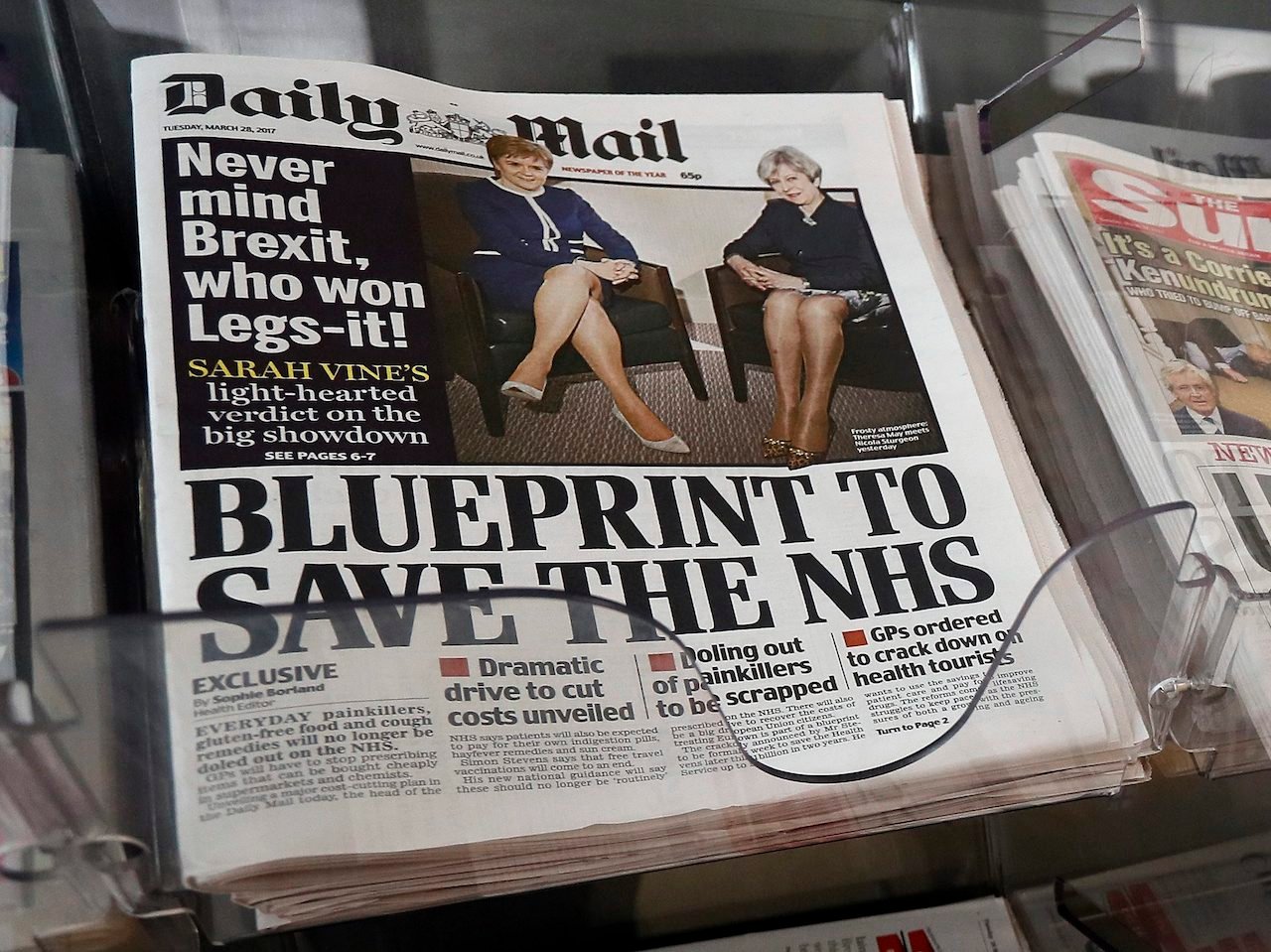 Every single one of us was born from a woman’s body and women — of every hue, shape, size and age — make up over half the earth’s population. Women aren’t mythical creatures like unicorns; we’re real and everywhere: at work, at home, in the world doing all sorts of things, from raising children to running countries. And yet, it appears from a series of recent incidents, that some people have never before encountered a human female with a human female body.

Take the meeting this week between British Prime Minister Theresa May and Scottish First Minister Nicola Sturgeon. World-changing matters were on the agenda, namely the Brexit timeline and Scotland’s proposed second referendum on independence.

So, how did the Daily Mail tabloid choose to frame this important confab? With a front cover headline, next to a photo of the two women both dressed professionally in knee-length skirts, that read: “Never mind Brexit, who won Legs-it?” And inside, in case the cover line was too subtle, the Mail mused: “Finest weapons at their command? Those pins!” Never mind that May and Sturgeon were determining the future of the United Kingdom, what seemed to stun the paper was the titillating discovery that these two human woman had lower limbs.

Meanwhile, longstanding US Congresswoman Maxine Waters gave a speech this week, urging her fellow Americans to fight President Donald Trump’s anti-democratic policies. Asked for his opinion on her comments, conservative Fox TV personality Bill O’Reilly said he wasn’t paying attention because he was too distracted by Waters’ hair, which he said looked like “a James Brown wig.” 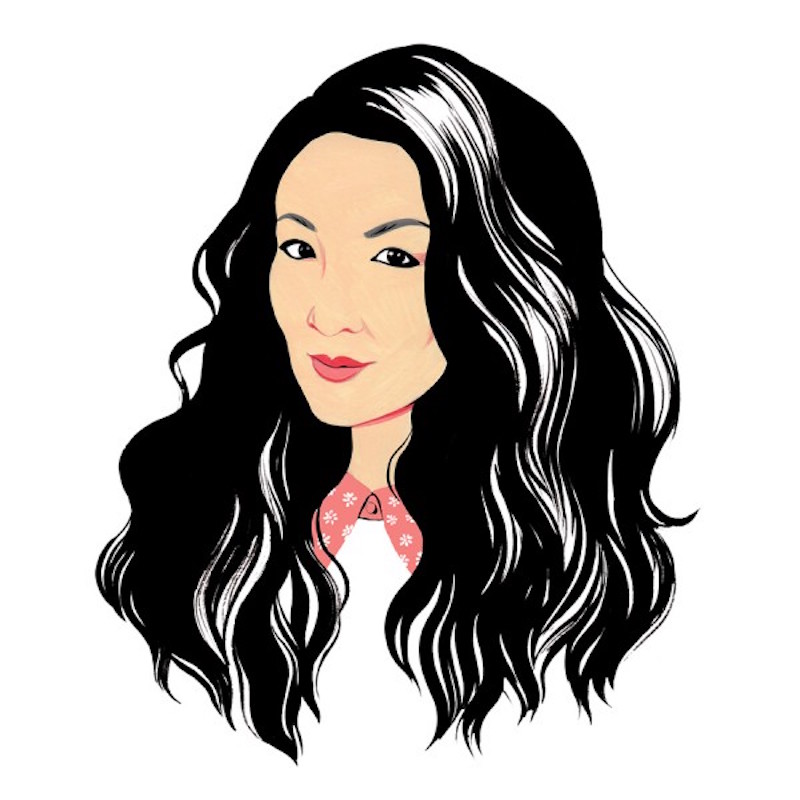 My husband does all the housework. Should I feel guilty?

And when it came to April Ryan, a veteran White House correspondent for American Urban Radio Networks, it was her whole head that troubled White House press secretary Sean Spicer. When Ryan pressed him to answer questions about the Trump administration’s alleged ties to the Kremlin, Spicer scolded her and told her to stop shaking her head. How dare she respond to his evasions with a totally normal gesture of frustration?

This is not a foursome that’s easily rattled, or dismissed. May and Sturgeon are handling Brexit’s fallout — a mess, it should be noted, that was created by the all-male wrecking crew of David Cameron, Nigel Farage and Boris Johnson. Waters, who’s been nicknamed “auntie of the resistance,” is one of the most principled fighters in the Democratic Party. Ryan is a fair-minded but tough journalist who’s been on the presidential beat for two decades. These are serious women, with serious brains and serious jobs. Why are their bodies – how they cross their legs, style their hair, shake their heads – being remarked upon at all?

Calling attention to their bodies is a way to remind people that they are women, and in Waters’ and Ryan’s case, black women, in fields that are still dominated by white men. And reducing these women to their “pins” and their hair is a mealy-mouthed way to suggest that women shouldn’t have power, shouldn’t have opinions and shouldn’t ask hard questions. It’s a way to tell these women they don’t belong and they aren’t deserving, because “they don’t look the part.” 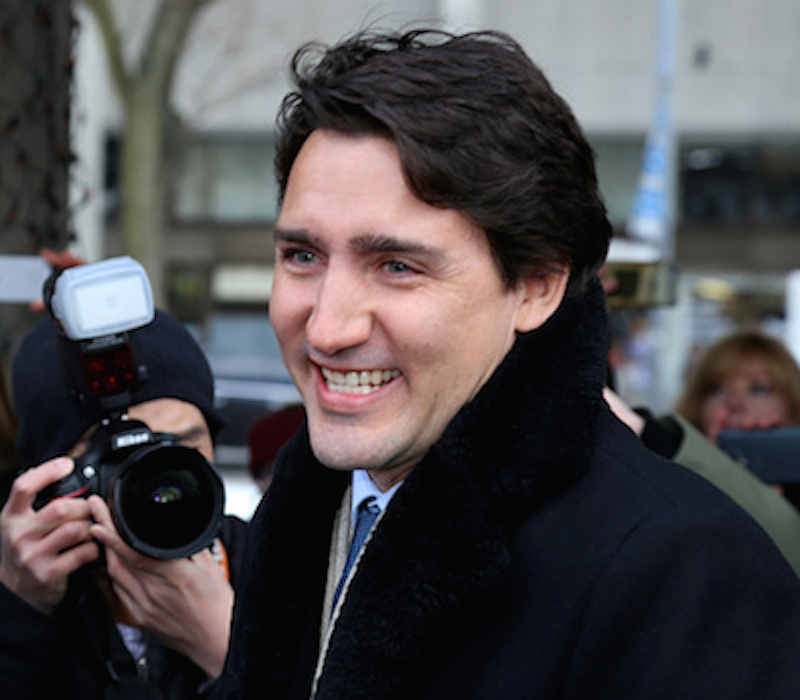 And although very few of us spend our work day running a country or grilling presidents, almost every woman has faced something similar: having her professional competency questioned by a veiled (or maybe not so veiled) comment about her make-up, her children, her emotions, the tone of her voice.

These messages about our bodies — and what’s wrong and shameful about them — start early. The weekend prior to all this, two young teenaged girls were barred from boarding a United Airlines flight because their leggings didn’t pass the dress code. A third, younger girl was permitted on the plane once she covered herself with a dress. Given that leggings are a standard tween uniform these days, it’s hard to fathom what was inappropriate about their outfits — other than the fact that they were on female bodies, which must be policed at all times.

At least that generation of girls will also grow up with a model of resistance. A fellow air traveller raised attention about the United incident and within hours the airline flooded with angry email and boycott threats. The Daily Mail was roundly trashed and mocked, with parody covers featuring male politicians in shorts. On Twitter, activist Brittany Packnett started the hashtag #BlackWomenAtWork with African-American women using it to praise Waters and Ryan and to talk about their own experiences of being demeaned while on the job. It quickly became the number one trending topic on Twitter. Waters joined in, too, tweeting: “I am a strong Black woman. I cannot be intimidated, and I’m not going anywhere.”

More:
Get your horoscope for April 2017
Does kale live up to its reputation as a superfood?
10 beauty products to help you fake a good night’s sleep