Here’s One Thing Kathleen Wynne Shouldn’t Be Sorry For, Despite What Voters Think

The Ontario premier may have regrets, but her 'likability' needn’t be one of them. 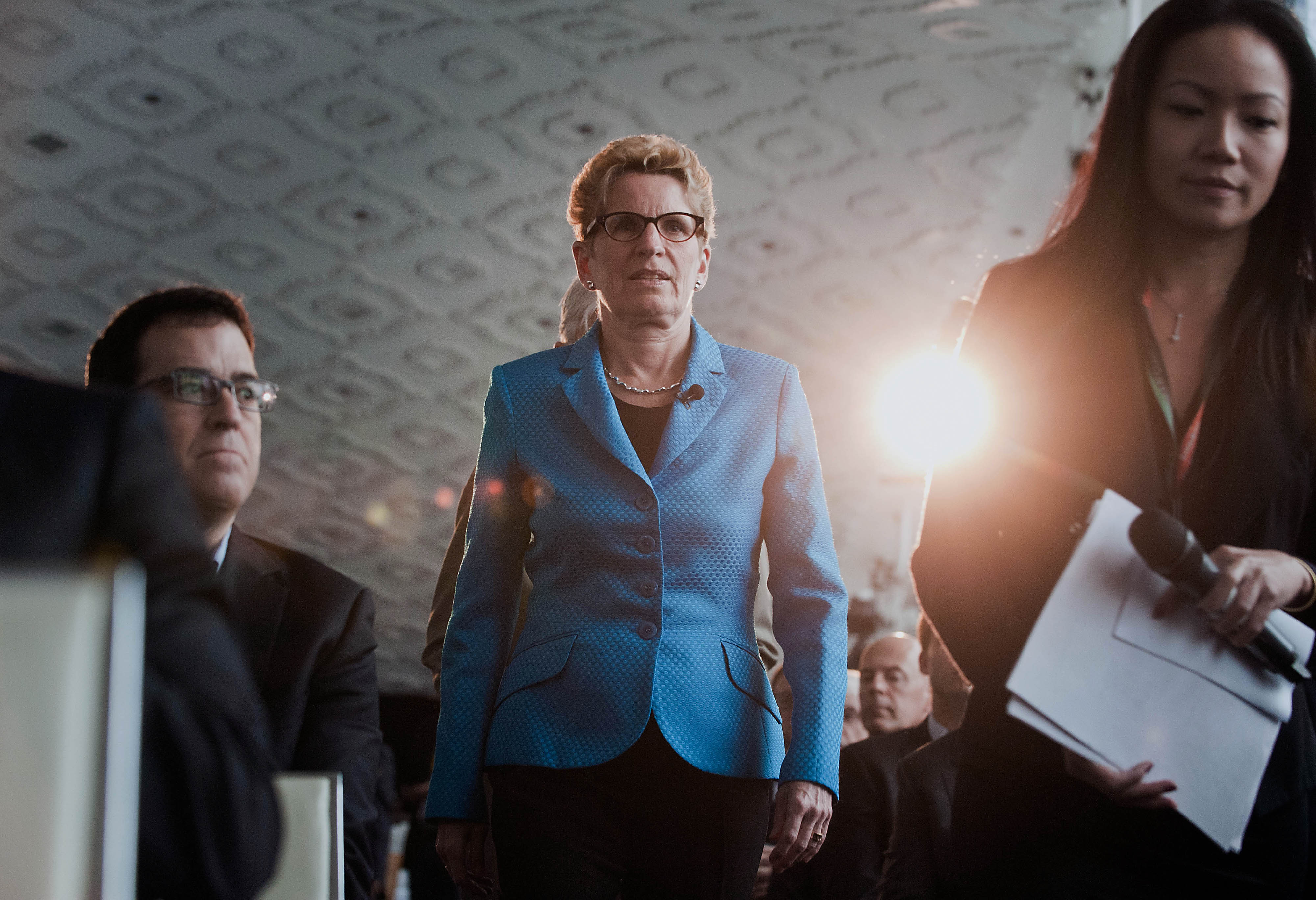 As home-stretch political strategies go, Kathleen Wynne’s apology is a bold one. In her opening statement at Sunday’s Ontario leaders debate, the premier began with, “Sorry, not sorry,” and went on to say, “I’m really genuinely sorry that more people don’t like me. But I am not sorry about all the things we’re doing in Ontario to make life better.” Then she rhymed off a list of her government’s successes: tuition coverage, an increased minimum wage, climate change initiatives.

That debate line was accompanied by an online video, featuring a shot of Wynne staring straight into the camera and slowly breaking into a slight smile as the same “sorry, not sorry” text appearing onscreen. Stark and dramatic, it looked like a clip that might herald a divisive athlete — like Miami Heat-era LeBron James — heading into a championship showdown.

What Doug Ford Says About Women Says Even More About Him It’s smart, perhaps, for Wynne to lean into her unpopularity. After months of dismal approval ratings — last year, it was at 12 percent, the lowest of any current premier — she’s found herself trailing both a populist Progressive Conservative party led by Doug Ford and a surging NDP headed by Andrea Horwath. Wynne seems to have nothing to lose by stating the obvious. It’s even a little ballsy to say it out loud, “Sure, you don’t like me, but let me make the case for my party.”

And yet, the “sorry” rankles. Wynne is another female politician forced to account not only for her record and her platform, but also her personality. A supposed lack of warmth and charm dogged Hillary Clinton — remember back in 2008 when Barack Obama condescendingly told her that she was “likeable enough”? Or, by comparison, consider Doug Ford’s likability. He once complained that a home for teenagers with autism “ruined” its neighbourhood, and accused the kids of being criminals. When a father of one of the residents objected to this characterization, Ford told him to “go to hell.” Being nice has never been a priority for Ford.

In politics, having charisma does matter. But for women in politics, it’s a charged imperative. It’s long become cliché that being too nice suggests weakness and an inability to lead, while not being nice enough makes you a bitch. Studies of gender bias in salary negotiations, for instance, have found that men are rewarded for making aggressive demands even when they’re perceived as being difficult, while women are punished for doing the same. People are less inclined to want to work with unlikeable women (as colleagues, subordinates or bosses) than they are with unlikeable men. 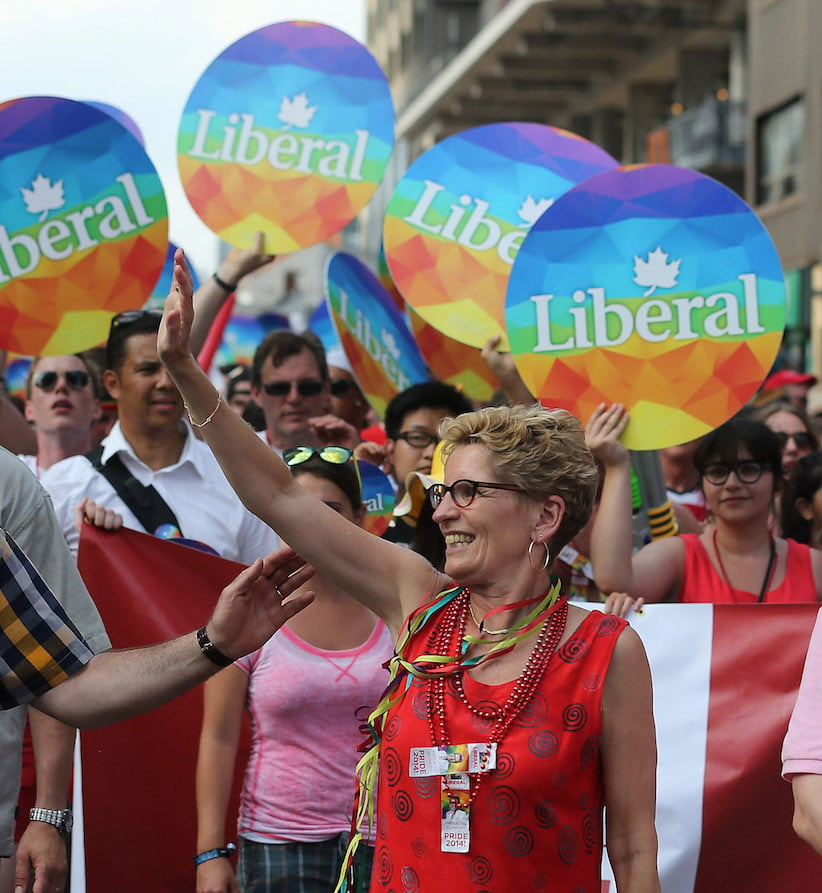 But when Wynne was elected with a majority back in June 2014, her victory was thrilling — the win made her Canada’s first openly gay elected premier and the largest province’s first female leader. At Toronto’s Pride celebrations that year, she was met by gleeful crowds and fans. Four years later, she’s one of the least popular provincial leaders ever.

The extreme dislike of Wynne is perplexing, particularly given the fact that many of her party’s policies, like the Liberal pharmacare plan to provide young adults and children with free medication, and the $15 minimum wage hike are quite popular in Ontario. Even the widespread anger in northern Ontario over high electricity prices and a more general (and understandable) fatigue and frustration with the Liberals after 15 years in power doesn’t fully account for Wynne’s personal unpopularity. She is, after all, a seemingly pleasant, if serious person. She’s never been a firebrand or a schmoozer, but neither has she come across as vicious or uncaring. So, what’s with all the haters?

TV Ontario’s Steve Paikin, one of the moderators of Sunday’s debate, wrote that Wynne, despite missteps and mistakes during her leadership, is one of the province’s most accomplished politicians of the last three decades. She’s also, as a woman and a lesbian, a political and professional ground-breaker.

In his column, Paikin tiptoed around asserting that sexism and homophobia are definitively at work, asking instead: “If Wynne were a heterosexual man rather than a gay woman, would her approval rating be so low?” Let me be blunt: No.

That’s why her “sorry, not sorry” quip was a let-down. Wynne’s tenure might well be over, her middle-of-the-road centrism and low-key temperament might not suit these more polarized and urgent times. She may even wish to express regrets for her mistakes. But when it comes to not being perceived as “likeable”? No woman should ever apologize for that.