The Election Issue That Isn’t Even On Politicians' Radar

If we want women’s issues to be a priority in this election, we’re going to need to get loud. 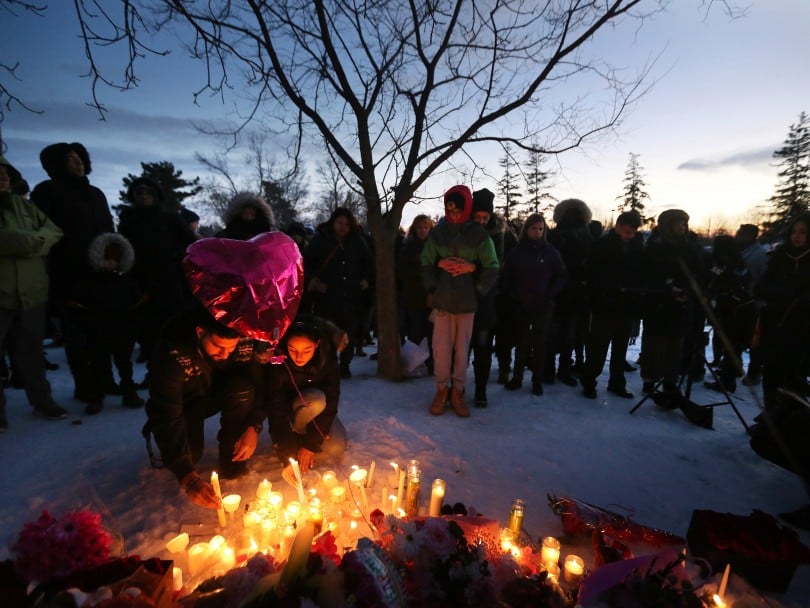 A woman was murdered every 2.5 days last year in Canada.

This is just one of the many startling statistics contained in the first report issued by the Canadian Femicide Observatory for Justice and Accountability, an organization that was established in 2017 as a response to a call from the United Nations to monitor femicide rates around the world. The goal of this yearly report is to draw attention to the unique circumstances surrounding femicide in the hopes of preventing further violence.

But while the report received some attention when it was released in late January, it doesn’t appear to have riled up a single politician—which is alarming when you consider that all the major federal parties are gearing up for the fall election. Candidates of all stripes are hosting town halls, shaking hands, kissing babies and duking it out over SNC-Lavalin, international relations and border security. But no one seems particularly concerned that 148 women and girls were killed last year or that half of the women were murdered in their home by someone who claimed to love them or that the youngest victim was three weeks old. Not a single candidate has made femicide a talking point on the campaign trail.

As a longtime advocate for women and girls, and as a survivor of intimate partner violence and stalking, I’m outraged. What will it take for politicians to care about the lives of women and girls?   During the 10 years that Stephen Harper was prime minister, funding for research on women’s lives ground to a halt. Cuts to Status of Women Canada’s budget along with his cancellation of the long-form census meant it became impossible to measure women’s experiences in the home, workplace and at school. It also meant we had no real sense of how many women were experiencing violence. Trudeau’s election and his commitment to feminism was a moment of exhilaration for advocates—it felt as though change was coming.


And in many ways, they have. Gender-Based Analysis was applied to the federal budget, Status of Women got a profile boost and a strong message was sent across the land that “Feminism is cool.” But the violence continued. At the height of the #MeToo moment, three years into Trudeau’s term, an act of misogynist terrorism unfolded on a sunny afternoon in Canada’s largest city when a man drove a van through the streets of Toronto, mowing down eight women and two men. There were hot takes and head shakes, but no concrete policy changes. Neither Canada’s feminist-ally prime minister nor Ontario’s feminist premier Kathleen Wynne called out the blatant misogyny of the act.

When the CFOAJ report launched last month, I was hopeful that hard data would make a difference. For years, we had been relying on patchwork statistical evidence and the qualitative stories of advocates to paint a picture of femicide in Canada. We finally have a better sense of what is happening across this country.

But if we want the lives of women and girls to be a priority in this election, then we have to take those numbers and get loud. And to do that we have to work together. When a candidate comes knocking at your door or when you find yourself at an election debate, here are some hard-ball questions you can throw their way:

How are you going to address violence against Indigenous women and girls?

What’s your strategy for addressing the high rates of violence against rural women and girls?

Only 16 percent of Canadians live in a rural area, but 34 percent of the women killed last year lived rurally. Women in the north are particularly at risk, with the highest femicide rate in Nunavut and the Yukon. A triple femicide in Wilno, Ontario in the fall of 2015 highlighted the isolation and lack of support for rural women trying to flee violence.

My colleagues and I are re-thinking how funding should be allocated. Currently, funding for services like shelters and sexual assault centres happens per capita. Yes, there are technically fewer clients in a rural community but the lack of public transportation, patchy cellphone reception and the overall isolation means the cost per client is actually higher than urban areas. Ask your candidate if they’re thinking about the rural reality and if rural survivors are on their radar.

How are you going to make Canada safer for young women and girls?

Across all races and regions, young women are especially vulnerable to violence, with a quarter of femicide victims last year being women aged 25 to 34. We also know that women under 25 have the highest rates of sexual assault in Canada. Ask your candidates where they stand on mandatory consent education in schools, the creation of a national youth mental health strategy and funding for trauma-informed youth services.

The vulnerability of young women was recently made tragically clear with the Amber Alert across Ontario searching for Riya Rajkumar. She was a smart, vibrant girl who was killed on her 11th birthday. Her father was charged with first degree murder and died a few days later in hospital from a self-inflicted gunshot wound.

We’re mere weeks into a new year and there have been at least four femicides across Canada already. It’s time for us to demand that the lives of women and girls in Canada be prioritized.