A more analog approach to politics may just be the ticket. 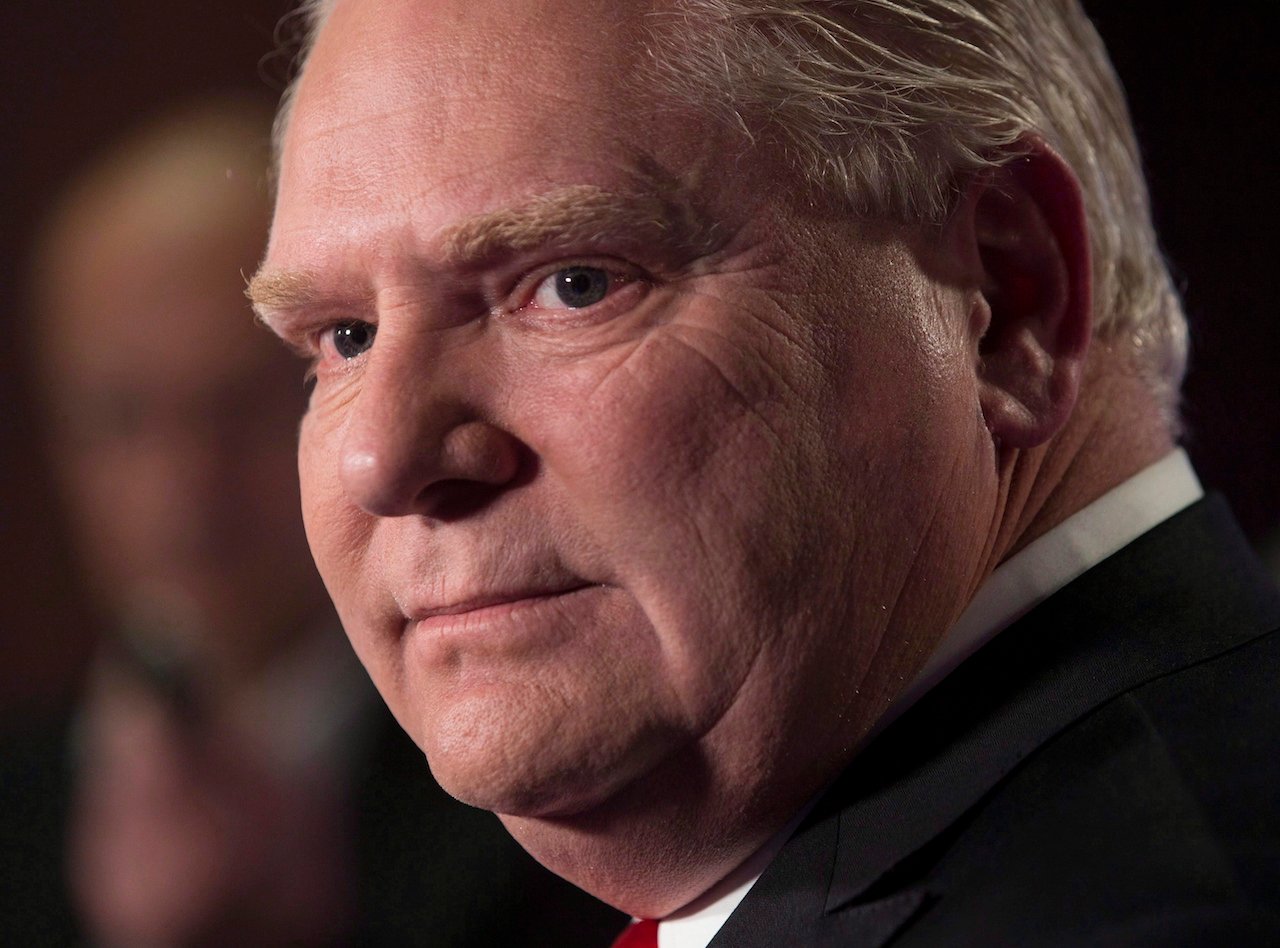 Doug Ford, the new leader of the Ontario Progressive Conservatives, appeared on CBC Radio earlier this week full of his usual, aggrieved bluster. He offered some shaky facts about the size of Ontario’s debt and he sang a verse of his old standard about “the elites.”

Ford, who inherited a successful family business and who hails from the conservative political establishment (his father, Doug Sr., was an Ontario MPP; his brother Rob, infamously, the mayor of Toronto), really, really hates elites. As he described them on the CBC, these people “look down on the common folk, think they’re smarter than other people,” and drink “champagne with their pinkie in the air.” What really seemed to irk him, though, was that a lot of these “elites” aren’t even wealthy: “half of them don’t have two pennies to rub together,” he said. Nothing gets under the skin of Doug Ford more than being criticized by people he looks down on for not having as much money as he does, which some might say makes him sound — what’s the word for it — elitist.

Even to those outside of the Greater Toronto Area, who might not be fully acquainted with the Ford family’s logic-defying brand of populism, this has to be sounding familiar. The comparisons to Donald Trump are almost too easy: Like Trump, Doug Ford is rich kid with daddy issues; he’s a bully and he’s crude (he once told anti-poverty activists to “get a job”); his personal history is shady (The Globe and Mail has reported he dealt drugs in the 1980s); and he fancies himself a champion of the little guy (he once handed out $20 bills at a Toronto social housing complex). 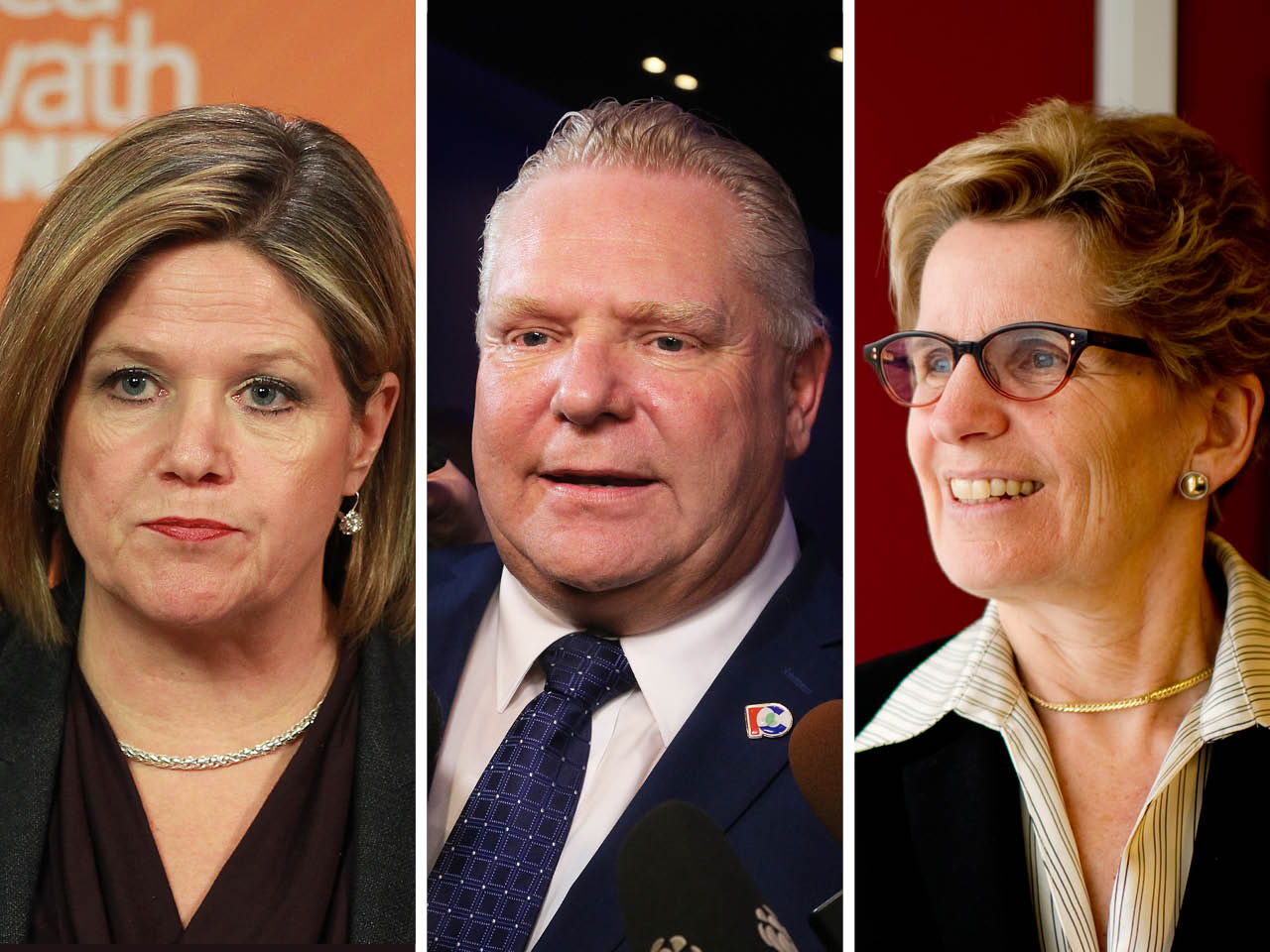 Doug Ford Won The Ontario PC Leadership. What Can We Expect In The Election Itself?

And like Trump, Doug Ford’s appeal should not be underestimated. Yes, his stint on Toronto’s council was defined by his leading role in his brother’s messy, ridiculous, dysfunctional, failed term as mayor. Yes, his commitment to “the common folk” is nothing compared to his real commitment to business interests (he wants to privatize liquor and pot sales, he wants to cut corporate taxes). And yes, he’d be a divisive, us-versus-them premier and one poised to make the kind of drastic, devastating cuts that were the centrepiece of Mike Harris’s Common Sense Revolution.

But Doug Ford is an excellent candidate — his stop-the-gravy-train, anti-elitism, man-of-the-people talk is effective precisely because many people are hurting, feel talked down to and don’t get the sense that politicians are working for them or represent their concerns. Ford even cannily leans into his flaws — his abrasiveness, his rudeness, his messy history — as a strength: “I’m going to be Doug, I can’t change,” he’s said. “That’s what I can’t stand about politicians, they are so phony. I don’t care what party they are, they act one way behind closed doors and then in public they are prim and proper.”

The temptation with a personality like Ford’s, as it is with Trump, is to meet his outrageousness and bombast with the same. His leadership win was immediately met with a wave of fist-shaking fury on social media. But what we can learn by what happened with Trump, and even going back to the election of brother Rob, is that outrage alone isn’t an effective when you’re up against a populist bully. Doug Ford seems purpose-built for a flame war and outrage is oxygen to nasty, divisive, inflammatory characters like him.

He turns up the heat on the most emotionally charged wedge issues to rally his base and to create a distraction. He’s hinted that he’d welcome a bill from his caucus requiring parental consent for minors to terminate pregnancies, and indicated his desire to revamp Ontario’s sex-ed curriculum. That’s attracted evangelical supporters who might not otherwise back an exceedingly un-prim and improper candidate like him, and it’s ignited vociferous opposition.

Over the past decade, social media platforms like Facebook and Twitter became inextricably tangled with politics and have transformed from a campaign tool to the main platform of our political discourse and debate. Even though outrage is an understandable response when Ford announced his aggressive (but detail-free) platform and lampooned his critics as champagne-swilling jerks, the truth is that social media outrage might only get Ford closer to office, not further from it.

The trouble with populism’s false prophets is that that they thrive on the kind of fighting and cynicism that is rampant on these platforms. If everyone is busy all-capping at each other on Facebook and Twitter, or if people think there’s no point in engaging in politics because nothing ever changes anyway, then populists succeed in furthering their own agenda, not doing what’s right for the citizens they serve.

Since turning off the internet isn’t an option, maybe here, too, we might take a page from the States. The election of Donald Trump has led to a groundswell of political organizing. People are signing up to run for office in unprecedented numbers. They’re participating in mass demonstrations, volunteering for community groups, and putting in daily phone calls to their local representatives.

It’s been reported that globally, people spend more than two hours a day on social media. That’s a lot of time that could be spent on the real life organizing that elections and civic engagement still demand: Study up on the issues and actually talk to the volunteers door knocking for politicians, or attend a candidates’ debate, or volunteer yourself for organizations or politicians addressing the issues that matter to you, your family and community. Call it analogue politics for the Twitter age.