The dialogue around Brett Kavanaugh's defence tells young men we don't believe they are capable of empathy, decency and honour, Rachel Giese writes. 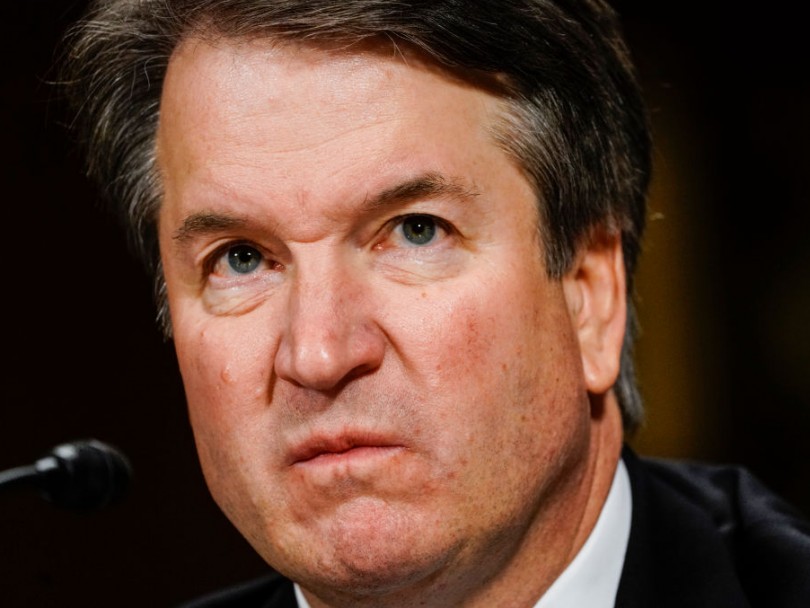 Call it Newton’s Third Law of Misogynist Backlash: For each and every acknowledgment of girls’ and women’s humanity, there must come an equal and opposing outcry about what a massive bummer that is for boys and men. As women insist on the most basic of rights — personal safety and control over their bodies — there remains a stubborn, sizeable group who perceive this insistence as a personal attack on men.

Last week, Dr. Christine Blasey Ford courageously and credibly testified that when they were teenagers, U.S. Supreme Court nominee Brett Kavanaugh attempted to rape her. More exactly, she alleges that he and a friend locked her in a bedroom, where Kavanaugh pinned her down, covered her mouth and attempted to take her clothes off.

Kavanaugh’s supporters have in turn done everything to discredit Ford, and deny her reality, either by outright refuting her testimony or downplaying the incident with a variation of the “boys will be boys” defence: It was “drunk teenagers playing seven minutes of heaven” tweeted one, another described it as “rough horseplay.”

Then there’s U.S. President Donald Trump. On Tuesday, he mocked Ford with breathtaking cruelty at a rally, having earlier in the day identified the real victims in this tragedy as — wait for it — young men. “It’s a very scary time for young men in America when you can be guilty of something that you may not be guilty of,” Trump told reporters on the White House lawn. And at the rally, he made a direct appeal to his female supporters, presumably to ensure their sympathies. “Think of your son. Think of your husband,” he said.

Even by Trumpian standards of bigotry, hyperbole and hypocrisy, it was a stunning statement. The U.S. president has never been one for due process or the presumption of innocence. In 1989, he took out a full page newspaper ad calling for the death penalty for the Central Park Five – a group of black and Latino teenage boys who were falsely accused of rape and later fully exonerated. His administration is criminalizing migration, separating children from parents and locking up kids in cages and makeshift jails without legal representation or trials. His rallies continue to climax with calls to “lock her up” — more than a year after Hillary Clinton was defeated.

The myth of the lying Jezebel intent on destroying a man’s reputation is an ancient trope that has only intensified in the #MeToo era. (Trump said Kavanaugh’s “life is in tatters.”) As a handful of powerful, high profile men have finally had to experience some small measure of penalty for their misconduct, there’s been a concurrent concern that #MeToo will go too far, that innocent men – good men! – will get trapped in its snare. As a lawyer close to the White House said recently to the press: “If somebody can be brought down by accusations like this, then you, me, every man certainly should be worried. We can all be accused of something.”

Trump’s comments about America’s young men was a response to a reporter’s question about the message that group is receiving from Kavanaugh’s nomination hearings, in the midst of what are now multiple sexual assault accusations made against him. Journalists have dug into Kavanaugh’s high school and college history and several old friends and classmates have come forward to refute Kavanaugh’s portrayal of himself as a respectful, restrained and wholesome kid who maybe, only just once or twice, drank a single beer too many between study hall, Sunday school and basketball practice.

Instead, the teenager and college student described was a young man who routinely drank till he was sloppy, stumbling and slurring his words. There are accounts of his belligerence and combativeness, including a bar fight. A dorm mate recalls a bathroom covered in vomit after parties. Young Brett has been characterized as being both awkward and aggressive towards women – a wannabe player who was sulky and resentful about his lack of popularity.

In other words: Kavanaugh doesn’t just sound like a preppy bully from a 1980s teen movie, he sounds like a lot of contemporary young men: entitled, uncomfortable in his own skin, status-seeking, a kid who drinks to excess to lower his inhibitions, a guy who treats girls terribly to impress other boys, a young man who is a danger to others and to himself.

Like Brock Turner, the Stanford University swimmer, who raped an unconscious woman outside a frat party and whose father said of his son’s six-month jail sentence that it was high price to pay for “20 minutes of action.” Like Ma’lik Richmond and Trent Mays, the two Steubenville high school football players, who were charged with the sexual assault of a girl at party, about whom a CNN reporter said: It was incredibly emotional to watch what happened as these two young men that had such promising futures, star football players, very good students, literally watched as they believe their life fell apart.” Like the 15-year-old California football player accused of sexual assault in 2016, whose father — a registered sex offender — said of him, “He’s tall, dark and handsome, there’s a lot of girls that want to be with my son.”

The full-throated defence of Kavanaugh by Trump and other Republicans, like the defence of these other young men, does send a message: that certain boys — white boys, wealthy boys, star athletes — should be forgiven of anything.

But what will they lose in exchange? It’s an appallingly low standard to set for young men to say that rape is a normal part of the adolescent male experience, to equate inflicting pain with horseplay and hijinks, and to tell them that they never have to take responsibility for their actions. It tells boys that we don’t believe them capable of empathy, decency and honour, and we don’t expect them to recognize the humanity of others. And, so yes, Trump may be right: that does make being a young man right now sound very scary indeed.