As much as it was lovely to see, my daughter’s joy made it obvious that in the decades since I left it, Ontario’s education system has failed to close its teacher diversity gap. 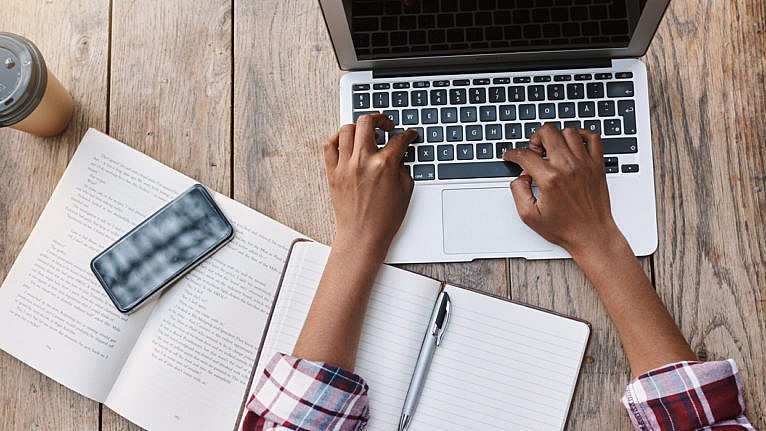 In September 2020, on her first day of the eighth grade, my daughter set up her laptop at our kitchen table and logged in to her class. Already weary of online learning, but a conscientious participant, she picked up her water bottle and plopped into her chair, waiting for class to start.

Sitting across from her, I listened as her teacher cheerfully welcomed students and quipped that since she’d ensured her braids were camera-ready, the least her students could do was turn on their computer cameras for her so she could see their faces, too.

My head popped up to take in my daughter’s reaction. I laughed as her expression reflected palpable joy. Her smile widened, she excitedly waved hello to her teacher and, barely moving her eyes from the screen, exclaimed: “Mom, she has braids!”

Her eighth-grade teacher was more than we could have hoped for. She was warm, energetic, and confident. And, for the first time in either of our academic careers, she was also Black.

I will admit: I was envious for a moment. As a Black child growing up in Ontario, seeing oneself reflected in your school experience is novel. Not one of my educators—from kindergarten through what was then known as OAC—looked like me. But, as quickly as it stirred, my envy evaporated. My daughter finally running into her likeness in this context hit a nerve. As much as it was lovely to see, her joy made it painfully obvious that in the decades since I left it, Ontario’s education system had failed to close its teacher diversity gap, thus ensuring Black teachers remain a novelty, even today.

Since this report, progress may have been made in several boards, but it’s hard to tell. While Ontario’s Education Equity Action Plan mandates demographic data of teachers and students be collected by 2023, until then, the makeup of most school boards is unclear and few boards have the historic data required to assess improvements.

But numbers only tell part of the story. The affirming sense of seeing oneself in places you are not usually seen is hard to quantify—as is the damage of being rendered invisible in spaces meant to inform who you choose to become. In a system where my daughter is barely represented, there was incalculable value in having Black leadership normalized, even by a disembodied head in a virtual classroom. The liberating absence of unintentional microaggressions gave her the ability to put down the defences one employs when constantly othered.

Aiding and abetting my frustration is the nagging feeling that it cannot possibly have to be this way. Ontario has shown it can successfully implement equity-advancing programs when the institutional will exists. In the ’80s and ’90s, when a disproportionately high number of men were in leadership roles in school boards and unions despite the high number of women in teaching positions, the province took purposeful strides to make gender equity a priority. Targeted training programs, affirmative action plans and provincially funded equity incentives led to change. Closing the gap took time, but women went from holding only seven percent of principal positions in 1980 to 42 percent of these roles by 1996. There is still more work to do, but now more than 60 percent of school administrators are women.

Knowing this, it’s a struggle to understand why hiring teachers who look like the students they teach seems an elusive goal. Few other sectors have failed to evolve with demographics as spectacularly as education. Walking into any hospital, bank, store or construction site we expect to see people of all backgrounds, yet the same can’t be said of school staff rooms.

In response to my bringing this up, I’ve been assured by some that the system has “tried” to hire Black candidates, but the pool of qualified candidates “isn’t there.” This tired pipeline excuse wouldn’t hold any water but for the fact that the system did spend several decades streaming Black students below their potential and away from the university degree required to teach. And while the province committed to removing academic streaming in secondary schools this September, it does not absolve administrators of their dismal failure to hire the diverse staff that research indicates is critical to improving outcomes for Black students, streamed or not. Boards who do pledge to hire more Black teachers have only a few hundred roles open every year; at that pace, with more than 150,000 educators in Ontario, there is no chance that the longstanding monochromatic makeup of education will catch up to population diversity. This is especially true since outside of expressing their commitment to diversity, most boards have made no measurable hiring goals–seemingly relying on wishful thinking to drive change rather than meaningful action.

Some folks demonize union “roadblocks” or blame provincial funding, and while somewhat justifiable, this finger-pointing dodges accountability. History tells us these groups could play together and chase closing the diversity gap the way they chased closing the gender gap.

There are also those who’ve gaslit the idea that representation matters whenever I discuss it. They dismiss studies concluding that having even one Black teacher fosters a sense of belonging, higher expectations for Black students and improved academic outcomes. These folks contend I am safe to put my Black children’s futures in the hands of teachers, administrators and guidance counsellors who don’t look like them. They ask me to negate my lived experience and to trust that the systemic racial bias we have barely begun to acknowledge has been eradicated.

Finally, still others urge patience, suggesting I should not expect change “overnight.” But the education system had all the nights.

The novelty of a Black teacher is frustrating because the diversity gap is not new. As long as the makeup of school leadership stays disconnected from the identities of its students, it paints a picture of a system being dragged, kicking and screaming, towards equity.