Guilty pleasure TV is destroying old clichés about the "woman in peril," and telling true-to-life stories about domestic and sexual abuse. 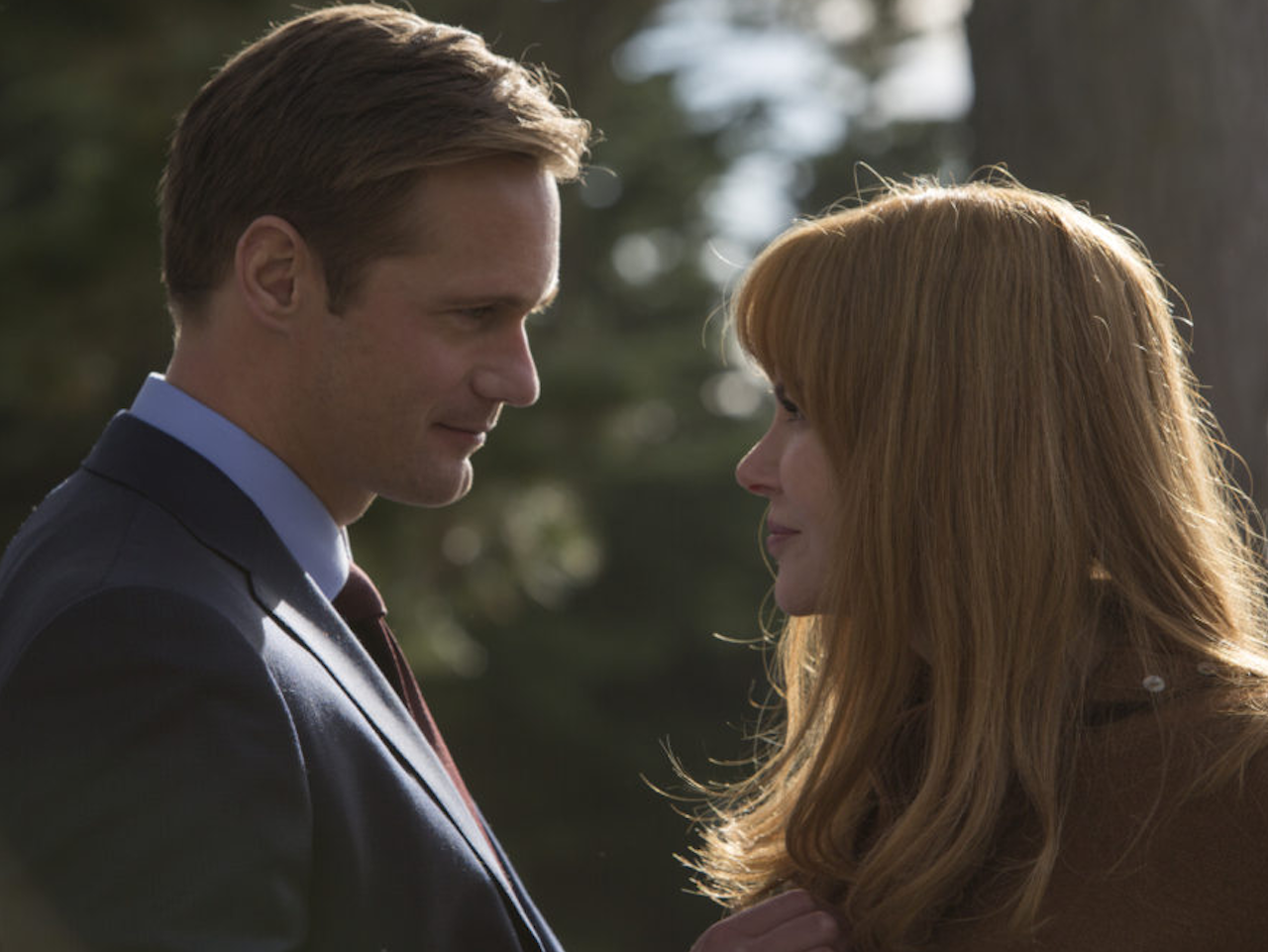 The HBO mini series Big Little Lies, which ended on Sunday, was seductive from the start. Glamourous Reese Witherspoon and Nicole Kidman, groovy Laura Dern and cool girls Zoë Kravitz and Shailene Woodley played a mommy clique of frenemies whose kids are classmates at a precious Northern California kindergarten. With its knockout ocean vistas, biting mean-girl shade and bottomless glasses of pinot noir, what wasn’t to love? It was prestige guilty pleasure, set to a soulful soundtrack.

But over its seven episodes, the show became a stealth public awareness campaign about the mechanics of domestic abuse, date rape and their aftermath. Woodley’s shy Jane is the doting mother of a boy conceived during a sexual assault. Kidman’s graceful Celeste dabs on concealer to cover up the bruises inflicted by her possessive, controlling husband.

Women in peril are a TV staple, from Westworld to Law & Order: SVU to Game of Thrones, where sexual violence is usually gratuitous or used as a plot device. But in Big Little Lies the violence is casual, ambient and shown to be more common than we like to admit. Even in the gleaming homes of privileged, sunny California, there are murky and ever-present threats to women’s lives.

Years after her attack, traumatized Jane still suffers from nightmares and anxiety. Celeste, meanwhile, refuses to admit that she’s in real danger. Her denial isn’t a weakness. It’s been her primary survival tactic. And when her therapist urges her to form an escape plan — find a place to live, squirrel away money, document her injuries, tell a friend so she has witnesses — it serves as a PSA on the logistics of leaving an abusive spouse.

Related: What you need to know about Russia’s move to decriminalize domestic violence

Like Big Little Lies, the third season of the British TV crime series Broadchurch deals with the prevalence of violence in women’s lives through the case of Trish, a woman who was knocked out and raped at a party. Scenes of the attack itself are brief and blurry. Instead, the show narrows in on what happens to Trish afterwards, showing in great detail the process of the medical exam and rape kit, the police investigation, and Trish’s uncertain steps towards recovery. (The producers consulted sexual assault support counselors to ensure that the plotline was handled with care and accuracy.)

Trish isn’t a “perfect victim” — she likes to drink, she likes to have sex, it’s revealed she betrayed her best friend — but none of that calls into question the reality of her rape or places the fault on her. Nor is Trish reduced to being merely a victim. As she heals from her attack, she is by turns terrified, numb, angry, ashamed, defeated and defiant.

Both Broadchurch and Big Little Lies tell nuanced, true-to-life, moving stories that are rarely depicted in TV shows and movies about violence against women. That these issues are raised in popular mediums, like an addictive whodunit and a juicy, nighttime soap (which was based on a “chicklit” novel) makes them all the more valuable. They’re at once escapist — those accents! those beaches! those gorgeous homes! — and bluntly honest about the fact that violence is an inescapable reality for so many women. 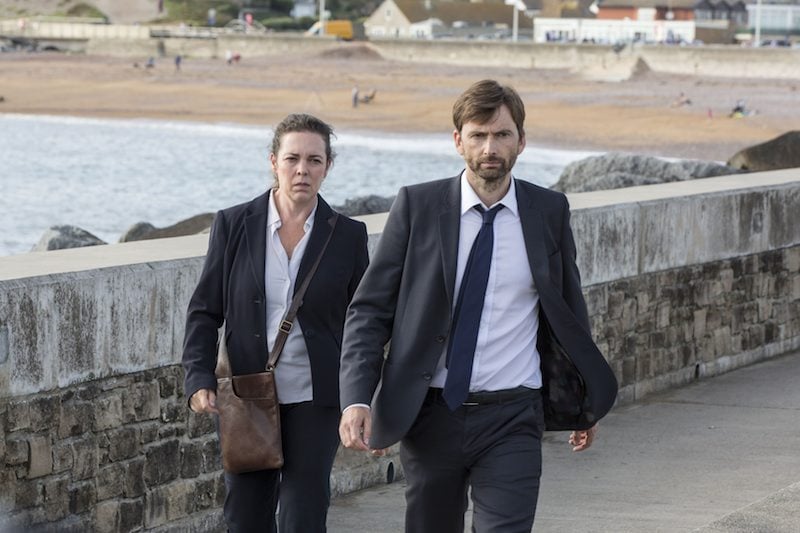 Over the past few years, our discussion of harassment and abuse has often turned to the worlds of pop culture and celebrity. The actions of Bill Cosby, Jian Ghomeshi, Ray Rice, Bill O’Reilly, Chris Brown, Mel Gibson and Casey Affleck have revealed the latitude and entitlement some men feel when it comes to dominating women. As US President Donald Trump once said, “When you’re a star they let you do it. You can do anything.” Few of these famous men have suffered for what they’ve done. Earlier this year, Brie Larson, an advocate for sexual assault survivors, reluctantly had to present an Oscar to Casey Affleck, who was accused of sexual harassment by two women who worked on one of his films.

With men like these, the question often is: Can we separate their crimes from their work and talent? For women who have been victimized, though, separating abuse from the rest of their lives is a much harder feat. That’s what Big Little Lies and Broadchurch have been so deft in articulating: violence can rarely be compartmentalized for long. Soon it infuses everything.

Related: As a doctor, I want victims of family violence to know they can come to me

Earlier this week, singer Melanie Brown won sole custody of her daughter and a restraining order against her husband Stephen Belafonte, who she alleges has been abusive for years. As a former Spice Girl, she is an original “girl power” icon and a hugely successful singer and TV personality. Yet, at home and in private, she was under constant threat from her husband, who, she says, would beat her after she’d been in the spotlight, and who said that he would ruin her career by releasing sex tapes if she left him. Sometimes, Brown would lie in her social media posts about the wounds he inflicted, blaming her own clumsiness for her visible scrapes and bruises.

There are ethical questions about all this. The details were made public after court documents were leaked and TMZ broke the story. It’s unclear how the court documents got to the press, and whether Brown wanted the news to come out, or if someone leaked it against her wishes.

That said, Brown’s candour and courage in her statements to the court are striking. And making her story public may, like Big Little Lies and Broadchurch, help other women recognize what’s happening to them, and spur them to get help, too. These real and fictionalized stories of the violence in women’s lives are painful to hear. What’s even more painful, though, is that there are still so many women too scared to tell the stories of their own.

More:
Subscribe to our newsletters
Everything you need to know about vitamin C
Meet the scientist debunking every dumb food myth on the internet