The Olympic Games have provided a remarkable global stage for female athletes to slay. 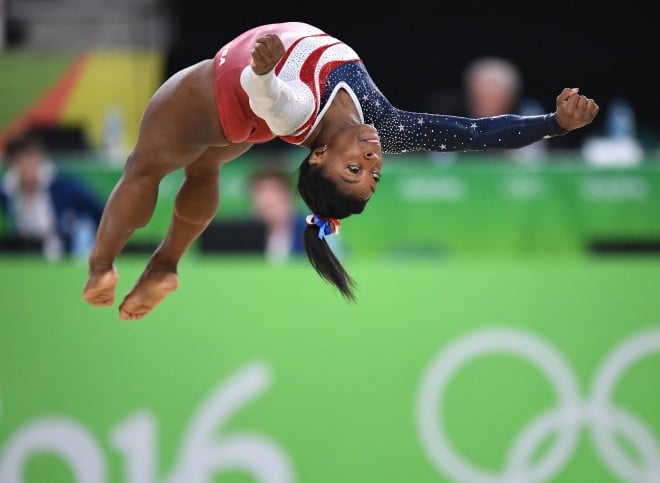 Let’s get the Olympics sexism out of the way first: There was the commentator who credited record-breaking Hungarian swimmer Katinka Hosszú’s success to her husband/coach. Then came the Chicago Tribune tweet describing bronze medalist trap shooter Corey Cogdell-Unrein as the “wife of a [Chicago] Bears’ lineman,” and CBC commentator Adam Kreek musing that tennis champ Eugenie Bouchard is too focused on “beauty and fashion.” (Also: some random dude on Twitter decided to explain the rules of cycling to a female cyclist.)

This knee-jerk (and just kind of jerky) misogyny, however, cannot spoil the total thrill of having spent the past several days watching women — gritty, powerful, exquisitely conditioned women — smash expectations, world records and the laws of physics. Because with the exception of tennis and golf, and possibly women’s basketball, women’s sports rarely gets anything close to the attention and money of men’s athletics. But every two years, the Olympics reveal how much brilliance, passion and elation lies in women’s competition — and how much we’re missing by not showcasing it all year, every year.

Take your pick of excellence. Maybe it’s the U.S. gymnasts, who have pushed their sport to gravity-defying extremes, all while making their high-risk feats look effortless. In a gorgeous interactive feature, the New York Times breaks down Simone Biles’ physical daring, the almost impossible force she contains in her 4’8” body, and the “air awareness” that allows her to leap twice her height when she’s tumbling. Not yet 20, she will easily join Serena Williams as “one of the greatest athletes of all time.” 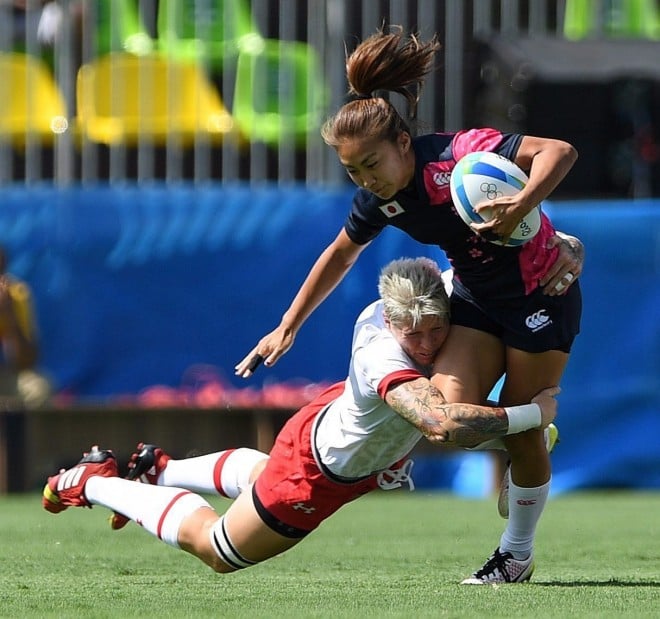 Prefer team sports? There was the “freaking historic” bronze victory over Britain by Canada’s women’s rugby sevens team. (Captain Jen Kish called herself and her teammates “super heroes.”) And there’s the equally historic (and sweet!) win over Germany by the Canadian women’s soccer team which secured them a spot in the quarter finals.

Want inspiration? There’s Syrian swimmer Yusra Mardini, who saved the lives of 18 fellow refugees when she and her sister pushed their sinking boat for three hours in the Aegean Sea. Want to see fierce women defy stereotypes about their faith? Check out American fencer Ibtihaj Muhammad and Egyptian volleyball player Doaa Elghobashy competing in hijabs.

Care to watch a woman who routinely leaves male teammates in her wake in the pool during training? There’s American multi-gold medal winner Katie Ledecky. She’s often admired for “swimming like a guy,” but after her extraordinary showing at this Olympics, men will be lucky to be told they swim “like Ledecky.” 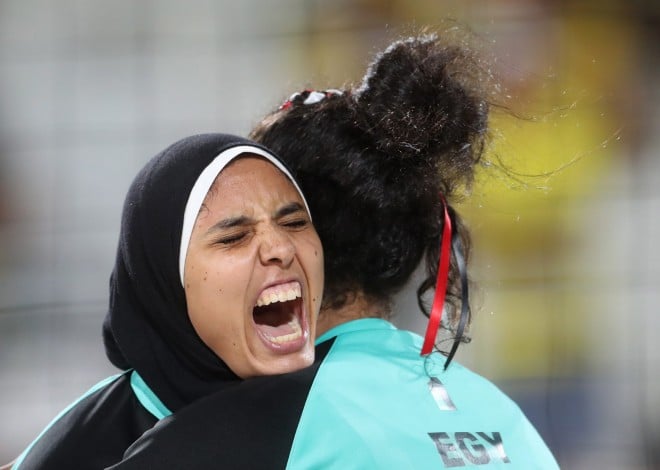 More than anything, the Olympics offer the rare opportunity to see women drop the burden of so many gender expectations about how they should be behave and look. They can be competitive, aggressive and cocky; single-minded, ambitious and angry; proud, triumphant and heartbroken. They flout the rules that police women’s bodies and assess our worth based on how attractive we are to others (and by others, I mean men). Writing last year about watching women’s soccer, Autumn Whitefield-Madrano observed, “These women are not thinking about how they look, how their faces are posed, how their bodies might be viewed. The face becomes a way of communicating to teammates; the body, as they have trained it to become through thousands of hours of practice, a vehicle for winning… To watch female athletes is to watch women not give a shit when they look ugly.”

Of course, this isn’t to say that appearances don’t matter at all in women’s sports: think about gymnastics’ embrace of sequins, beach volleyball’s skimpy bikinis and tennis’ swishy skirts. In part, that’s the personal choice of individual athletes who, quite rightly, see no conflict in looking feminine while kicking butt. In part, though, it’s the tax female athletes must pay for excelling in a male-dominated field — a refuge for fragile male egos, anxious about the disruption of gender norms. And more troublingly, remember that women who look “too butch” and not suitably female enough, like runners Caster Semenya and Dutee Chand, are subjected to invasive and humiliating sex tests.

Still, the 2016 Olympic games have been, so far, a remarkable global stage for female athletes to slay. And it’s offered an unprecedented opportunity to celebrate women and their bodies, not for how they look, but for the super human things they can do.

More:
Olympians are ‘cupping’ to speed up muscle recovery. Does it work?
I was happily married with kids. Here’s why I had an abortion
Canada’s winning women in Rio

Watch: 13 Canadian women to cheer for this Olympics
https://www.youtube.com/watch?v=0jd6LVxLfBQ