Women dominated at the Olympics — let's stop comparing them to men

Sixteen of Canada's 22 medals won in Rio were brought to you by female athletes. 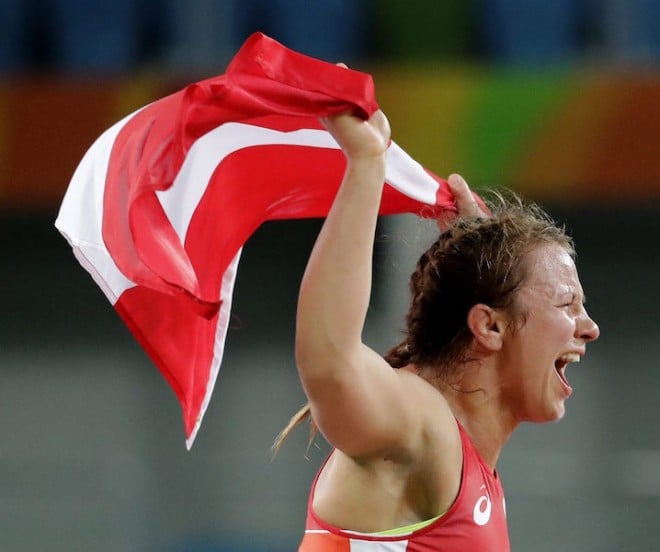 This article was originally published on Sportsnet.

Now that the Rio Olympics are behind us, what is my main takeaway? It has nothing to do with our part-time patriotic enthusiasm for amateur athletics, or the real problems in Brazil, or even the fabricated ones via Ryan Lochte. My lasting impression is that we should talk about our female athletes as what they are: dominant. The same way we reference Damian Warner. The same way we have expectations for our national hockey program.

Women won 16 of Canada’s 22 medals in Rio. The number of medals won by Canadian women has increased at each of the last five summer Olympics. Another increase is projected for Tokyo. (Which is quite the contrast to the 1964 Tokyo Olympics when not one Canadian woman medalled.) But when we talk about how well the women did in Rio, conversation generally goes to one of two places: surprise or sentiment.

The surprise part seems to be about the fact that the women on the Olympic team did well compared to the men. We’re more used to having men as sports heroes. And so often, even while celebrating female victories, the question would be raised: What’s wrong with our men? Our men need to step up. Why does there have to be something wrong when women are the “athletic breadwinner”? Strength in female performance doesn’t mean weakness in the male disciplines. 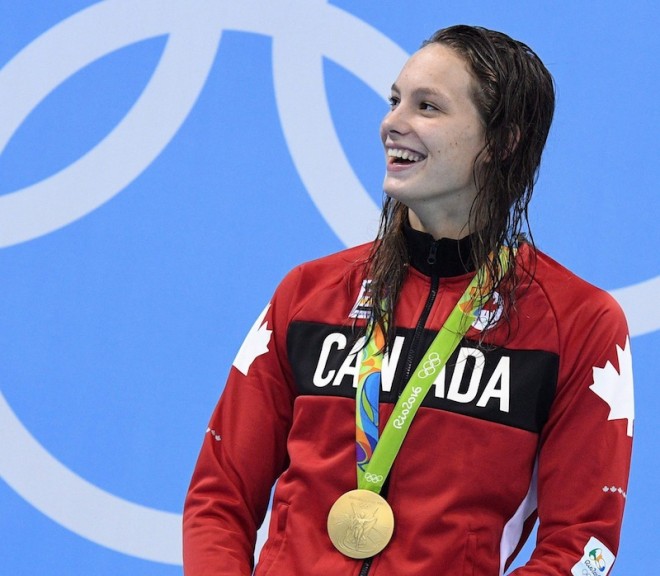 The sentiment part has to do with the idea that when women succeed in sport, it’s a good thing for young female athletes. And it is a good thing. Many women welcome the opportunity to inspire others. “Especially nowadays with social media we are able to enlighten and share our feelings and our story and our journey with everybody and young girls are able to see what we are doing,” says rugby bronze medallist Ashley Steacy. But focusing on this aspect of women’s sports can relegate female achievements to a space of philanthropy and not performance. It makes female sports feel like a not-for-profit, not an enterprise where hardworking and talented women get their just desserts.

I think we can agree that it’s a good thing when women who play sports feel valued and accepted. And if this is the goal, doesn’t it make sense to be effusive in our praise of their achievements without hanging any other expectations on what that achievement has to do for others?

Related: Women are absolutely crushing the Rio Olympics — and it’s a thrill to watch

Although it shouldn’t be the sole focus of or coverage it is true that everyone, girls and boys, need role models. “I think it’s really important for girls to realize that they are supported,” says Jen Welter, the first woman to coach in the NFL. “Right now in our country seven out of 10 girls feel like they don’t belong in sports. They feel like society doesn’t support them in sports and they feel like there are not enough visible female role models. So to me that explains why 51 percent of girls drop out of sports by the time they are 17, because if we don’t show them what’s possible how do you know what’s possible, how do you believe it, how do you achieve it?”

Michael Clemons believes the strong performance by women at the Olympics can hold more value than men doing well in traditional sports. “The Olympics is the world’s greatest stage. It’s not like being a Grey Cup champion, that’s being one in 35 million. This is being one of seven billion. This is the level they are competing at and that has the ability to inspire each and every one of us.”

Women’s performance and level of achievement can inspire both women and men. I can draw inspiration from Rosie MacLennan’s level of execution and gold medallist Penny Oleksiak’s determination as much as the way Derek Drouin has pushed the envelope in his field. 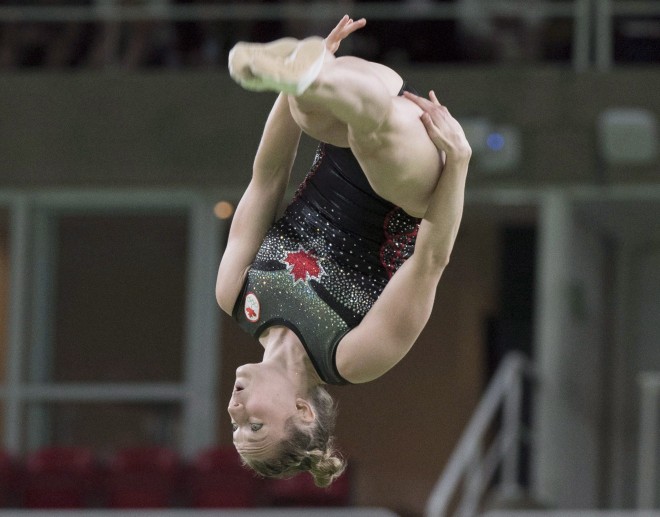 Own the Podium already focuses on performance metrics when it comes to women’s programs, spending more on them than on men’s programs when female athletes are stronger contenders. And in several fields, Canada does have a stronger and faster return on investment in women’s sports then we do at elite levels in men’s. Part of the reason for this is depth. There is less of a threshold to get to the top because sadly there is less competition. In many countries women’s sports aren’t funded close to equally with men’s sports, if at all. That might seem a good thing for Canada, but ultimately our athletes would no doubt rather have more competition and be judged against as many other competitors as possible. This doesn’t mean that a medal won by a female comes at a discount. We shouldn’t patronize what the women have done by constantly feeling the need to describe them in relation to the men.

Full transparency: I’m guilty of this. Once, while describing Kia Nurse to someone unfamiliar with her, I said, “She has an NBA game. Relentless, and never stops attacking like Westbrook.” Is the flip side of this that Andrea Bargnani plays like a girl because he has no interest in doing anything productive in the paint? If so, the Nurse comment would be derogatory, which wasn’t be my intention.

The Always “like a girl” promotion did a great job of simply showcasing why “being a girl” and “being an athlete” are not mutually exclusive.

Cross-gender comparisons in general can be a troubled road to wander down. Although it is a nice footnote that Penny Oleksiak has a brother in the NHL, shouldn’t Jamie Oleksiak now be referenced as the brother of Penny? The point is that when we rush to compare or link female athletes to male athletes, we aren’t talking about what matters — them.

Maybe I have sexism embedded in my unconscious. But I’m cognizant of the fact that as Canadians we should be as proud of our performance at the Olympics — regardless of who won the medals—as we would be if we won gold at the World Cup of Hockey. I’ve heard so much rhetoric about why the men didn’t win more in the context of what the women achieved. We need to get to a place where we celebrate Team Canada’s medals full stop.

Canada: Home of hockey, The Tragically Hip, Drake, great comedians, the We the North slogan, maple syrup, bagged milk, and dominant Olympians. Sounds about right to me.

More:
Olympians are ‘cupping’ to speed up muscle recovery. Does it work?
I was happily married with kids. Here’s why I had an abortion
Canada’s winning women in Rio