6 women we want to see on Canadian currency

As the Bank of Canada plans to put more women on our money, we humbly submit these ladies for consideration. 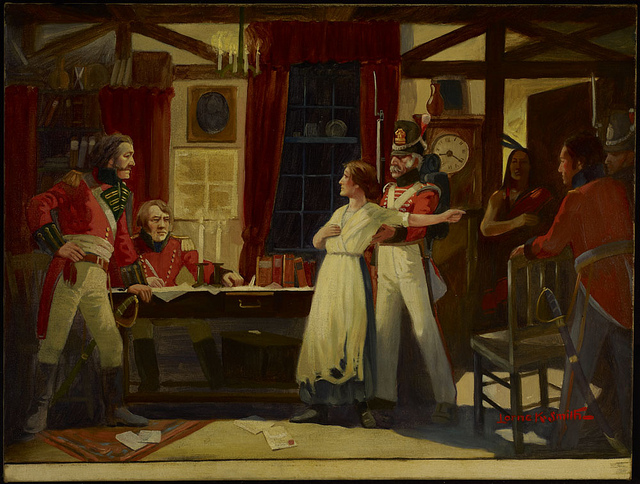 As far as international currency is concerned, Canada’s is actually an embarrassment of riches (pun obviously intended). Our bills come in luxurious jewel tones and feature an impressive swath of homegrown iconography but save for one regal exception, you could say it has a little bit of a woman problem.

But there’s hope yet: On Thursday, Finance Minister Bill Morneau threw his support behind a Bank of Canada recommendation that we feature more notable Canadian women on our money — the results of which we could see as early as 2017, in time for Canada’s 150th birthday. And while everyone’s probably already tapped the usual (yet formidable) suspects — Nellie McClung? Adrienne Clarkson? — Chatelaine editors have put forward some less likely faces to front our new ladybucks.

Céline Dion
Céline’s rags-to-riches story is one that won over hearts and minds and radio stations the world over with her genuine kookiness and otherworldly pipes. Plus, as one of the best-selling female artists of all time, Céline’s success is already synonymous with cash. (Show me another Canadian woman with a net worth of hundreds of millions of dollars!) She also perfectly represents the unity between Canada’s English- and French-speaking contingents. I want money that will give me a reason to burst out into “My Heart Will Go On” at the cash register. – Sarah Boesveld

Deepa Mehta
Call it “Oscar fever,” but let’s get a director in here. Not only is she an Officer of the Order of Canada — no big deal — but quick scan of Deepa Mehta’s filmography will enlighten you about her productivity levels. Perhaps best known for her Elements trilogy, which examined India’s evolving social policies on abortion, suicide and arranged marriage, Mehta is an Academy Award nominee, a Genie winner and a recipient of the Governor General’s Performing Arts Award. Accolades aside, if we’re looking to shake up the status quo, there’s no better person to do it than an artistic risk-taker. Show me the Mehta money! – Katie Underwood

Roberta Bondar
A neurologist, photographer, author, researcher and certified scuba diver, Dr. Roberta Bondar is so much more than the first female astronaut in Canada to breach the stratosphere. She may have been the second Canuck ever to go to space (after Marc Garneau), but her work didn’t stop there. In recent years, Bondar has created a foundation to promote environmental education. She’s a prime example of a modern-day Renaissance woman. – Diana Duong

Related: How Eugenie Bouchard gets pumped-up before a match

Nancy Greene
Maybe I’m biased because I once skied with her at Sun Peaks Resort near Kamloops, B.C. — and, OK, shared dessert with her in the lodge. That said, Nancy Greene holds the title of Canada’s Female Athlete of the 20th Century. Her aggressive skiing style earned her the nickname “Tiger,” and led to her 1968 Olympic win in Grenoble. (She won gold and silver medals just a month after an ankle injury.) She also holds the Canadian record for the skier with the most World Cup victories. After she retired, Greene worked to promote amateur sport. On top of all of her skiing cred, she’s also currently a Canadian senator. If being an athletic and political dynamo doesn’t get your face on a bill, I don’t know what will. – Dominique Lamberton

Laura Secord
Let’s start with the easy part: Laura Secord is a Canadian patriot and legend of the War of 1812. She is celebrated for her harrowing 32km trek across American-occupied territory to warn British forces of an impending attack and, in doing so, helped ensure an American defeat at the Battle of Beaver Dams. This alone is currency material, but there’s more. Secord’s likeness has been synonymous with pretty darn good chocolate in this country for over 100 years. Laura Secord, the company, was named in honour of the woman in 1913, and over the years, it has offered up several important innovations in chocolate, including the engineering of one of the finest bars in history, the Buttermallow. Her legend begat the chocolate, and chocolate is money. – Lianne George

Update Feb. 26, 2016: We’ve got a new contender! Martha Louise Black
In an open letter sent to Bank of Canada governor Stephen Poloz this week, the premier of the Yukon pitched putting territorial trailblazer Martha Louise Black on our new Canadian paper. Black first came to the Yukon from the U.S. during the gold rush and quickly became an ambassador for the North, winning “widespread affection and the title ‘Yukon’s First Lady,'” for opening her doors to everyone as wife of the Commissioner of the Yukon. She rallied support for the Canadian troops in WWI and was a tireless volunteer before becoming the second woman elected to Parliament and the first foreign-born woman to represent Canadians in the House of Commons. “Beyond commemorating an outstanding Canadian, I believe that featuring her on Canadian banknotes would give all Canadians the opportunity to appreciate the importance of individuals like Martha and the important role women have played in shaping our country and the North,” Premier Darrell Pasloski wrote.