Heckling During Question Period Can Get Pretty Ugly, Especially For Women MPs

A survey found that women are more likely to hear heckling that focuses on gender, intelligence, age, race or ethnicity, and appearance. 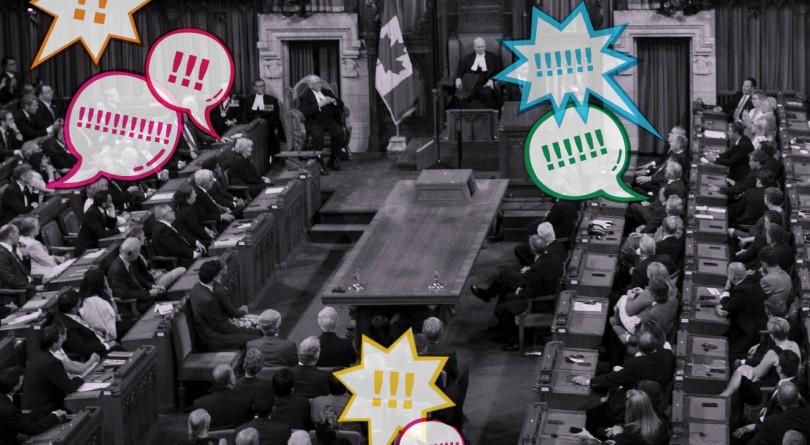 “I’m not frail, and I don’t go running out in tears because someone has insulted me,” says Elizabeth May, Green Party leader and a Parliamentarian for the past six years, “but I do not accept that our political culture should be that of a locker room.”

May is responding to a newly released report on incivility in the House of Commons, which reveals that female Members of Parliament are more likely to be discouraged from participation as a result of heckling.

Samara, a non-partisan organization aiming to increase civic engagement, released the report, titled “No One Is Listening,” on Wednesday. The findings are based on a survey taken by 84 out of 338 MPs in Parliament Hill, and while only about a quarter of MPs responded, those who did reflect a make-up similar to the House overall, in terms of party affiliation, gender and years in office. 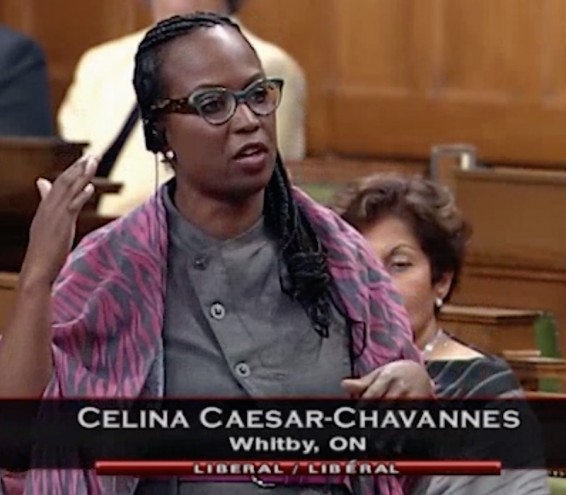 ‘Mr. Speaker, I Will Continue To Rock These Braids’: Why MP Celina Caesar-Chavannes Spoke Out In Parliament

Sixteen percent of MPs said heckling caused them to participate less in the House of Commons, and that number was higher among women, at 24 percent. While the Samara report didn’t find that female MPs are much more likely to be heckled than male MPs, a recent project from University of Toronto researcher Tanya Whyte looked at Hansard records over the last century and found that women are more likely to be interrupted in the House.

Survey respondents also noted in their comments to Samara that women appear to be disproportionately targeted. One MP remarked: “When women Cabinet Ministers or Parliamentary Secretaries stand to answer questions, they are shouted down with much more regularity than their male colleagues.”

The survey also found that women are more likely than their male counterparts to hear heckling that focuses on gender, intelligence, age, race or ethnicity, and appearance.

Fifty-three percent of respondents said they felt that heckling is a problem. Speaker of the House Geoff Regan has made naming-and-shaming his strategy to try and discourage it, but it appears to be ingrained in the culture of politics, with most MPs surveyed admitting to heckling at some point. One MP anonymously provided the comment: “If you can’t handle it you should be looking for another line of work.”

May finds that comment “deeply offensive.” She has zero tolerance for heckling, which she likens to “workplace bullying” — she will not speak if she is being yelled at and doesn’t heckle others. In her experience, she says, women are targeted more often than men — for the sound of their voice or for their clothes — and they’re asked questions like whether “it’s that time of the month.”

May says this kind of targeted heckling is one part of the climate of sexism on the Hill that Michelle Rempel wrote about last year in the National Post. And that kind of treatment crosses political lines — Liberal cabinet member Carolyn Bennett told the CBC last year that the personal attacks she’s been subject to included, “You’re the only one who is confused, or lay off the coffee, or take a valium.”

While only 16 percent of MPs surveyed think that heckling is beneficial to Parliament, veteran MPs are less likely to see it as a problem, compared to rookie MPs.  Samara executive director Jane Hilderman attributes support for heckling to a respect for tradition, and the belief that heckling contributes to keeping MPs accountable.

But that’s not the type of heckling that’s most often heard, she adds. Shouting down and drowning out opposition MPs is more common, and for Hilderman, that behaviour is worrisome because it’s “anti-democratic” — it aims to silence voices that were elected to the House to represent constituents. This can make people feel like they aren’t welcome, or discourage members to speak in the House. “That is a threat to the quality and inclusiveness of our institutions,” she says.

While Hilderman wants more research to be done into whether this behaviour deters women from entering politics, May believes it does.