A nervous ride home in a cab one night inspired Aisha Addo to found DriveHer. Here’s why she thinks a female-only ride-sharing app will be better for passengers and drivers alike. 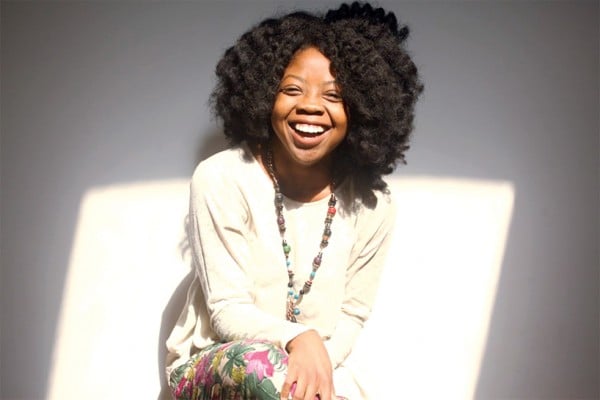 It was late at night in downtown Toronto and Aisha Addo hopped into a cab for the long trek back to her home in Mississauga. The driver started up a conversation but soon began making sexual comments and asking personal questions, like whether Addo lived alone. “You know when you’re in a situation and you just get this feeling that there’s something weird or off?” she says. “It was like that.” Feeling uncomfortable, Addo called a friend who stayed on the phone with her until she arrived safely at her home — but the experience stayed with her long after she exited the cab. “I shouldn’t have to worry about my girls being in a car or have to stay on the phone to make sure that they actually get home safe,” she says. “It’s really important to have an option.”

So the 24-year-old, who came to Canada from Ghana more than a decade ago, took it upon herself to create one. DriveHer, which just launched in the Greater Toronto Area, is an Uber-like ridesharing platform to connect female passengers with female drivers — intended to ensure a safe ride for both parties.

Flare caught up with the young entrepreneur to find out more about DriveHer, why it’s needed and how she’s responding to critics.

How did your experience translate into an idea for a business?

It made me realize that this is a problem — and it’s still an issue today. There have been stories about passengers being assaulted by their Uber drivers, and recently, there was an incident of a woman being groped and touched inappropriately by a taxi driver. We’re not trying to say that all taxi or Uber drivers are bad people, we’re just saying that this is happening too often and there is an alternative.

Why start your own company versus pitch an existing cab company the idea of a female-only fleet?

The taxi industry is such a male-dominated industry so I thought that it would be more powerful as a female-run business rather than a part of a big corporation. I felt like that wouldn’t have the same effect.

Why do you think creating an all-female rideshare program will make a difference when it comes to safety?

The other day, my friend called for an Uber and when she found out the driver was a woman we were so excited. It was just this unspoken bond, you know? When we entered the car, we were all really comfortable, having conversations. I asked the driver: If there was a service like this but that was only driven by and only picked up women, would you choose that over Uber? She said, “Absolutely, I would not think twice.” For me, that just put it in perspective.

Critics have said that this service could segregate transportation into male- and female-only vehicles. What’s your take?

It’s not like we’re going to be taking all of the female passengers. It’s just one of many services available. There are services out there that are specifically for men, or women, or that are gender-neutral. Does that mean we’re creating some sort of divide between the two? No, we’re just creating options. That’s what a lot of people are missing.

How have you been finding female drivers?

Drivers can register on our site, and we have about 20 signed up at the moment — and that was just through word of mouth and social media. Hopefully the more people that find out about it, the more sign ups we’ll get. We’re hoping to launch the business in August with at least 50 drivers, and expand from there.

Will women be able to hail a DriveHer car or do they have to order one?

It will be a private transportation company, just like Uber, where you order a ride through the app, and the women that are driving will be using their own cars.

What about passengers who don’t identify as a particular gender?

It is something that we’re looking into because we really want to create that safe space for people who are going to be using our service. Anyone who identifies as a woman, including trans or queer women, is welcome to use DriveHer. We’re still trying to see how we can make it accessible to people who do not identify as a gender and who still have a need for a safe ride.

What has the response been so far?

It’s been really amazing. One of the things that really touched my heart is the validation from other women who have actually experienced some of these uncomfortable situations with taxi or Uber drivers. To have a community of women saying, “It’s not just you, I actually had this happen to me too and if this service was around, maybe the outcome would’ve been different.” It really motivates me, knowing that this is bigger than me, or my direct community, it’s a movement.

What’s your hope for this business?

Once we are in operation and we are making some profit, we would really love to support female-based charities. Long term, we hope to be able to provide free rides to women who are fleeing abusive situations and help get them to either shelters or wherever it is they need to go. That’s really dear to my heart because when we’re talking about violence against women, it’s not just creating a safe space in terms of transportation, it’s about the issue as a whole.

Watch: Aisha Addo talks about the launch of DriveHer, a woman-only taxi service

This article was originally published June 2016, and was updated March 2018.