What does Queen Elizabeth II think about Brexit?

It’s a fair bet that the U.K.’s head of state is mortified by the result. 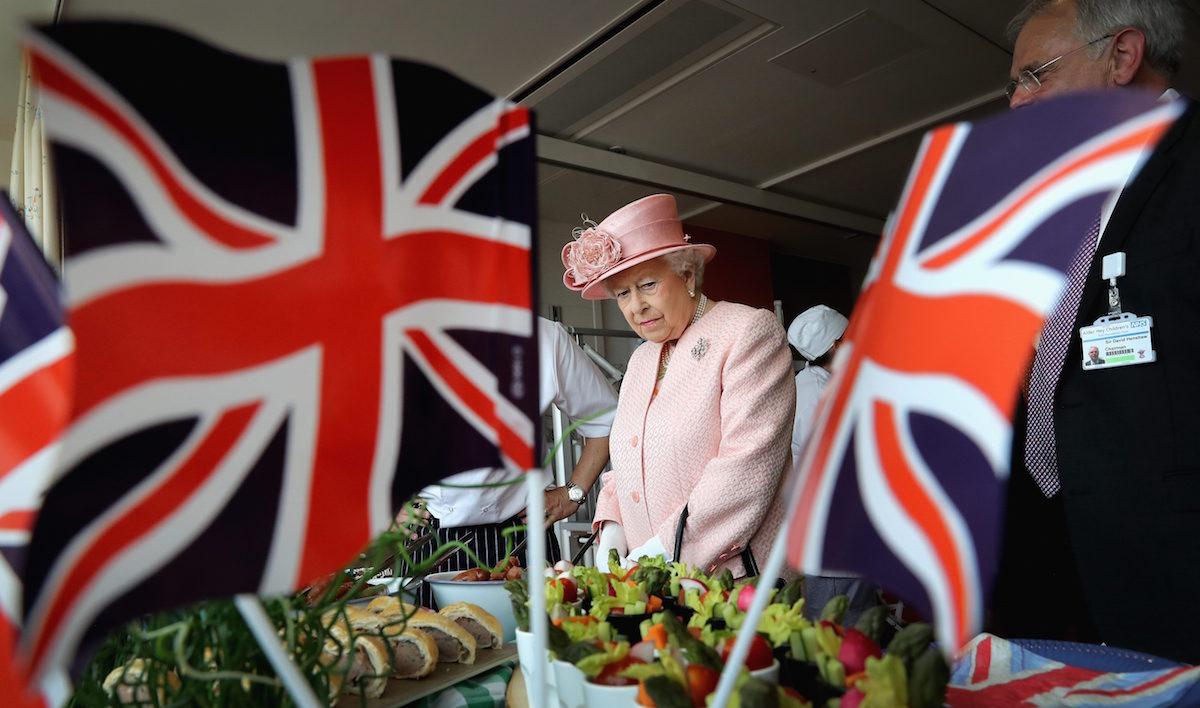 This piece was originally published by Maclean’s.

Queen Elizabeth II couldn’t vote in the British referendum—the head of state is constitutionally barred, and must “remain strictly neutral with respect to political matters from making such a political stance,” says the palace website, but she is still affected by the narrow decision to abandon the EU. The essence of what she’s worked for in her 64 years on the throne—handing over a secure monarchy to the next generation—is now in doubt. In addition to her constitutional role, “The Monarch has a less formal role as ‘Head of Nation,’” says the royal website. “The sovereign acts as a focus for national identity, unity and pride; gives a sense of stability and continuity; officially recognizes success and excellence; and supports the ideal of voluntary service.”

Now the very future of her kingdom is in doubt. The Queen never gives a hint of her political views, but it’s a fair bet that she’s mortified by the result. The Queen may appear old-fashioned but she’s proved over and over again that she’s willing to change with the times, if it’s for the betterment of her people and her relationship with them. The Empire turned into a beloved Commonwealth on her watch, and she’s openly enthused for how pluralistic the United Kingdom has become. At the 90th birthday service in St. Paul’s, it wasn’t the great and good who feted her, but young people, including a palace footman. On a more prosaic level, walkabouts, once unheard of, are now commonplace, as are small lunches with a broad cross-section of society. Reforming the royal household? Check. An informal mic drop video with Prince Harry? Check.

Related: 5 questions you probably have about Brexit

Now she’s part of a thousand-year-old institution that is under a very real, pulsing threat. Will Britain stay together? Will Scotland and then Northern Ireland pull away, leaving an English-Welsh rump to fend for itself? Will the economy plunge into a long recession? If the European Union plays hardball with Britain—making an example of it to forestall any other nations from making a similar move—then what does that turmoil and uncertainty do to her subjects?

After 64 years of never putting a foot wrong in her constitutional role, the Queen isn’t about to start now, but one imagines her looking out her window at Buckingham Palace and wondering about whether she could send outgoing Prime Minister David Cameron and Labour Leader Jeremy Corbyn to the Tower of London, where her predecessors rather harshly dealt with those who put their own political careers before the kingdom? And now that the leading politicians are largely disgraced, including Corbyn and Cameron, whose debacle of a “sure thing” referendum prompted wits to protest that calling him the worst PM since Neville Chamberlain was an insult—to Chamberlain—the Queen remains the last unifying force that everyone trusts.

Because of those pesky constitutional limitations, she can only do so much. The monarch can advise, warn and encourage. Behind the scenes, she and her advisers are evaluating the fallout of the Brexit vote. (They’d be fools not to, and this professional royal staff is anything but unprepared.)

On the day before the Brexit vote, she and Prince Philip visited Liverpool for a series of engagements. They’ve done thousands of such trips during her reign. Even the sight of a bawling flower boy is old hat. It would be a commonplace visit, except it wasn’t. Tens of thousands crowded into the square outside city hall to catch a glimpse of their Queen. The nation may have been divided in the run-up to the vote, but there is one thing an overwhelming number of Britons agree upon: their appreciation of the Queen.

The Queen waves to the crowds at Liverpool Town Hall #QueeninLiverpool pic.twitter.com/6hmTRCa8tb

Nine months ago, Elizabeth II hit a milestone few thought possible, becoming the longest-reigning British monarch in history. The succession to Prince Charles, then William, looked smooth and uneventful. Their thrones were secure. Now she knows that her son and grandson will likely inherit a political mess that seems destined to continue for a generation. And, if the fractures continue, a different nation. One possibly in ruins.

Queen Elizabeth II may be the last British monarch. She’s too smart a statesman not to know that.