‘Reached our breaking point’: What we can do to make bars safer for women

The bar industry across Canada has been united in horror over an alleged sexual assault. 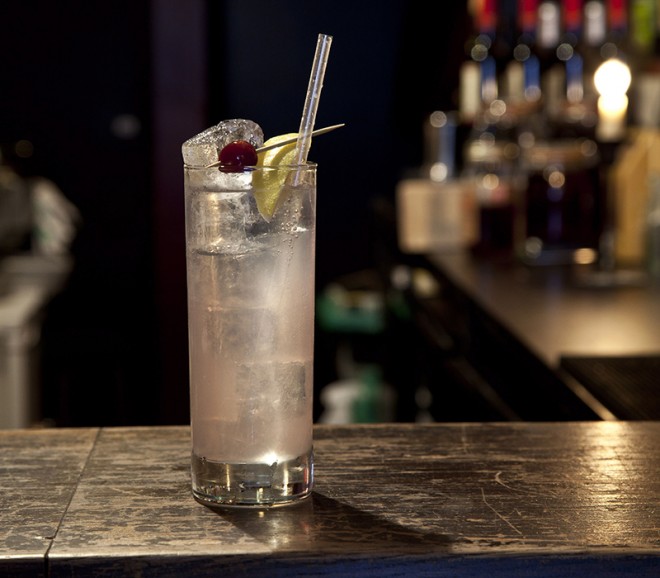 It’s put the issue of women’s safety at bars in the spotlight. Time Out / Rex Features via CP.

On Sunday, December 18, news broke that two men had been charged with the sexual assault and forcible confinement of a 24-year-old woman — an incident alleged to have taken place at College Street Bar, in Toronto’s Little Italy. Arrested were Gavin MacMillan, 41, a man identified as the bar’s owner, and reported employee Carasco Dejesus, 31.

People in the restaurant and bar industry across Canada seemed shaken by the news, taking to social media to post hashtags and messages of support for women who all of a sudden might not feel as safe. As a person who has spent much of her adult life writing about bars, cocktail culture and, generally, thinking about the role that bars play in larger society, it hit pretty close to home.

It was especially disappointing given that 2016 looked to be the year that the industry seemed ready to address systemic sexism and women’s safety. It started last spring: A New York cocktail bar created an uproar when it solicited applications on the basis of gender — men to work the bar and women for cocktail waitress positions. Many other incidents followed — some bad and some good — that kept the conversation alive. One of the most notable was the launch of Safe Bars, a Washington, D.C. initiative that created a training module for bar staff — teaching them to watch for warning signs of sexual violence the same way bartenders are trained to prevent people from driving home under the influence. Closer to home, both Ryerson University and University of Calgary have introduced training policies at their campus pubs, the Ram in the Rye and the Den, respectively.

Many women I know put their faith in bartenders, entrusting them with their drinks when they head to the bathroom or out for a cigarette. And, judging from the immediate reaction to the alleged incident at the College Street Bar, I think this trust is still, generally speaking, well placed. Bartenders across Canada — women and men — have been united in horror on social media at what appears to be a massive breach of trust.

How Ryerson University is creating a female-friendly campus bar

Better yet, people have felt compelled to act. By Monday afternoon, two separate action groups to make bars safer for women, one in Toronto, headed up by Reposado’s Catherine MacFadyen and another in Vancouver, had been proposed. The latter was initiated by Lauren Mote, an entrepreneur and all-around force of nature in the bar community: “I think we’ve all finally reached our breaking point of anger and sadness,” said Mote. In Toronto, MacFadyen expressed similar sentiments: “I just can’t do nothing. There has to be some way to set up safety networks for women here in Toronto.”

Viktoria Belle is the founder of the Sexual Assault Action Coalition of Toronto (SAAC), a grassroots organization that aims to empower survivors. Her petition “Shut Down College Street Bar” includes a call for a peaceful protest — unless her five recommendations for the business are met within 21 days.

Recommendations in Belle’s petition include the suspension of the two alleged assailants, as well as calling for College Street Bar to enroll in the Dandelion Project — an initiative the SAAC is in the process of launching that would see bar owners and staff learn how to spot dangerous situations, effectively intervene and discourage the kind of “barroom talk” that sets up a culture of intimidation.

“A lot of these spaces are already unsafe for women,” says Belle, “If a group of guys are harassing a girl who’s sitting by herself, what does that intervention look like? What does the process look like? Is there even a policy in place? Are people trained to deal with the situation? Or are we so keen to just brush that aside and say that’s normal bar behaviour?”

Belle adds: “We have an obligation as a community to ensure that this does not keep happening.”

Belle’s Dandelion program is a perfect starting point for the country’s many well-intentioned bartenders to signal their commitment to change. But it shouldn’t end there.

There is one shift we all need to demand from everybody involved, namely that “social responsibility,” a concept that gets thrown around by everyone from the LCBO to companies that own bar and restaurant chains and Big Liquor, itself, start to include women’s physical safety.

We’ve done wonders to change perceptions about drinking and driving over the past 25 years. Now it’s time to make women’s safety a priority, too.