As one key U.S. Supreme Court justice retires this summer, the future of all manner of issues — and abortion rights in particular — have been called into question. 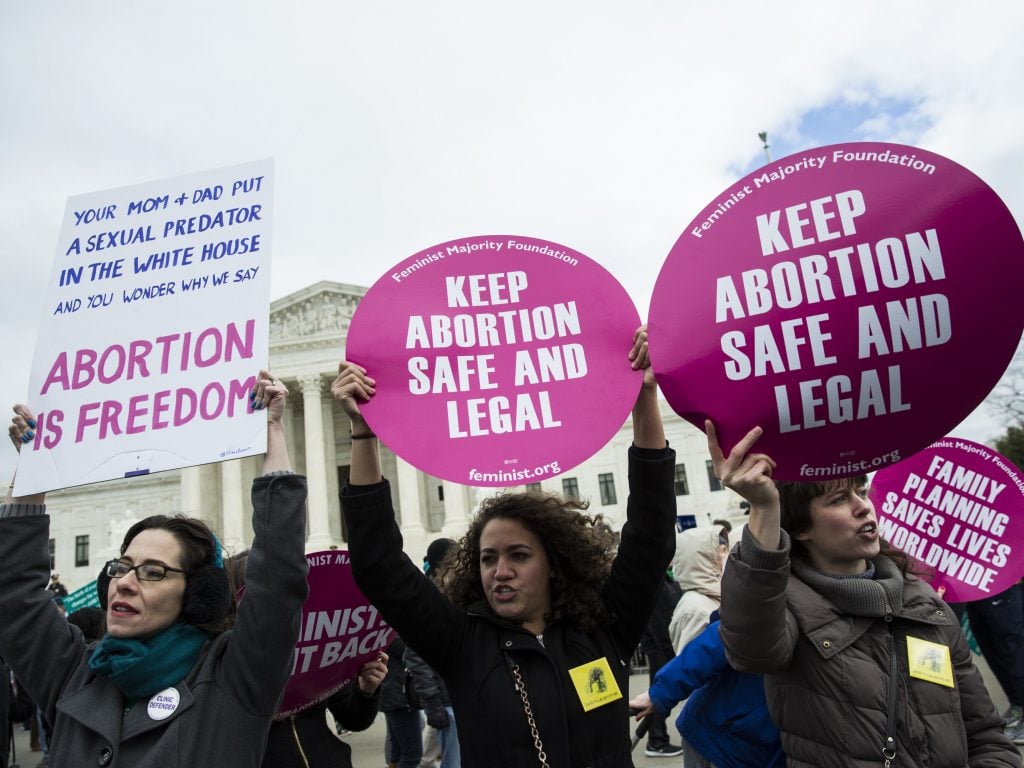 Pro-Choice supporters try to block Pro-Life demonstrators in front of the Supreme Court during the annual March for Life on the anniversary of the historic Roe v. Wade Supreme Court ruling in Washington, USA on January 27, 2017. Photo, Samuel Corum/Anadolu Agency/Getty Images.

Back in 1973, American women’s rights activists won a landmark reproductive rights victory in the Supreme Court case Roe v. Wade, which ruled in favour of a woman’s constitutional right to have an abortion.

Forty-five years later, that win is now at stake — at least according to those who fear abortion rights will be rolled back now that a key Supreme Court judge is retiring. Here’s what you need to know:

How could a judge’s retirement put abortion rights at risk?

On June 27, key Supreme Court justice Anthony Kennedy announced he will vacate the highest bench in the land this summer. Kennedy, 81, has been a “critical swing vote on the sharply polarized court for nearly three decades,” The New York Times reports. Despite being appointed by a Republican, Kennedy has a record of casting liberal-minded votes on issues such as gay rights, the death penalty and abortion rights (Kennedy was the deciding vote in Planned Parenthood v. Casey in 1992, which was broadly seen as an act to protect Roe v Wade; in 2016 he voted against regulations designed to shutter Texas abortion clinics.)

And so, in the judge’s departure, U.S. president Donald Trump sees an opportunity — a chance to appoint an anti-abortion, conservative judge who might vote in support of revisiting this landmark victory for reproductive rights and in favour of potentially rolling back reproductive rights for millions of women. Trump even said he was “honored” Kennedy decided to retire during his presidency (Supreme Court justices have the option of retiring or dying while serving on the bench). According to The New York Times, the Trump administration waged a quiet campaign to encourage his retirement. 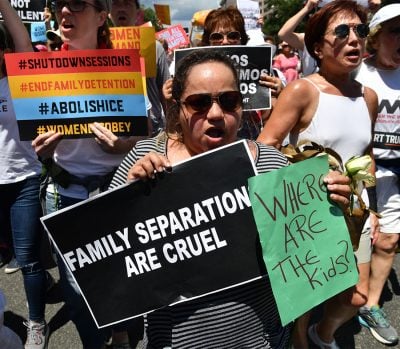 Aren’t there already restrictions on abortion in the US?

Yes, because states regulate abortion access depending on the trimester. And there are already countless ways in which state laws try to keep women from accessing abortion in an open and free manner, according to an overview of abortion laws from the Guttmacher Institute, a policy think tank that focuses on sexual and reproductive rights issues: 43 states prohibit abortions after a certain point in pregnancy except when the woman’s life or health are at risk, 42 states allow institutions to refuse to perform abortions, 18 states mandate women get counselling before an abortion and 37 states require some kind of parental involvement and consent before an abortion can be performed on a minor.

This spring, lawmakers in Ohio proposed legislation to ban all abortions outright. That law would be “blatantly unconstitutional,” a representative from the American Civil Liberties Union’s Reproductive Freedom Project told The New York Times. But if fundamental protections provided by Roe v. Wade are subtly and gradually dismantled, that blanket constitutionality could be placed at risk.

What could happen to Roe v. Wade if an ultra-conservative judge is appointed?

It’s possible that a newly constituted Supreme Court could overturn Roe v. Wade outright, though according to a number legal experts who spoke with Vox, that is unlikely. But the addition of an anti-abortion conservative justice to the bench could erode laws that have protected reproductive rights for decades by tipping the scales in favour of supporting laws that do not put the autonomy of women’s bodies first, many of them say.

“Assuming as I think we safely can, that Justice Kennedy is replaced by someone who opposes legal abortion, his retirement is likely to impact the existing constitutional right of women to choose abortion in cases of unwanted pregnancies not so much because it will bring about the immediate reversal of Roe v. Wade,” Columbia Law School professor Carol Sanger told Vox, “but because it makes it more likely that the Supreme Court will give the states more room to decide what regulatory constraints on abortion are valid.”

Four states are prepared to automatically criminalize abortion should Roe v. Wade be overturned, the Guttmacher Institute also notes, while 10 states currently have bans on abortion that cannot be enforced due to the Supreme Court ruling. Seven states have laws that express interest in restricting abortion to the maximum extent in the absence of Roe v. Wade.

Reproductive rights activists are already warning of a future in which women will have to travel from state to state to access abortion — something that is not possible for all.

So we are back to “if you can travel, you can have an abortion.” And the realization that many can’t. the poor can’t. Undocumented can’t. I would expect a federal “no minors can get an abortion in another state” bill, so under 18 can’t.

Planned Parenthood Action and other reproductive rights organizations are now pushing a campaign (with the hashtag #WhatsAtStake) to get Americans to lobby their senators to vote down any potential pro-life nominee the president puts forward.

THIS IS NOT A DRILL: OUR RIGHTS ARE AT RISK.

Tell your senators NOW: reject ANY #SCOTUS nominee who will put Roe v. Wade and our right to safe and legal abortion in jeopardy. https://t.co/1vAYOIdOBL #SaveSCOTUS #WhatsAtStake pic.twitter.com/73sMbLpJp3

What has Trump said about his intentions for the Supreme Court?

During the last presidential campaign debate in October 2016, Trump made it clear he would appoint more conservative judges to the Supreme Court, with the express purpose of revisiting Roe v. Wade. “If we put another two or perhaps three justices on, that’s really what’s going to be, that’s what will happen,” he said. “And that will happen automatically in my opinion, because I am putting pro-life justices on the court.”

Early Tuesday, Trump tweeted that he has already been interviewing potential replacements for Kennedy and will announce his pick for Supreme Court appointee within the week:

I interviewed 4 very impressive people yesterday. On Monday I will be announcing my decision for Justice of the United States Supreme Court!

Reproductive rights activists believe Trump’s leadership has emboldened anti-abortion lawmakers in states across the country. Last year, 19 states enacted 63 restrictions on abortion. According to the Guttmacher Institute, that’s the highest number since 2013.

But does he really get the final say?

Nope. The Senate gets the last word on Supreme Court nominees, meaning Trump’s pick would have to be confirmed by senators with a 51–49 majority. Yes, the Senate is controlled by the Republican party, but that doesn’t mean they’re going to back any candidate Trump chooses. On Thursday night — the day after Kennedy’s announcement — Trump met with six senators who will be key (and will likely be heavily lobbied by activists on both sides of the issue, according to NPR) to swaying the vote one way or the other.

Those following the issue closely expect moderate Republican senators Susan Collins of Maine and Lisa Murkowski of Alaska (who were brought into that Trump meeting) will be under a lot of pressure from reproductive rights activists to vote against a pro-life justice candidate. Collins said this weekend she will not support any nominee she believes would vote to throw out Roe v. Wade.

By all accounts, whoever is chosen as Kennedy’s replacement will not have to wait long until he or she is faced with an abortion-related case, writes Jennifer Haberkorn at Politico. “A slew of abortion-related cases are working their way through lower courts, dealing with questions about when abortions should be allowed, or which procedures doctors can perform to terminate a pregnancy.”