The enlightened statements of two Canadian judges show how the legal system can work for survivors. 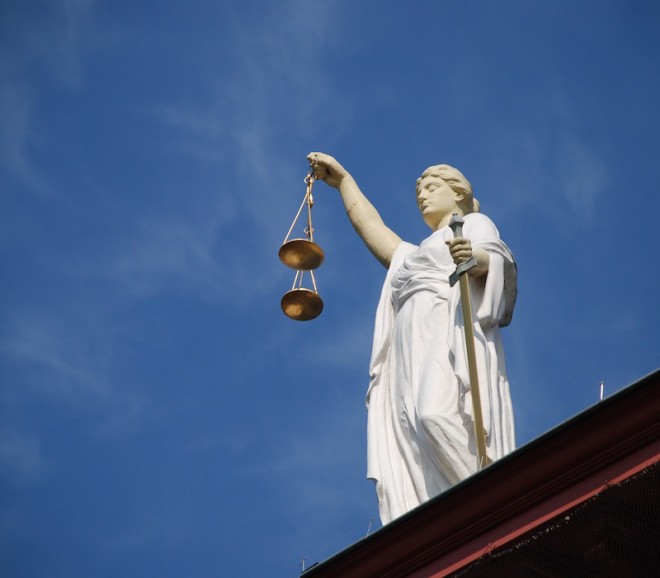 “Rape it was,” Judge Marvin Zuker said in a Toronto courtroom last week, delivering his ruling in a sexual assault case. “No confusion. No uncertainty from this court.” In a culture and a legal system that can frequently be punishing and humiliating to victims, Zuker’s extraordinary, far-ranging and passionate 179-page decision was, as Catherine Porter put it in the Toronto Star, “revolutionary.”

Zuker’s comments were followed this week with an equally powerful ruling in a separate sexual assault trial in Alberta. In an appeals case involving the harassment and groping of a teenage girl at her high school, Madam Justice J.E. Topolniski used her decision to remind the legal community that “no” does indeed mean just that. The original judge had found the assailant not guilty based on the fact that the victim, who fought back, perhaps didn’t make her objections clear. As Topolniski dryly noted, consent is “not a difficult concept.”

The Toronto case involved Mustafa Ururyar and Mandi Gray, two graduate students at York University who had been hooking up for a few weeks last January. One night they met up at a bar and later went back to Ururyar’s house. On the way, Gray says, he became angry with her, calling her “needy” and a “slut.” Back at his house, he raped her orally and vaginally. (Ururyar maintains the sex was consensual.) Like many sexual assaults, there were no witnesses and the evidence was not definitive. Like many sexual assault trials, then, it came down to a matter of credibility. Who do you believe? Whose story sounds most plausible?

Answering these questions typically involves dissecting the victim’s behaviour and trustworthiness. Had she been drinking? Was she flirtatious? When she said “no” did she really mean it? How strenuously did she resist? Did she act victim-y enough the next day?

On this, Zuker was unequivocal, and it’s worth quoting his decision at length: “The myths of rape should be dispelled once and for all,” he wrote. “It doesn’t matter if the victim was drinking, out at night alone, sexually exploited, on a date with the perpetrator, or how the victim was dressed. No one asks to be raped….  There are many misguided conceptions of what constitutes a ‘real’ rape or how a ‘real’ victim of sexual violence should behave (ie scream, struggle to the utmost and report immediately). No matter how sophisticated the law is, any allegation that derogates from the stereotype is likely to be approached with a degree of suspicion.” 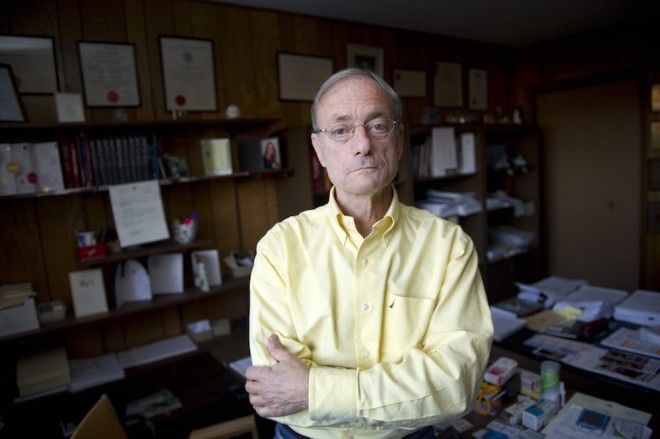 To grasp just how remarkable this decision is, remember that it took place just months after Jian Ghomeshi was tried on assault charges, in a courtroom in the same building. In Ghomeshi’s trial, the credibility of the victims was a key point, particularly in how they acted in the aftermath. (Lucy DeCoutere had sent notes and flowers to Ghomeshi.) Judge William B. Horkins noted that it was unfair draw inferences from this behaviour. “I acknowledge that this might be part of her effort, as she said, to normalize the situation,” he said. But then he concluded that withholding this behaviour from the court “reflect[ed] very poorly on Ms. DeCoutere’s trustworthiness as a witness.”

One of the most troubling aspects of Horkins’ ruling was that it didn’t further the conversation about sexual violence and consent, or address the reluctance of women to come forward, or suggest how the criminal justice system can improve how it handles sexual crimes. Watching the highly publicized case, and hearing what was said about the women involved, it’s hard to imagine that any women in the future would be willing to go through a trial themselves. What if they weren’t “perfect” victims either?

Horkins’ censure was mild compared to other judges. The conduct of Robin Camp, a federal court judge, is currently under review, for a 2014 case he adjudicated in an Alberta provincial court. He asked the 19-year-old victim, who said she was raped in a bathroom at a house party: “Why couldn’t you just keep your knees together?” and, “Why didn’t you just sink your bottom down into the basin so he couldn’t penetrate you?” Camp also told her that, “Sex and pain sometimes go together; that, that’s not necessarily a bad thing.” (Yes, this is something that was said to a woman in a Canadian court in 2014. And yes, despite the fact that then–Justice Minister Peter McKay was made aware of this case, he still chose to promote Camp to the federal bench in 2015.)

Of course, Camp is not representative of all his colleagues, but his attitudes about sexual assault are not uncommon. Women have learned that unless all the evidence lines up in a neat and irrefutable narrative of evil abuser and unblemished victim, which it rarely does, then they will be on trial alongside their rapist. So when Zuker wrote in his decision, “We cannot perpetuate the belief that niceness cannot coexist with violence, evil or deviance and consequently the nice guy must not be guilty of the alleged offence,” it was a groundbreaking debunking of a central myth about rape.

As for Alberta appeals decision by Topolniski, that case involved a teenaged boy who catcalled and then groped, slapped and attempted to kiss a girl at his high school while she fought him and told him to stop. The original judge, Michael Savaryn, had said that because the girl later tried to “laugh off” what happened, she had likely not been clear in conveying her lack of consent.

Here’s what Topolniski had to say to that: “Consent means ‘Yes.’ The word ‘No’ does not mean ‘Yes.’ The word ‘No’ coupled with fending off an attacker with a water bottle does not mean ‘Yes.’ There is nothing ambiguous about it…. [T]he complainant’s state of mind after the incident is irrelevant to the question of consent. Indeed, the trial judge’s consideration of the complainant’s post-incident conduct is indicative of sexual stereotype about how victims of sexual assault will behave…. The requirement that a complainant raise the hue and cry has long since passed into the mists of time.”

Together, Zuker and Topolniski’s rulings offer hope that the legal system is evolving in its understanding of how sexual assault happens and the barriers victims face in seeking justice. Mandi Gray has been cautious about how much the guilty verdict in her case should be celebrated. “It’s really sad that the legal system is quite literally doing what it’s supposed to and we’re all shocked. I think that says a lot,” she told reporters outside the courthouse. “I am tired of people talking to me like I won some sort of rape lottery.”

She’s right, of course. All victims should be able to expect a hearing that is fair and free from bias. But until that’s a reality, I’ll see these rulings as a victory nonetheless.