Symptoms of Zika are low-grade fever, rash, conjuctivitis and headache lasting up to a week. 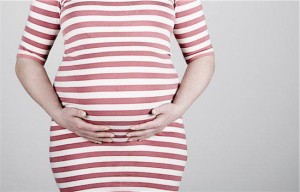 Two pregnant British Columbia women who have tested positive for the Zika virus face frightening days ahead, but most Canadians don’t need to worry about the virus transmitted by mosquitoes, health experts said Tuesday.

The pregnant women are among seven British Columbians with confirmed cases of Zika virus, which has been linked to birth defects.

Officials at the B.C. Centre for Disease Control and the provincial health office said the confirmed cases resulted from tests of 635 people who recently travelled to areas where the virus is spread by mosquitoes in South America, Latin America and the Caribbean.

“This number of seven people testing positive is just over one per cent of that number, so it indicates a pretty low level of exposure,” said Dr. David Patrick, an epidemiologist at the B.C. Centre for Disease Control.

Five of the seven confirmed cases are women, he said. The two pregnant women are being monitored regularly by their family doctors and are being checked by experts at the B.C. Women’s Hospital in Vancouver. “At this point, nobody’s been hospitalized and we have not heard of any pregnancy complications associated with these women,” said Patrick. “It’s the minority of Zika-affected pregnancies that end with an unfortunate outcome. We can be hopeful for these women.”

Zika virus in pregnancy is associated with microcephaly in newborns, a condition associated with an abnormally small head and brain. More than 30 countries in South America, Latin America and the Caribbean have reported the virus. Zika virus is transmitted by the Aedes mosquito, known for transmitting other viruses like Dengue and West Nile. Symptoms of Zika are low-grade fever, rash, conjuctivitis and headache lasting up to a week.

Dr. Bonnie Henry, B.C.’s deputy medical health officer, said there have been about 50 confirmed Zika cases in Canada. She said there is currently no vaccine or treatment for the virus, and current data indicates about one per cent of pregnant women with the virus have children with birth defects. “The two women are being followed very closely,” Henry said. “It’s a bit frightening for these two women, that’s for sure, and we’re going to have to wait and see.”

She said health officials are recommending that pregnant women or women planning to get pregnant not travel to areas where Zika is circulating. “We just don’t know what the risk is,” Henry said.

There have also been reports outside of Canada of both sexual transmission and transmission of the Zika virus through the blood supply. Patrick said there is little chance of the virus becoming an epidemic is Canada. He said it ranks well below the relatively recent Canadian epidemics associated with the SARS and avian influenza. “This is a big issue for the Brazilian Ministry of Health and the Colombian Ministry of Health, but on the scale of things for Canadians, we’re a side show,” he said.

More:
I tried to warn women about Jian Ghomeshi — and it nearly destroyed my life
Sophie Grégoire Trudeau on life in the global spotlight
Memoir: The baby girl I almost had