Toronto Transit Has A New App To Report Harassment: 'We Should Be Accountable'

The #ThisIsWhere campaign and SafeTTC app are an attempt to 'own the issue' of unwanted attention on transit vehicles — and give people a direct line to help. 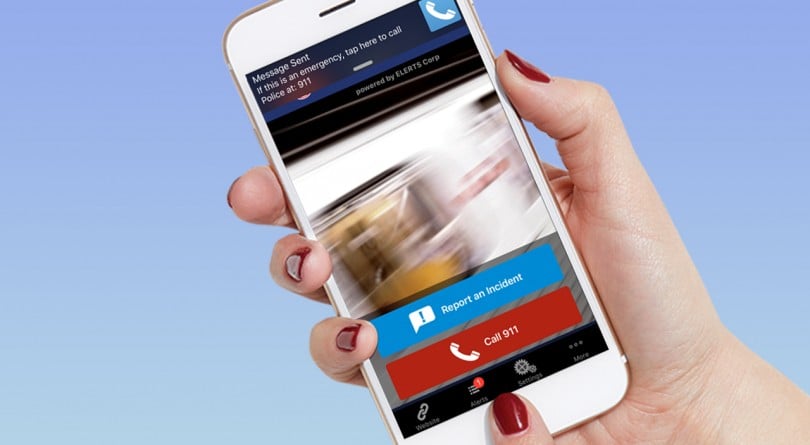 A stranger appears at a woman’s streetcar stop every day before following her aboard, sitting next to her and stroking her hair. A man spits at a woman on a bus after she rejects his advances. A same-sex couple gets screamed at on a nearly empty subway car by a man claiming he can turn them straight.

Starting this week, users of Toronto’s transit system, which has a 57 percent female ridership, will see these based-on-real-life stories of harassment posted in the Toronto Transit Commission’s subways, buses and streetcars as part of a public awareness campaign to “own the issue” of unwanted attention on its vehicles, a problem on public transit across the country. The TTC is also rolling out a new app to accompany the #ThisIsWhere campaign that will let riders report incidents directly.

“We should be accountable for these incidents,” says TTC spokesperson Brad Ross. “We’re not shirking away from it, we’re letting our customers know that this happens. We acknowledge it and here’s what we’re trying to do to combat it.”

The launch comes as the TTC is in the news for other reasons: police are investigating a TTC operator after he allegedly punched a passenger; separately, a man was caught on video on Tuesday dumping a bucket of mop water on a woman.

Here’s a quick breakdown of the new app and campaign:

How does the SafeTTC app work?

The free app, available for iPhone and Android as of Sept. 6, is designed so riders can discreetly report any kind of personal safety issue directly to the TTC, whether it’s happening to them or another passenger (but, if it’s an emergency, the TTC says you should still call 911).

The TTC wants riders to use the app to take and submit a discreet photo or video, if possible. Users can type details of the complaint beneath, and choose the type of report (sexual assault/indecent act, harassment, other, for example), the location and anonymity, if preferred. When transit control gets the complaint, trained employees are to immediately respond via the app (which will show a push notification when they answer). Transit enforcement constables will also be in the control centre in the first few weeks to make sure everything runs smoothly.

If the control desk doesn’t answer within five minutes with questions such as “is the harasser still in the vicinity?” and “do you feel safe?,” the complaint will get passed on to transit constables to respond. The control team will assess the danger, sending officers and halting the train, if necessary. If the complainant reports being touched, they will offer to dispatch transit enforcement and the police. They’ll follow up the same way if a bystander reports witnessing this kind of unwanted attention, says TTC communications manager Susan Sperling, but it’ll be flagged as a report from the community and not the victim herself.

“We can’t expect bystanders to perfectly read a situation,”adds the TTC’s head of customer communications Cheryn Thoun. “But they can report it if they really feel like [the person] looks very uncomfortable, or like she doesn’t want to be there.”

The TTC now has WiFi in all of its subway stations, which needs to be enabled on phones to ensure the reports get through.

Why was this campaign launched?

Reports of sexual assaults on the TTC are on the rise. In 2015, the transit commission got 67 reports of unwanted touching of a sexual nature, and 85 in 2016. By the end of July, there have already been 55 reports made directly to the transit authority. It’s hoped that #ThisIsWhere helps to curb any kind of harassment, whether it’s based in gender, sexuality, race, ability, or otherwise.

The TTC also wants to track any potential patterns of harassment, Ross says. “There may be a serial pick-up artist harassing women every Tuesday morning at 10 a.m. going northbound [on a certain subway line],” he says. “That gives our special constables some intel to then investigate . . .. then they can ride the system and find this guy and do something about it.”

What kind of avenues were people using before this to report harassment and feel safe on the TTC?

Riders would often share their experience of assault or harassment on social media, which is a very public forum and doesn’t give the TTC enough information to respond, Ross says. There is also the stop request program on city buses (in which anyone who feels unsafe at night can ask the driver to drop them off between stops) and Designated Waiting Areas, which are next to a phone, on subway platforms. The safety app is a new approach for the TTC.

Is the TTC the first transit system to develop an app to report harassment?

No. The app is an “off-the-shelf” product from United States-based safety app maker Elerts Corp., which has developed anti-harassment reporting apps for 11 other transit systems in America. In 2014, Metro Vancouver Transit Police released an app that lets riders report crime in real time after riders complained about sexual harassment on its vehicles. Made by a different tech company than the TTC app, On Duty functions in a similar manner, allowing any riders who feel threatened to talk directly with police via the app. However, Torontoist reported last year that it’s only been downloaded by roughly two percent of Vancouver residents since 2014.

Does the TTC expect it will lead to improvements?

The TTC expects a spike in reports after the launch of the app and the awareness campaign, which will consist of ads, stickers and decals on vehicle windows and handrails, and videos on social media. The number of reports may taper off after a certain period of time, at which point they’ll analyze the data and use it to inform any future policies that can make transit even safer for riders.

News of the app was met with some criticism last year, including questions about how the data will be used, and concern that the app would be an attempt at a quick fix for a complex problem. “It’s not a panacea,” says Ross. “It’s another tool people can use.”

The TTC have both men and women working in the control centre responding to these complaints, says Sperling. She hopes people who might otherwise feel weird or silly calling the police about a case of unwanted attention might consider reporting through the app. “Maybe there’s something empowering about reporting it – maybe it’s a question of feeling better because you did something and you didn’t just sit there passively,” she says.