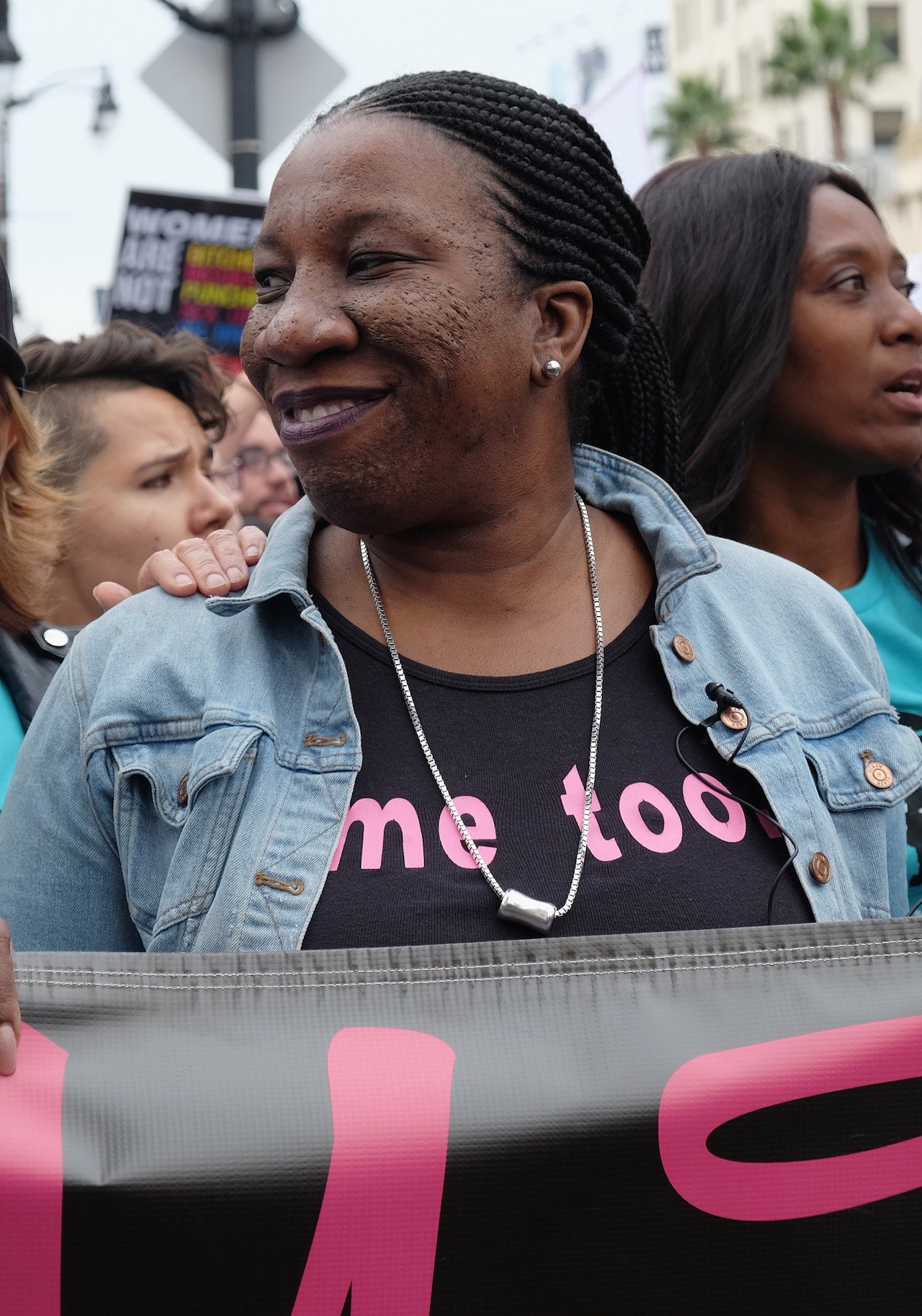 It’s been one helluva year.

Instead of crowning shortlist contender U.S. President Donald Trump for a second year in a row, Time made a smart move and named the #MeToo movement, referred to as “The Silence Breakers,” as Person of the Year 2017.

“The galvanizing actions of the women on our cover — Ashley Judd, Susan Fowler, Adama Iwu, Taylor Swift and Isabel Pascual — along with those of hundreds of others, and of many men as well, have unleashed one of the highest-velocity shifts in our culture since the 1960s,” wrote‎ Edward Felsenthal, the magazine’s editor-in-chief.

“Social media acted as a powerful accelerant; the hashtag #MeToo has now been used millions of times in at least 85 countries.”

From Rose McGowan to Selma Blair to Terry Crews, Time recognized this group of women and men for bringing widespread attention to the prevalence of sexual harassment and named them “the voices that launched a movement.”

The Silence Breakers are TIME's Person of the Year 2017. Read the full story on TIME.com. Photographs and cover composite by Billy & Hells for TIME; animation by @brobeldesign. #TIMEPOY

Within the star-studded group, there are some lesser-known people — and people who are not known at all — whose courage and activism needs to be acknowledged. Here, six of the women from Time‘s Person of the Year, the Silence Breakers, that you should know:

Without activist Tarana Burke, there would be no #MeToo movement. While actor Alyssa Milano was (erroneously) credited with popularizing the hashtag on Twitter after the horrifying reports on Harvey Weinstein came out, it was Burke who coined the phrase back in 1997 while working with survivors of sexual abuse. In 2007, Burke launched Just Be Inc., a non-profit that focuses on the health and well-being of women of colour, and launched a campaign called “Me Too” aimed to support people who’ve experienced sexual assault.

“We have to keep our focus on people of different class and race and gender,” Burke told Time.

As a longtime hotel housekeeper, Juana Melara has experienced multiple instances of sexual harassment. As she told Time, one time a man stood in the doorway of his room, blocking her cleaning cart, with his erect penis exposed. Melara yelled and scared the man into leaving the room.  “Nothing happened to me that time, thank God,” she said.

Hotel housekeepers like Melara have been targets of sexual harassment and violence for decades, yet their stories often go unheard due to the fact they are paid little and often have less power than their perpetrators. Highlighting the prevalence of this issue, Melara told Time that fellow housekeepers didn’t complain about guests who exposed themselves or masturbated in front of them for fear of losing their jobs.

A strawberry picker from Mexico, Isabel Pascual (a pseudonym given to protect her family), spoke out at a march in L.A. after the Weinstein allegations broke to share her own story of sexual harassment. She wanted to give her fellow agricultural workers a voice. As revealed in a 2013 PBS documentary, Rape in the Fields, sexual assault is often the “hidden price” many female migrant agriculture workers pay to keep their jobs.

“I was afraid,” she said. “When the man was harassing me, he threatened to harm my children and me — that’s why I kept quiet… But, thank God, my friends in the fields support me. So I said, enough… I can support other people who are going through the same thing.”

Sandra Pezqueda filed a suit alleging that her supervisor at the Terranea Resort, a luxury retreat in Southern California, pursued her for months. When she rebuffed him, he changed her schedule and cut her hours. "Someone who is in the limelight is able to speak out more easily than people who are poor," she says. "The reality of being a woman is the same—the difference is the risk each woman must take." (Attorneys for the staffing company that employed Pezqueda deny her allegations. Terranea Resort declined to comment.) Pezqueda is among the Silence Breakers, TIME's Person of the Year. Read the full story on TIME.com. Photograph by Billy & Hells for TIME. #TIMEPOY

Sandra Pezqueda, a former dishwasher, says her supervisor at California’s luxurious Terranea Resort pursued her for months, and when she rebuffed his advances, he reacted by cutting her hours and changing her work schedule. Pezqueda has filed a suit against the resort, and the resort denies her account.

“Someone who is in the limelight is able to speak out more easily than people who are poor,” she told Time. “The reality of being a woman is the same — the difference is the risk each woman must take.”

Lindsey Reynolds quit her job as a social media manager at celebrity chef John Besh’s restaurant group due to its sexist culture. Upon her departure, she sent an email to her bosses complaining about the environment, and later filed a complaint with the EEOC, the U.S.’s federal agency that enforces civil rights laws against workplace discrimination. Toronto restauranteur Jen Agg has also written about the rampant sexism in the restaurant industry, and says the “bro” culture in kitchens is still a huge problem.

“After I sent that email, I burst into tears and felt sick to my stomach and was shaking. I was nobody. I’m just a person from a small town in Texas. I have no money, no power, no social standing,” she said. “And they have more power and money than I will ever have.”

Besh has since stepped down.

A corporate lobbyist in Sacramento, Calif., Adama Iwu says she was shocked when she was groped at a political event. She decided to organize an open letter calling out harassment in California’s capital, which was signed by 147 women and sparked a state-senate investigation.