Throwback Thursday: The women of Canada AM

Many of Canada's most notable network TV stars got their start on CTV's long-running morning show, which will sign off for good this Friday. 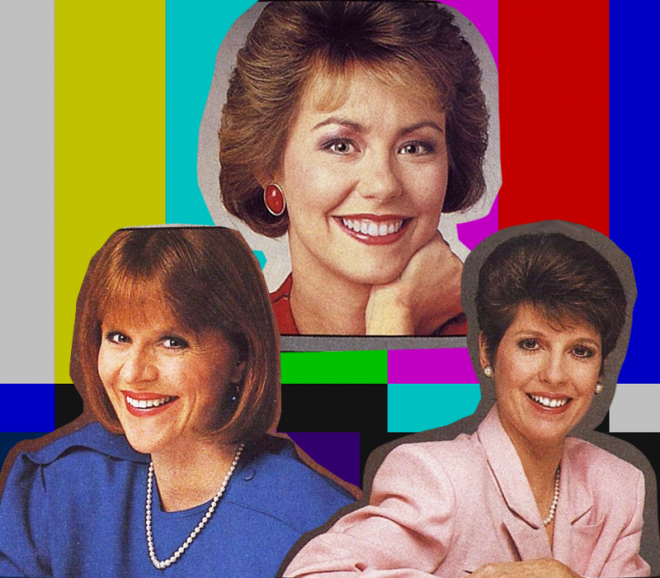 The Canadian TV stars: Ladies. In “The New Wave of Network Women,” Chatelaine writer John Lownsbrough praised five network television notables for their reporting chops and on-air savvy. Coincidentally, three of them were alumni and future stars of CTV’s morning series, Canada AM, which is being cancelled after 43 seasons. Then a co-host of the current-affairs program, Linda MacLennan was lauded for her “sunny, girl-next-door personality” and her prolific interviewing skills, having logged more than 700 tête-à-têtes with guests ranging from composer Marvin Hamlisch to Jackie Collins. (MacLennan’s then-co-host Norm Perry complimented her “marvellous eagerness,” saying, “You don’t take on Canada AM and lead a normal lifestyle.”)

Also tapped in the roundup were the “tenacious” Sandie Rinaldo — who became the first woman in the country to anchor a network newscast when she joined the program in 1980 — and the “perky” Valerie Pringle, who was described as a “Yuppie Maggie Muggins,” and would join Canada AM a few years later in 1992.  “Whether any of them does attain the sort of career pinnacle now enjoyed by Barbara Frum is anyone’s guess,” Lownsbrough pondered, hilariously. “But time and their achievements are on their side.”

More:
Irradiated beef could be in stores soon—but what exactly is it?
A woman-only taxi service is coming to Canada
A woman should be the next Bond. Here are 8 options