The uproar over taxpayer-funded nannies for the prime minister's kids rests on some very antiquated ideas about child care. 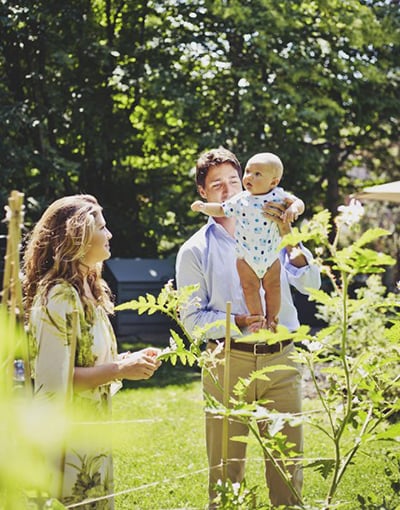 We’ve had our fun with the entitled brats in Ottawa: the members of parliament who throw temper tantrums or refuse to keep their hands to themselves; the senators who fail at math or sulk when served cold Camembert. But as this week’s ginned-up outrage over “nannygate” reminds us, the real babies in the nation’s capital are Xavier, Ella-Grace and Hadrien Trudeau, who have the nerve to expect supervision, regular snacks, a consistent bath and bed time and the odd diaper change while their parents are at work.

And the trio’s parents are busier than most of us these days, with their father running a country and their mother doing the soft-diplomacy work demanded of the spouse of a head of government. The children have two occasional nannies, whose salaries, it was just reported, come out of the general housekeeping budget allotted to the prime minister’s family. This has led to varying degrees of outrage across social media and in the press. There’s the explicit criticism of the prime minister’s hypocrisy, since during the campaign he spoke out against Conservative tax and benefits policies that favoured wealthier families (like his) over poor ones. And then there’s the veiled critique of Gregoire-Trudeau’s approach to mothering.

Let’s take the hypocrisy argument first. That would carry more weight if the uproar were also about all the other expenses associated with running an official residence. For reasons both symbolic and practical, the prime minister and his or her family need to live in a home that is at once grand enough to host receptions and secure enough to function as a government office. The prime minister is not expected to pay for the running of this rarified household. We citizens and taxpayers cover that: We pay for the cooks and cleaners and snow shovelers and gardeners and drivers and security guards. Yet none of these salaries has caused a fuss. Nor have the salaries of those who work at Rideau Hall and Stornoway — though it would be far cheaper to house the governor general and the leader of the opposition in rental condos in ByWard Market and have them do their own dishes and vacuuming. What’s more, no one is seriously proposing dumping 24 Sussex — the official PM residence in such desperate need of repairs that the Trudeaus haven’t been able to move in — even though the estimated costs of renovations (to be covered by tax payers) are upwards of $10-million.

Only someone unaware of the effort and work involved in raising kids would consider the care of the prime minister’s children an “unessential” household expense. Are the people who watch the Trudeau children less necessary than the people who maintain the family’s car? The Trudeaus aren’t the first family to pay for child care from the household budget: Brian Mulroney had a nanny (though, perhaps to avoid similar criticism, he called her a maid). But if there are questions about the nannies’ salaries, maybe we could start with why their fees are so low. At $15 to $20 an hour during the day — and $11 to $13 an hour at night — for official prime ministerial babysitting, Canadian taxpayers are getting off cheap.

What’s been unsaid in the criticism (but is nonetheless understood by many women) is that this is in part a judgment on Sophie Gregoire-Trudeau — a mother who, like most mothers, gets criticized when she is seen as not taking care of her kids properly, especially since being the prime minister’s spouse isn’t considered a real job. While she wasn’t elected to office, however, she does have an official role with expectations and demands: She must be at her husband’s side whenever tradition or ceremony dictates, as well as represent her country at political events and global conferences, and be a spokesperson for social causes. Like all families, there will be a work-life crunch when it comes to looking after the kids. The Trudeaus have done what all other working parents have to do. They brought in extra help. There is nothing controversial or unusual about that.

There is another option, of course: When he’s working, the prime minister could bring his children to the House of Commons and let them run around during Question Period. Amid all the other meltdowns and general silliness, the kids would probably feel right at home.

Related:
Are we allowed to call Justin Trudeau hot?
Exclusive photos of the Trudeau family at home
The Chatelaine Q&A: Margaret Trudeau