A by-the-numbers breakdown of what you need to know. 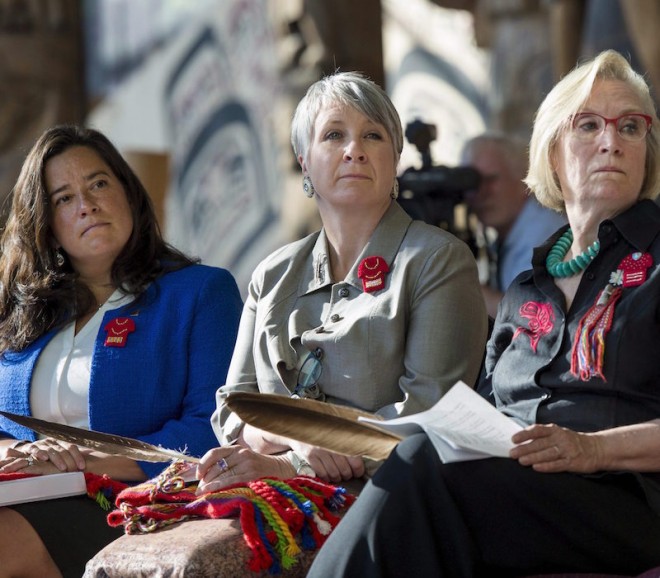 At an emotional event in Gatineau, Que., on Wednesday, the Liberal government delivered on one of its key election promises: It revealed the details of its much-anticipated inquiry into Canada’s missing and murdered indigenous women and girls. Indigenous Affairs Minister Carolyn Bennett, Justice Minister Jody Wilson-Raybould and Status of Women Minister Patty Hajdu outlined the terms of the inquiry, which will examine the root causes of why indigenous women experience a disproportionately high level of violence. For her part, Bennett deemed the inquiry “an important step on our journey of reconciliation with the indigenous people of Canada.”

Below, the key facts and figures that arose from this morning’s announcement.

$53.8-million
Expected cost of the inquiry — $13.8 million more than what was previously anticipated.

$16.17-million
Additional funding intended to supplement existing victims services, including new Family Information Liaison Units that will connect families of those who have gone missing or been murdered to resources.

17
Number of pre-inquiry consultations held in 2016.

More:
What we need to learn from the life and death of Tina Fontaine
Why the Liberals need to get the MMIW inquiry right
Justin Trudeau’ new cabinet is a dream team — and here’s why