The four-year battle in northern Syria that has claimed thousands of casualties came to a head this week. 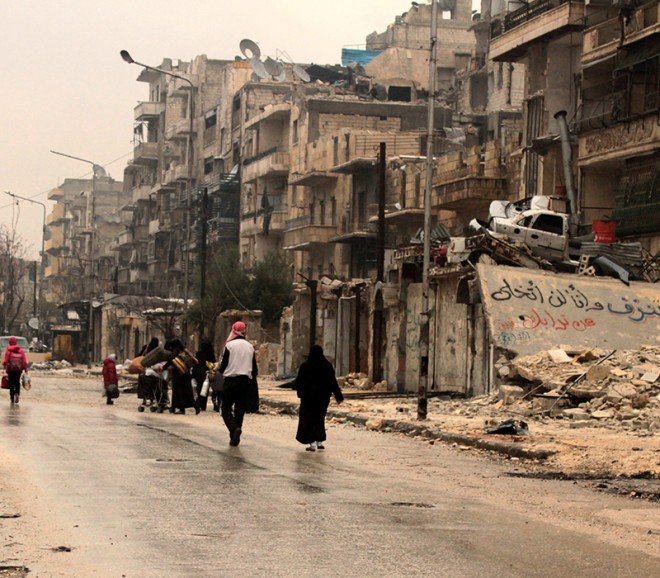 Once known as “the jewel of Syria,” the city of Aleppo is now a bombed-out shell of itself after a four-year-long battle for political power came to a head this week. On Monday, government forces took back the rebel-held city of 2 million, but not before widespread fighting and massacres claimed the lives of 82 people, including 13 children. (Between 300,000 and 400,000 people have been killed since the war in Syria broke out in 2011). As UN humanitarian spokesman Jens Laerke put it, there has been “a complete meltdown of humanity in Aleppo.” Syrians dispatched desperate goodbyes over social media as bombs dropped overhead.

A ceasefire deal that allowed thousands to be evacuated was suspended on Friday. It’s just the latest event in a rapidly unfolding crisis. Here’s what you need to know — and what you can do from here at home.

What is going on in Aleppo now — and how did we get here?

The war in Syria started in 2011 when authoritarian president Bashar al-Assad cracked down on activists who were demanding more civil liberties, democratic rights and economic opportunities. A rebel army formed and entered a civil war with the Syrian government. In 2012, the rebels took control of the eastern parts of Aleppo, proving they could get support from the more populated urban areas. Since then, four million Syrians have fled the country, 50,000 of them from east Aleppo. In the November, the government aggressively pursued control of eastern Aleppo through bombings and airstrikes. Russia backed the Assad regime by dropping bombs from its own warplanes. The rebels agreed to a ceasefire, which stopped most of the bombings for the time being (until they started again). In an interview posted on his own social media channels, Assad crowed about the takeover of Aleppo, calling it a “liberation” that warrants “congratulations.” 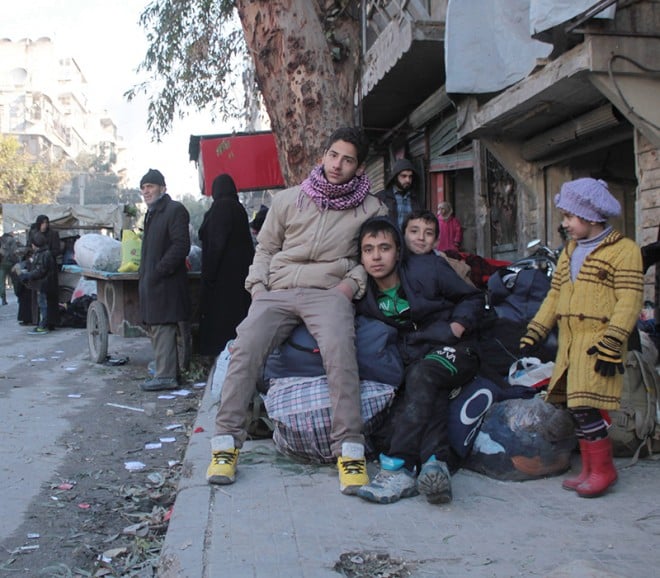 Children sit with their baggage during the evacuation this week in Aleppo. Photo, CP

What is Canada doing?

Canada has so far decided not to involve its military. “What is happening in Aleppo is tragic and it needs to change,” federal Defence Minister Harjit Sajjan told reporters Thursday. He said Canada’s military will instead keep focused on Iraq. The comments follow his plea on Tuesday for Syrian and Russian leaders to take a “strong look at themselves” and stop what has become a crisis in which the “human suffering is unimaginable.” In the meantime, Canada remains a leader in welcoming Syrian refugees, facilitating 36,393 arrivals since last November. There has been no increased commitment to help on the humanitarian front yet.

The CBC’s Margaret Evans and the BBC’s Lyse Doucet have been on the ground in Aleppo, talking to residents directly impacted by the crisis. Freelance journalist Zouhir Al-Shimale has been reporting on the carnage, keeping a chilling reporters’ notebook in which he chronicles what it’s been like to watch his city under siege.

More than 300,000 people have followed the conflict through the Twitter account for Bana Alabed, a little girl in eastern Aleppo who has begged the international community to help. This is what she tweeted early Tuesday.

My name is Bana, I'm 7 years old. I am talking to the world now live from East #Aleppo. This is my last moment to either live or die. – Bana

What you can do to help

Donate to aid organizations on the ground, which include the United Nations Refugee Agency, the Canadian Red Cross, Oxfam Canada, Care Canada and Doctors Without Borders. The Syria Civil Defence, known as The White Helmets for the protective gear they wear as they rescue Syrians from the rubble, also takes donations.

Canadians can also privately sponsor refugees through groups and agencies across the country. Lifeline Syria in Toronto says it has a backlog of 2,000 Syrians waiting to come to Canada. Community engagement manager Seher Shafiq told Global News Canadians can create their own sponsorship group of four or five people, or Lifeline Syria will match interested parties with others who can share the cost (it can cost $12,600 to sponsor an individual refugee, and $27,000 for a family of four).

More:
Three babies, three doorsteps: cracking a 40-year-old mystery
I’m a liberal joining the Conservative party. Here’s why
I was happily married with kids. Here’s why I had an abortion